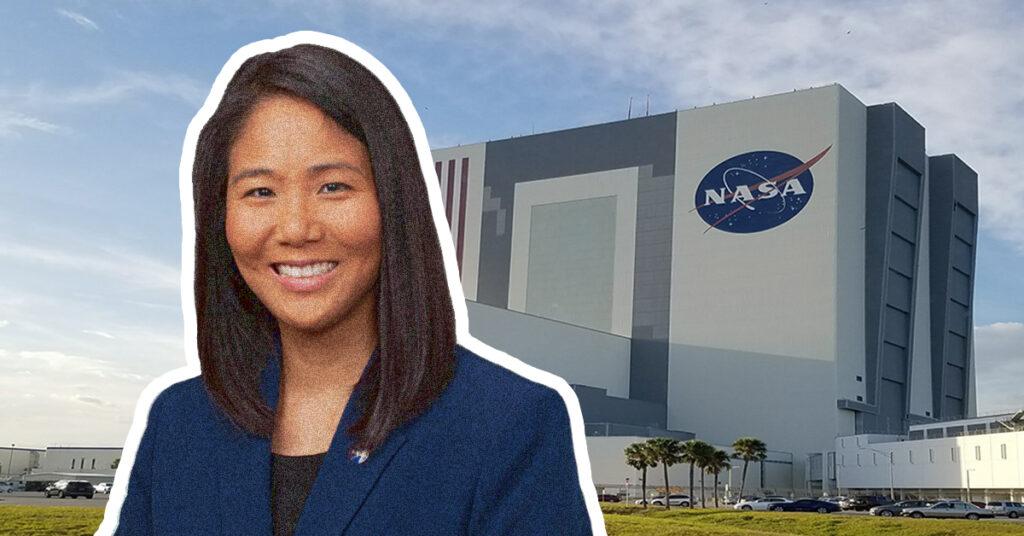 Humanity loves stories, whether they’re about wonders long gone, modern-day marvels, or the mysteries of the cosmos. Stories can excite, inform, entertain, inspire, and even enrage.

And when a story is powerful enough, it can influence the way one makes choices—choices that eventually create equally powerful narratives themselves.

Just like the story of Engr. Josephine Santiago-Bond, the Chief of the Kennedy Space Center (KSC) Safety and Mission Assurance Institutional Division at the National Aeronautics and Space Administration (NASA).

“I was a senior at Philippine Science High School (PSHS) while my friend Rose was a freshman at the University of the Philippines (UP),” shared Santiago-Bond, formerly the Head of KSC’s Advanced Engineering Development branch, in an email interview.

Having known her since grade school, Rose was someone Santiago-Bond looked up to. “When she visited PSHS, my friends and I were huddled around her at the front lobby while she was casually sharing her college experiences. I don’t think she meant to convince us to go to UP or take any particular course, but her stories were powerful in describing the environment at the UP College of Engineering, and that made me want to study there.”

Rose had mentioned Electronics and Communications Engineering (ECE) as one of the newer programs offered at the university, piquing Santiago-Bond’s curiosity. Later on, she found out that the growing telecommunications and semiconductor industries offered exciting employment opportunities for ECE graduates.

“Mobile devices such as laptops, pagers and cellphones were just becoming popular with my generation, and a potential career involving something high tech like that got me excited enough to apply for admission to the ECE program,” recalled Santiago-Bond. And so, at 17, she entered UP to pursue the male-dominated engineering field. “It could not have better prepared me for the real world.”

After she finished her studies in UP, a series of family-related decisions brought Santiago-Bond to South Dakota.

Instead of pushing through with her telecommunications dream job, she explored employment opportunities in the United States. At the time, the semiconductor industry was suffering a decline.

In 2002, she landed her first engineering job designing scoreboards for Daktronics, an American electronics company. Simultaneously, she pursured her master’s degree in Electrical Engineering at South Dakota State University (SDSU), which was only a few miles from her new home and workplace.

To reduce her tuition, she took on a second job as a teaching assistant, and later as a research assistant for a project funded by NASA’s Space Grant Consortium.

It was this research assistantship that opened a door for her to work at the space agency.

Up until this point, working at NASA was not one of Santiago-Bond’s goals. Though she was an American citizen by birth, she grew up in the Philippines, where NASA isn’t really as prominent in the collective consciousness.

However, things started to change in 2003. “My research required me to spend one summer at KSC to perform some experiments that SDSU facilities could not support,” said Santiago-Bond.

Her internship experience helped her realized that her passion and mission were aligned with those of the people working at NASA. It also helped that her family and friends were so enthusiastic and supportive of her NASA-bound trajectory.

When she finished her studies at SDSU in 2004, she was offered a job at KSC as an electronics engineer, which started her 17-year (and counting) career at the agency. 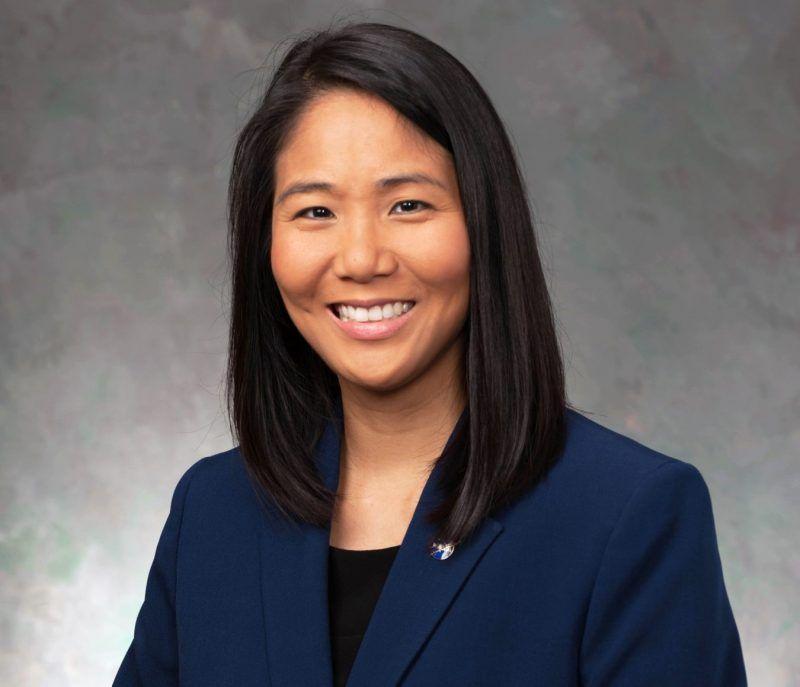 According to Santiago-Bond, working at NASA has made her feel valued as an employee with unique abilities and experiences. “I am empowered to embrace diversity in all its forms and am expected to practice inclusion, not just because they are nice to do in addition to my real work, but because they are central to our mission success.”

Due in large part to their portrayal in pop culture, we tend to think of NASA scientists and engineers as stereotypical “nerdy” types. Based on Santiago-Bond’s experience, though, this couldn’t be further from the truth.

“Most of us are well-rounded people who work hard and play hard. We cultivate our work relationships, share our heritage, have potlucks, play team sports, wear team shirts, and throw baby showers. We are an extended family.”

NASA’s talent pool has noticeably and increasingly reflected diversity and uniqueness over the years. The agency’s teams are now more diverse in terms of race, gender, and age, for starters.

Santiago-Bond even shared some amusing observations about NASA employees’ fashion and lifestyle choices.

“Very few people at NASA continue to wear the white shirt-black pants-pocket protector combo these days. Nobody smokes anymore while working at the Launch Control Center in Florida, or Mission Control Center in Houston, not even in stressful situations (think Apollo 13). Smoking in NASA buildings was banned 30 years ago.”

Above everything else, Santiago-Bond’s favorite part about working at NASA is the agency’s positive environment, as well as its policies that support work-life balance.

Santiago-Bond shared that after more than a decade of being married to her husband Chris (who also works at KSC) and years of being a mother, her priorities had changed.

“NASA has continued to provide me with plenty of challenging developmental and leadership opportunities over [the course of my career,] while giving me flexibility to be there for my family especially when it matters the most.”

As she rose through the ranks, her perspective on success evolved as well. “My measure of success is no longer in doing the exciting projects myself, but in creating a safe and positive environment for my employees to bring their whole selves to work, and be their best while working on their projects.”

Under Santiago-Bond’s leadership, she helped facilitate an environment where her employees were encouraged to fully demonstrate their skills and capabilities.

One example of this is Electrodynamic Dust Shield (EDS) technology, a project that involved one of her employees during her time as Advanced Engineering head.

Designed to mitigate dust problems for human and robotic space explorers, EDS technology is expected to play an even bigger role in missions to the Moon, Mars, and beyond in the future (though the Mars 2020 Perseverance Rover does not carry this technology).

“The Mars Exploration Rover Opportunity may have been able to survive the 2018 planetary dust storm that covered its solar panels if we had the EDS technology 15 years ago,” mused Bond.

Any job comes with its own set of challenges—and being a leader at an internationally renowned space agency is no exception.

“My least favorite thing about my job is when the focus of our mission shifts and some projects must end,” shared Santiago-Bond. “Employee morale takes a deep dive every time a project ends prematurely, even with logical rationale. It is difficult especially for those who devoted years of their lives working on the project and have made personal sacrifices.

“While the employees need time to grieve and recover, the closeout process usually requires them to wrap up the project swiftly, while I coordinate new assignments with them. It is emotionally turbulent for everyone involved including myself, but I also view it as a leadership challenge for me to re-assign them to a project that is better aligned with the organization’s needs, an assignment they will be passionate about, and either make use of their existing skills or help them acquire new skills.”

Interestingly, the hardest part about working at NASA isn’t what we know about life, our planet, and space, but what we don’t know. As a result, Santiago-Bond and the rest of the employees at NASA learned to be comfortable with making decisions based on limited available information.

“We reduce risks involved with reaching new heights and revealing the unknown, but oftentimes, we do not have the ability to completely eliminate the risks,” she stated, recounting the tragedies that claimed the lives aboard Apollo 1, Challenger, and Columbia.

“When human safety is involved, whether in space flight or daily activities here on Earth, the margin for error becomes so much smaller.”

“Space agencies drive advances in science, technology, and space exploration; they are a source of pride of their respective countries, and promote global collaboration through international partnerships,” explained Santiago-Bond. She added that space agencies don’t just advance space-related industries, but also have a ripple effect on other industries, delivering broad socio-economic impacts.

Santiago-Bond also stated the Philippines’ capability to develop space technology that directly improves life not just here, but in other countries as well.

“The world will benefit from the creativity and ingenuity of Filipinos under a focused strategic long term effort to develop space technology.”

Despite the fact that Santiago-Bond’s story is deeply intertwined with space science and exploration, she remains grounded, in more ways than one.

“I try to visit the Philippines every two to three years,” she revealed. From age 12 to 21, she lived in dormitories, which led to her building relationships with friends who are now like siblings to her. “I miss my relatives and friends the most. I have a large extended family in the Philippines; I don’t get to visit as often as I’d like, but technology helps me keep in touch with everyone.”

Interestingly enough, Santiago-Bond has never dreamed of going to space. “I get dizzy just thinking about the training involved and the launch itself,” she divulged.

“Astronauts take on the life-threatening risks of spaceflight for the benefit of humankind, and I believe they are exceptional heroes for it. They place a lot of trust and faith on the thousands of support people on the ground, and I’m honored to have the capability and opportunity to be one of those support people.”