Space debris: What you gon’ do with all that [space] junk? 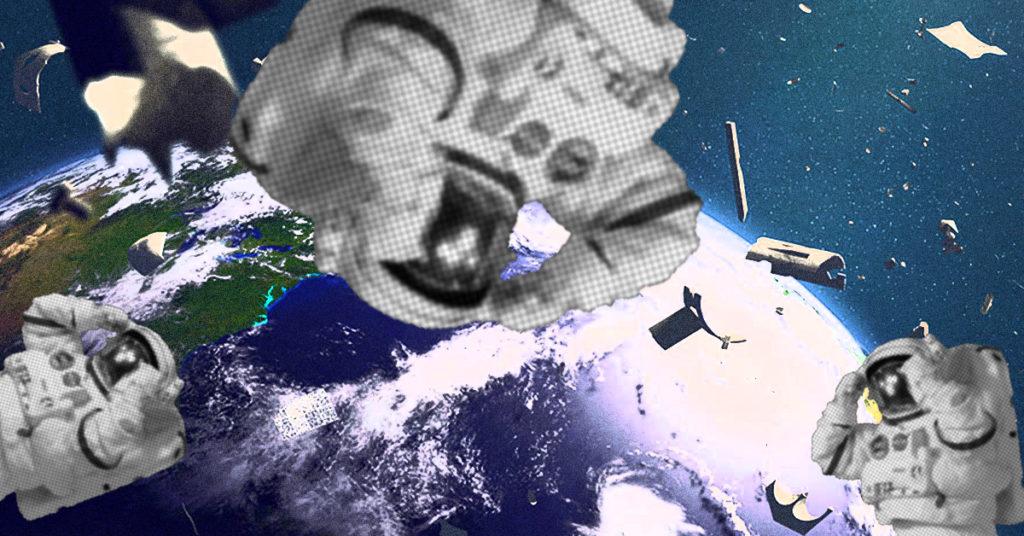 •In our never-ending quest to reach for the stars, we have left a trail of space debris in our wake.
•Right now, no single international treaty or authority exists to provide guidelines on handling space debris.
•If we don’t act soon, space junk could seriously threaten future space missions, and could even affect our quality of life.

2020 promises to be a great year for space science. From Japan’s plan to build a robotic moon base to NASA’s Mars 2020 rover mission scheduled for July or August, space enthusiasts have a lot to look forward to. Humanity’s truly going places, and literally accomplishing out-of-this-world feats.

Unfortunately, wherever we go, a trail of garbage usually follows—and space is no exception.

Scientists are now grappling with the presence of so-called space junk in our orbit. That’s right: We’re pretty much messing up our extraterrestrial yard already. In fact, it has been going on ever since we entered the Space Age in 1957.

According to NASA’s Orbital Debris Program Office, more than a million pieces of junk are floating in Earth’s orbit now.  These so-called space debris come in different sizes. Some are at least 10 cm long, the length of an average person’s fist. Most debris, however, are a little larger than 1 mm.

Space junk primarily comes from satellite explosions and collisions. In 2009, a U.S. satellite and a defunct Russian Cosmos satellite collided. Out of all the large space debris currently on record, about a third resulted from that particular collision. Sadly, scientists are expecting a continuous junk bonanza, as more space launches (and collisions) take place in the coming years.

Space debris isn’t just limited to scraps floating around, though. The European State Agency (ESA) estimates that out of 5,000 satellites in space, only around 2,000 are in operation. The rest are now junk orbiting our planet, basically waiting to collide with each other. Which, of course, will create even more space junk.

To no one’s surprise, space debris is turning out to be as problematic as their terrestrial counterparts.

Contrary to appearances, space debris aren’t just floating around like a bunch of happy astronauts in zero gravity. In fact, they’re constantly move at an incredibly fast rate. Estimates range from 17,500 mph to 22,300 mph; that’s more than ten times the speed of a bullet. In essence, each piece of debris possesses an incredible amount of energy–enough to damage satellites and spacecraft.

To further illustrate, ESA’s Space Debris Office Head Heiner Klinkrad likened the impact of a piece of space debris to a hand grenade explosion. Small but terrible, as they say.

Worried about the possibility of having to dodge an intense rain of killer space bullets someday? Fear not: Most debris don’t survive intense heat upon re-entry into Earth’s atmosphere.

Cleaning up our (space) act

As of now, no single international treaty or authority exists to provide guidelines on handling orbital debris. Thus, there’s no one to hold any space litterers accountable for their rubbish (literally and figuratively).  However, countries like the US, Japan, and China have crafted their own guidelines for cleaning up space junk.

Independent bodies are also developing junk-cleaning technologies. In 2019, ESA announced its ClearSpace-1 mission, a collaboration with Swiss company Clean Space. A four-armed robot will be sent up into orbit, designed to haul specific debris and burn up upon re-entry. The project will start next year; the official launch is scheduled to take place in 2025.

On the other hand, Elon Musk’s SpaceX appears to be focusing on prevention rather than cure. According to reports, the aerospace manufacturer will design satellites with a built-in end-of-life mechanism that will send them plummeting back down to Earth when they’ve outlived their usefulness.

One can only hope that the world’s space pioneers can launch stronger measures and initiatives to monitor and clean up space debris soon. Whether we realize it or not, we all need space.⁠—MF