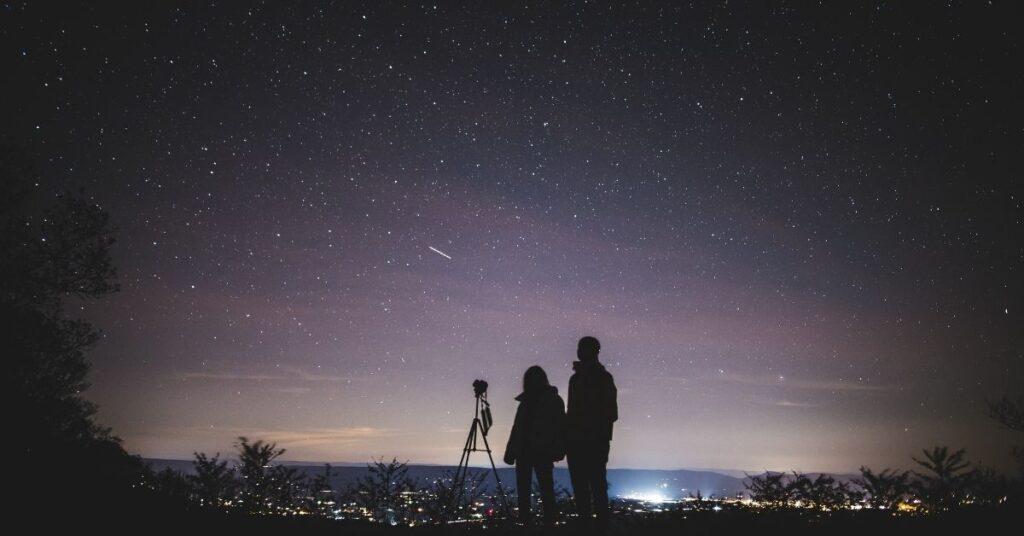 Did you know that when you look at the night sky, you’re actually (sort of) looking at the past?

Because of the speed at which light travels, the stars you see in the night sky aren’t what they look like right now. Rather, you’re looking at what they used to look like at a certain point in time, depending on how far they are from Earth.

We use light-years to measure and represent astronomical distances. Don’t be confused by the word “year” in “light-year,” though.

A light-year is a unit of physical distance, not time. Basically, it’s the distance light travels in one year on the Julian calendar (approximately 365 days). That’s about 9.46 trillion kilometers (5.88 trillion miles).

For example, the red giant star Pollux in the constellation Gemini is nearly 34 light-years away from Earth. If you’re 34 years old right now, you’re actually seeing Pollux based on its appearance around the time of your birth.

Would aliens be able to see dinosaurs, then?

So does this mean that an extraterrestrial being with a super-powered telescope 65 million light years away from Earth – like for example, somewhere in galaxy NGC 4845 – would be able to see what the dinosaurs actually looked like? Well, not exactly. As author Corey Powell explains:

“Even the wildest theoretical technologies that anybody has ever imagined (such as using the Sun as a magnifying gravitational lens) would not be nearly powerful enough to see dinosaurs on Earth from such a great distance. By the time you get that far away, there are almost no photons (particles of light) left to collect, which means there is no obvious physical way for any aliens in NGC 4845 to reconstruct pretty pictures of old T. rex getting mowed down by an asteroid.”