Closer to harvest? The status of the Golden Rice project

Published on November 20, 2018 by FlipScience Staff 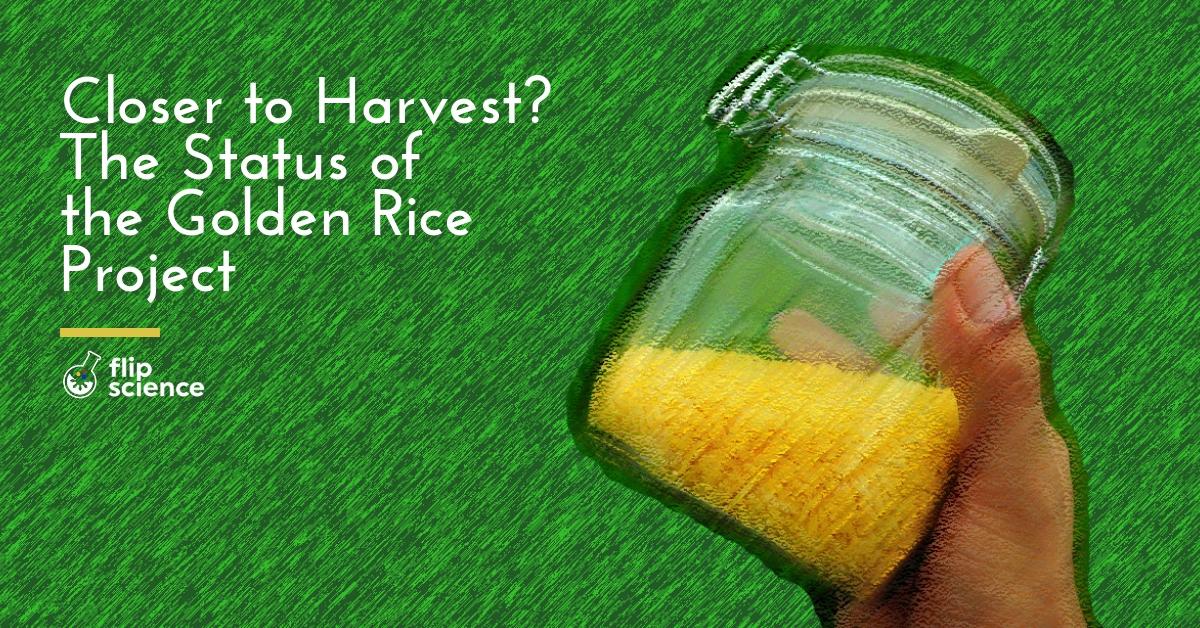 Despite having received approval from the US Food and Drug Administration last May, the Golden Rice project is still about to do field tests to ensure quality and safety in the Philippines.

A variety of Oryza sativa (rice) genetically engineered using recombinant DNA technology, Golden Rice contains beta carotene, an antioxidant which the body converts into Vitamin A. This gives the rice grain the yellow-orange or gold color that inspired its name.

However, the Golden Rice project is still on its way to completion. Its path, as expected, has not entirely been bright and shiny.

The road to Golden Rice

In the early stages of the project, researchers isolated specific genes from maize (a cereal grain originally from Central America) and common soil bacteria with desired traits for Golden Rice. A screen house setup then allowed for the creation of different local rice varieties.

A series of confined tests followed, where Golden Rice varieties created in the screen house were further improved to retain the same grain quality, yield, and pest resistance.

One of the biggest hurdles in the development of the project took place in 2014. The then-current version of the genetically engineered rice (also called an “event”), GR2R, achieved the target level of beta carotene. However, it also resulted in a reduced yield. Eventually, a more successful event, GR2E, hit the beta carotene target without negatively affect yield.

For a time, obtaining the necessary signatures from government authorities for trials proved challenging as well.

Now, the Golden Rice project is entering its fourth stage. In this phase, researchers will plant and grow Golden Rice in the same normal field environment as unmodified rice varieties. Further tests and assessments will be involved after the field test to ensure that Golden Rice is efficacious and will reach the communities that need it the most.

In addition, PhilRice is currently breeding Golden Rice varieties resistant against diseases such as tungro and bacterial blight.

According to PhilRice, GR2E Golden Rice should be the same as traditional rice varieties in terms of safety, span of time from growth until harvest, water requirements, yield, and market price.

Data from the Food and Nutrition Research Institute Survey reveals that incidences of vitamin A deficiency among preschool children have increased from 15.2% in 2013 to 20.4% (about 2.1 million) in 2013. Additionally, roughly 9% of pregnant women and 5% of lactating mothers suffer from a deficiency in vitamin A.

Once commercialized, Golden Rice is expected to become an affordable and sustainable way to combat vitamin A deficiency in the Philippines, particularly in its most remote and underdeveloped areas.

Numerous methods of fighting vitamin A deficiency already exist, but Golden Rice looks to be the most promising. After all, rice is a staple food not just for Filipinos, but for many Asian regions as well. –MF