Kaka-computer mo ‘yan: Can gadget use really destroy your health? 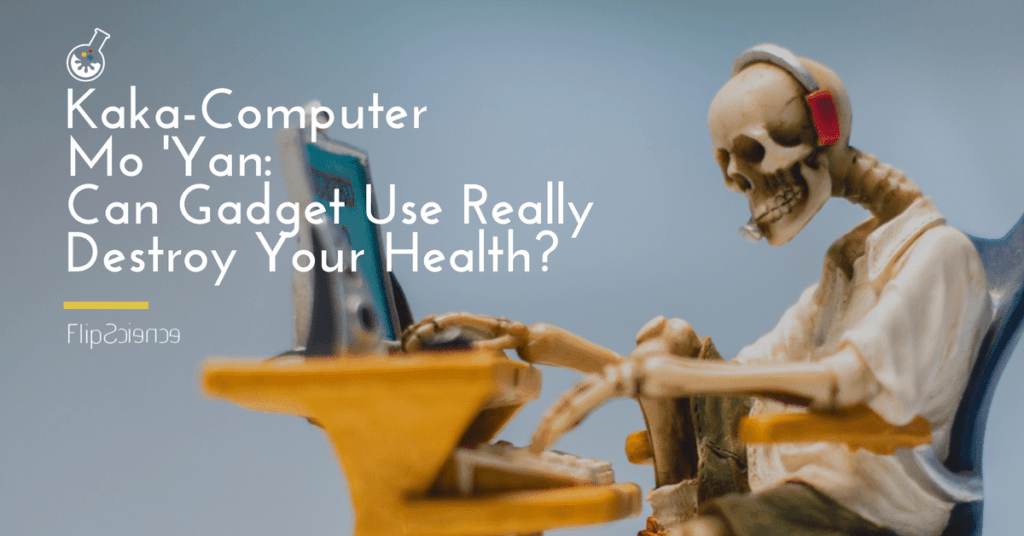 Do you own a tablet or smartphone and live with your mother? Chances are you’ve already heard her complain about your supposed “excessive” gadget use.

“Kaka-computer mo yan!” It’s both an accusation and a warning, often blurted out by any well-meaning mother at the first signs of discomfort or pain she detects from you.

We’ve all heard about the purported ill effects of gadget use before. Strained eyes from staring too long at the computer screen (hello, K-drama marathon). Painful wrists and fingers from all the clicking and swiping. Stiff neck and shoulders. Weak muscles from prolonged sitting, and even lying down, while playing online games or browsing the internet. The list goes on.

Well, it looks like our mothers do know best — and they have science to back them up.

Of gadget strain and body pain

A three-year joint study by the Department of Rehabilitation Sciences of the Hong Kong Polytechnic University and the Hong Kong Physiotherapy Association yielded interesting results. Researchers found that out of 1,049 users of smartphones and portable electronic devices, 70% of adults and 30% of children and adolescents reported musculoskeletal symptoms in various body parts.

Physiotherapists involved in the study warned about children’s forward head or “poking-chin” posture — slouched back and rounded shoulders. They strongly advised correcting these before they become fixed postural habits in adulthood. However, they added that paying attention to postural habits, doing regular exercise for bones and joints, and maintaining cardiovascular fitness could decrease risks of developing musculoskeletal symptoms.

Time to take a breather?

The prolonged use of smartphones negatively affects not just posture, but respiratory functions as well. This was what a team of South Korean experts shared when they published their findings in the Journal of Physical Therapy Science in 2016.

Even ophthalmologists and optometrists have given warnings against prolonged electronic gadget use, which can result in “computer vision syndrome.” The American Optometric Association also refers to the syndrome as “digital eye strain.” This covers eye and vision-related symptoms from prolonged computer, tablet, e-reader and cellphone use. Symptoms include eye strain, headaches, blurred vision, and dry eyes.

In a local survey published in the Philippine Journal of Ophthalmology, eye strain, headache, and blurring of vision were the top complaints experienced by majority of call center agent respondents who logged at least 4 hours of computer use. The study revealed a correlation between the severity of ocular symptoms and both the duration of computer use and length of employment.

These are studies on the physical effects alone of computer and gadget use. Numerous others delve into mental, social, and emotional effects, including the impairment of emotional maturity and reasoning abilities. In fact, recent findings have shown that simply having your smartphone within reach may actually reduce your cognitive capacity.

Like our mothers often preach, anything in excess is bad for the body. The prolonged use of computers, smartphones, and other gadgets is certainly not an exception.

If, just like the rest of us, you must use your gadget, limit your use to shorter periods of time. Rest your eyes, stretch those muscles, and unplug from these devices. Take some time to stop and smell the roses, so to speak. Or to have a cup of coffee and conversation with your mom without any of these electronic distractions. — MF