Published on May 16, 2020 by Mikael Angelo Francisco 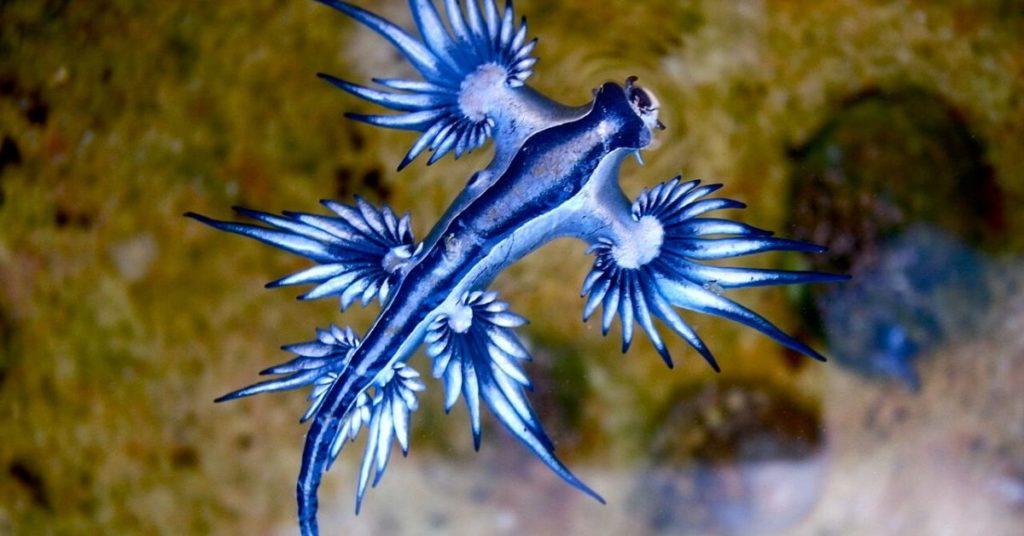 The animal kingdom is full of species that are much more dangerous than they let on. One of the most captivating examples of this is, without a doubt, the blue dragon (Glaucus atlanticus). Also known as the blue glaucus, blue angel, or blue sea slug, this tiny nudibranch looks more like a flower than a sea slug. Don’t let the mollusk’s resplendent appearance fool you, though. It’s actually an efficient hunter that preys upon extremely toxic marine animals AND augments its own sting with their venom.

The blue dragon’s stomach has a gas-filled sac that makes it float upside-down. It drifts along on the water’s surface, going in whichever direction the wind and ocean currents carry it. Its countershading lets it blend in with the water, rendering it hard for potential airborne or underwater threats to find.

This pelagic predator has quite an appetite for venomous siphonomores, a group of marine organisms that includes the infamous Portuguese man o’ war (Physalia physalis). Because of its immunity to its prey’s toxins, the blue dragon has no trouble latching on to its incredibly dangerous target, consuming it, and storing its stinging nematocytes within finger-like appendages (cerata) for defensive use later on.

This cocktail of toxic cells is what makes the blue dragon’s sting so dangerous. Thus, getting stung by this gastropod can be excruciatingly painful and even lethal for human beings. If one of these animals washes up on the beach, remember: No matter how pretty it may look, don’t pick it up.