FlipFact (August 27, 2019): Why did farmers build a monument to the boll weevil? 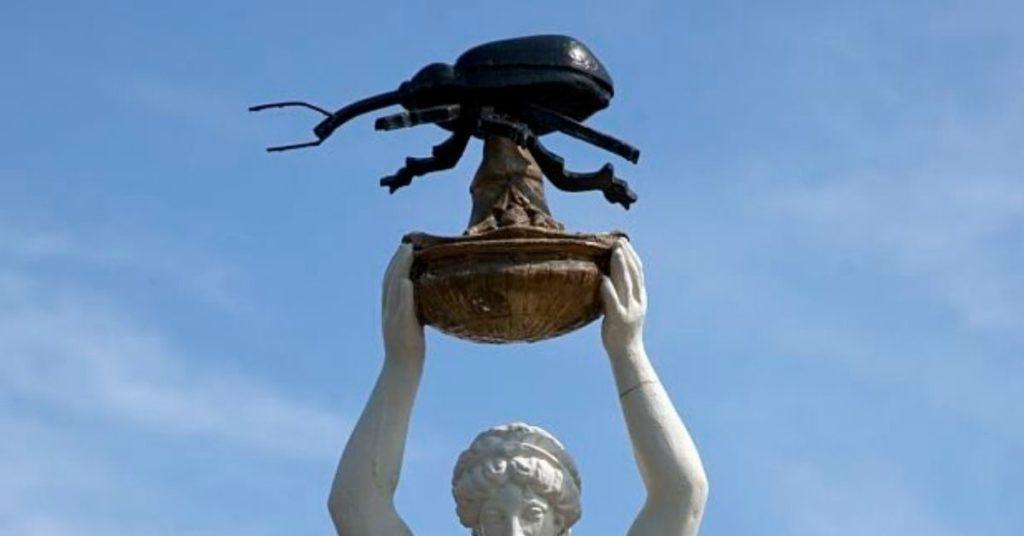 FlipFact of the Day: From bedeviling Mexico, the boll weevil (𝘈𝘯𝘵𝘩𝘰𝘯𝘰𝘮𝘶𝘴 𝘨𝘳𝘢𝘯𝘥𝘪𝘴) somehow found its way to Alabama, USA. There, it quickly lived up to its reputation as a relentless and resilient agricultural pest. In 1915, it destroyed nearly 60 percent of the cotton crop in a small city called Enterprise, located in Coffee County.

In the face of agricultural collapse and economic ruin, farmers decided to switch from cotton farming to peanut farming in order to thwart the pestilent beetle. Soon enough, Coffee County became the country’s leading peanut producer. While they did eventually return to planting cotton, this taught them the importance of diversifying crops. Interestingly, it also brought Enterprise an unprecedented level of prosperity.

Eventually, this led the people to erect a statue in honor of the boll weevil on December 11, 1919. Curiously, this is the only monument on Earth dedicated to an agricultural pest. Initially just a Grecian-looking woman lifting her hands up to the sky, a giant boll weevil on a pedestal was added to it 30 years later.

Sadly, it became a frequent target of vandals. It finally became damaged beyond repair in 1998; now, a replica stands in its place.

Today’s Science History Milestone: On August 27, 1939, the world’s first practical jet aircraft, the Heinkel He 178, made its first flight.