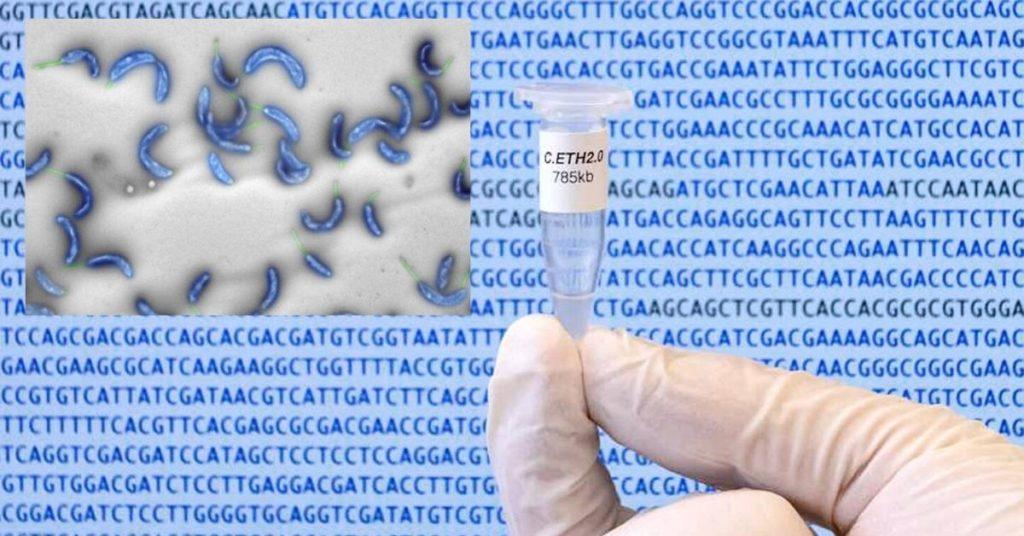 On April 1, 2019, a team of scientists at the Swiss Federal Institute of Technology in Zurich (Eidgenössische Technische Hochschule Zürich, or ETH Zurich) announced a major (microscopic) milestone in biotechnology: Caulobacter ethensis-2.0, the world’s first fully computer-generated genome of a living organism. Based on the genome of Caulobacter crescentus, a freshwater bacterium, C. ethensis-2.0 is a theoretical organism: As of today, it remains a “very large” DNA molecule.

Typically used as a bacterial model for research, C. crescentus is harmless, as it does not cause any disease. When scientists examined C. crescentus‘s genome, they tested it by turning off certain genes to determine their functions. They found that only about 680 of its 4,000 genes were crucial for the species to survive in a laboratory setting.

The researchers then synthesized 246 genome segments and pieced them together. They simplified this complicated task by using an algorithm to determine the ideal DNA sequence for synthesizing and constructing a genome comprised of only essential functions. In doing so, they also didn’t need to modify C. crescentus‘s genetic information at the protein level. They ended up replacing over one-sixth of the 800,000 DNA letters in the artificial genome, and the result was a large, ring-shaped DNA molecule. Further tests revealed that out of the 680 artificial genes, about 580 were functional; this showed that their approach worked.

However, this was not the first attempt to chemically synthesize a genome. In 2008, geneticist Craig Venter created an exact copy of a natural genome. This project, which was built upon a decade of work by 20 scientists, cost USD 40 million to complete. Unlike Venter’s genome, though, the C. ethensis-2.0 genome isn’t a copy. Additionally, thanks to modern methods, the C. ethensis-2.0 genome only took a year and 120,000 Swiss francs (about USD 124,768) to finish.

It is still unknown when C. ethensis-2.0 will be developed into an actual bacterium. Regardless, the researchers believe that their work has numerous applications, from understanding previously unknown functions of genes to the creation of vitamins and medicine.