The mystery of the ‘devil’s cigar’ mushroom 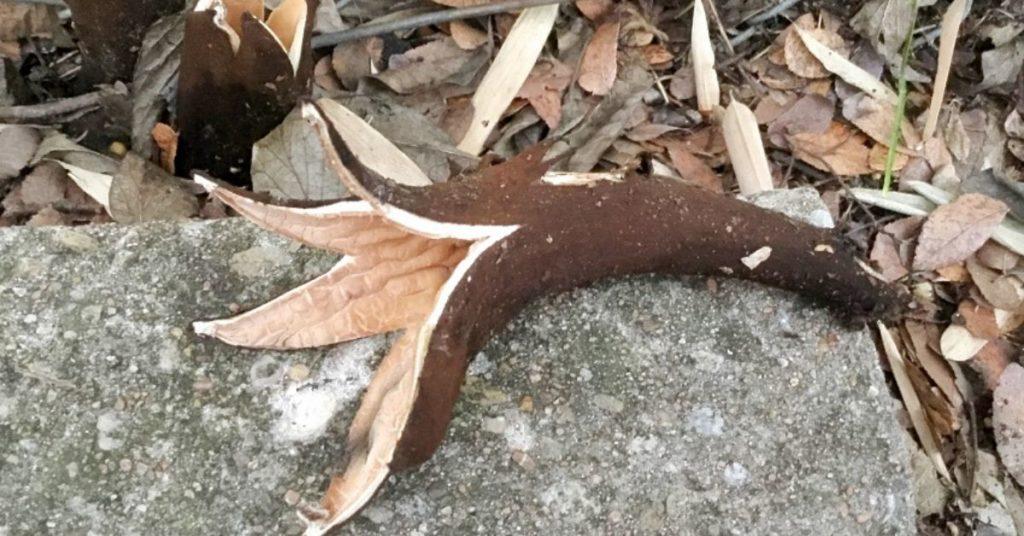 The rare fungus known as Chorioactis geaster also goes by the nickname “devil’s cigar,” and with good reason: It resembles a small cigar in its early stages, lives on certain types of dead trees, and releases a spore cloud and a “hiss” when fully grown. The sole species under the Chorioactis genus, C. geaster has only been collected in three places so far: Texas, Oklahoma, and Japan. And despite scientists’ best efforts to unravel the mystery behind its strange distribution, the answer remains elusive up to now.

First seen in central Texas, experts eventually spotted C. geaster in Kyushu, Japan—a place located on the same approximate latitude, but 11,000 km (6,835 mi) away—in 1937. Sixty-nine years later, in 2006, the devil’s cigar (which the Japanese named kirinomitake) popped up in a forest in Japan’s Nara Prefecture. And in 2017, researchers found it in Oklahoma, the first time it was found in a North American territory that wasn’t Texas.

C. geaster‘s fruit body looks like a fuzzy brown cigar at first. Upon reaching maturity, it starts peeling itself back, as if it were a blossoming flower of death. Its hymenium releases the aforementioned spores and sound; the final product is a dull-colored, inedible, star-shaped mushroom that may be saprobic (reliant on decaying organic matter for nutrition).

Devil’s cigars in Texas grow on dead cedar elm stumps or roots, while their Japanese counterparts prefer dead oak trees. The two C. geaster populations seem to have genetically deviated from each other 19 million years ago. Each variant has its own advantages and disadvantages. The Texas variety grows in occasionally flooded areas, but only the Japanese species has survived under artifical, controlled conditions.

There was an unsuccessful attempt to make the devil’s cigar the official state fungus of Texas, where it might be more common than expected. Meanwhile, due to deforestation (and the subsequent replacement of oak trees with Japanese cedar trees), C. geaster is listed as a threatened Japanese species. Conservationists hope that this will help the fungus thrive in its inexplicable Asian habitat, before human activity ends up “smoking” the Japanese devil’s cigar for good.