FlipFact (April 21, 2020): Why dimethylcadmium is the world’s most toxic chemical 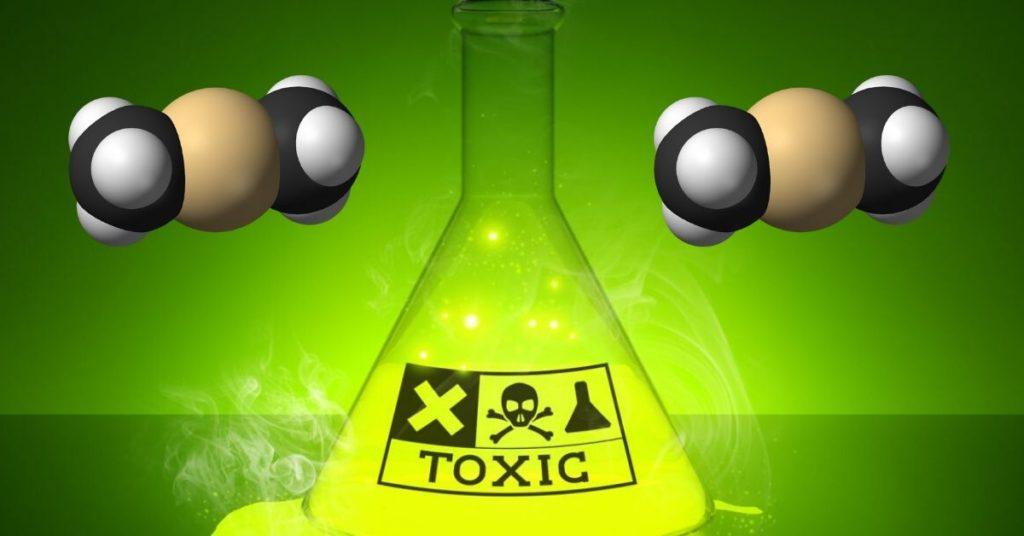 In 1917, near the end of the first World War, a German chemist named Erich Krause discovered a previously unknown chemical. As a pioneer in organometallic chemistry, Krause was no stranger to working with dangerous substances. (In fact, he would eventually meet his end at just 37 years old, after accidentally inhaling chlorine in his laboratory.) With this experiment, though, Krause created what many experts call the most toxic chemical in the world, gram for gram: dimethylcadmium (chemical formula C2H6Cd).

Dimethylcadmium is an organometallic compound. In this case, a carbon molecule bonds with cadmium, one of the most notoriously toxic metals in existence. When ingested orally, cadmium isn’t exactly an effective poison; inhale it, though, and you’re in for some serious trouble. Thing is, Dimethylcadmium is quite volatile. At room temperature, it has a lower boiling point and a higher vapor pressure. Thus, it evaporates rather quickly, resulting in a higher likelihood of someone inhaling its extremely dangerous particles.

And it doesn’t take a lot of dimethylcadmium to really mess up your system. A couple of micrograms (millionths of a gram) inhaled will be easily absorbed into your lungs and bloodstream, after which the chemical can effortlessly travel to your liver, kidneys, brain, and the rest of your nervous system. There, it will rip the electrons right off your cells’ atoms, which is precisely as horrible as it sounds. Also, assuming you don’t die within hours of exposure, you can expect lethal, long-term consequences. Dimethylcadmium is extremely carcinogenic, which means that if cellular destruction doesn’t do you in, cancer eventually will.

Dimethylcadmium violently reacts with (i.e. explodes in) water, as it generates copious amounts of hydrogen gas and heat. It’s also friction-sensitive, which means even a single scuff or swipe is akin to striking a match or lighting a stick of dynamite. Oh, and it also comes with a trademark odor described as “foul,” “unpleasant,” “metallic,” and “disagreeable” — all fancy ways of saying it stinks to high heaven.

This chemical is such a health hazard that scientists make it a point to find safer substitutes (such as organo-zinc, organo-lithium, and organo-aluminum compounds) in their experiments. Then again, it’s not really surprising that the people smart enough to make it are also smart enough to avoid it.