FlipFact (May 9, 2020): 𝘋𝘪𝘯𝘰𝘤𝘩𝘦𝘭𝘶𝘴, a deep sea lobster with ‘bizarre’ claws from the Philippines

Published on May 9, 2020 by Mikael Angelo Francisco 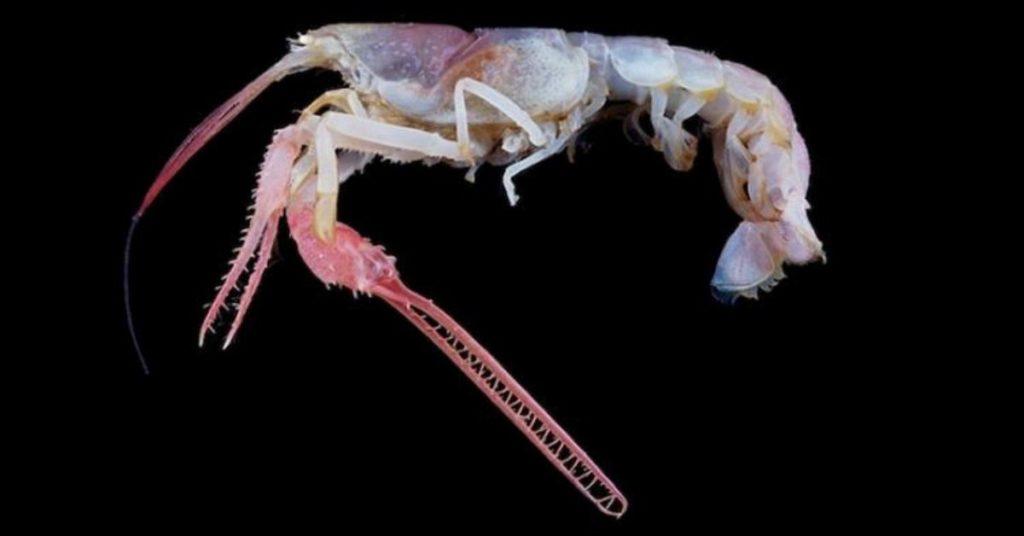 Discovered in 2007 and formally described in 2010, Dinochelus ausubeli is a one-of-a-kind deep sea lobster from the Philippine Sea. Scientists stumbled upon this curious crustacean at a depth of over 820 ft (250 m) during an expedition under the Census of Marine Life, a massive project to find and catalog marine species in the first decade of the 21st century. Interestingly, Dinochelus turned out to be distinct enough to warrant not just its own species name, but an entirely new genus as well.

Dinochelus‘s carapace is about 1.2 in (31 mm) long—shorter than a matchstick—with well-developed eyestalks and an inverted T-plate in front of the mouth. It’s predominantly translucent white, with reddish-pink tinges on its antennae, limbs, midsection, and tail fan.

However, Dinochelus‘s most noteworthy trait is its bizarrely mismatched pair of claws: One is larger, spinier, and mightier than the other, with a noticeably bulbous palm. Experts say that Dinochelus uses its massive claw for hunting prey.

That’s actually how Dinochelus got its genus name: It’s a combination of the Greek words for “terrible” (deinos) and “claw” (chela). Meanwhile, its species name, ausubeli, honors the census sponsor, Jesse H. Ausubel.