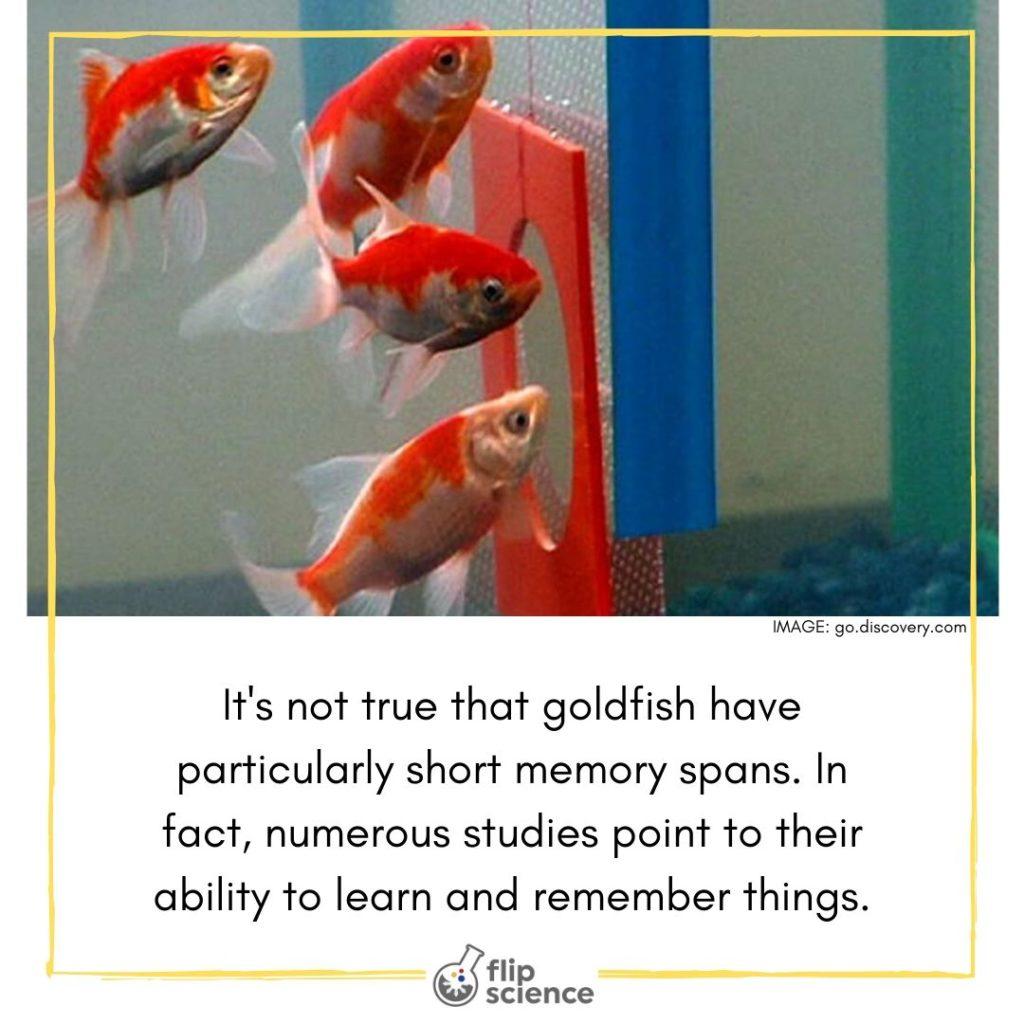 FlipFact of the Day: Goldfish have a rather unflattering reputation for being extremely forgetful. Depending on what version of this factoid you’ve come across, these aquarium favorites allegedly have a memory span of either three seconds or eight seconds. Which is interesting, given how there are decades’ worth of scientific papers and experiments that say otherwise.

One example is a 1994 study from the University of Plymouth’s School of Psychology. In the study, researchers trained goldfish to push a lever, after which they received food as a reward. The twist? The scientists adjusted the lever so that it would only work for one hour a day. Amazingly, the fish seemingly figured it out, and only pushed the lever when it was prepped to dispense food.

In a 2004 episode, the popular show Mythbusters put the longstanding myth to the test. In their experiment, the goldfish actually learned how to navigate through an underwater obstacle course after a month of training.

According to Felicity Huntingford, emeritus professor of functional ecology at the University of Glasgow and one of the world’s foremost fish behavior experts, goldfish have the same learning abilities described for birds and mammals. “[T]hey’ve become a model system for studying the process of learning and the process of memory formation, exactly because they have a memory and because they learn,” said Huntingford.

“That a species that’s used by neuro-psychologists and scientists as a model for studying memory formation should be the very species that has this reputation – I think that’s an interesting irony.”