The Ilonggo doctor who discovered erythromycin—and got shafted for it 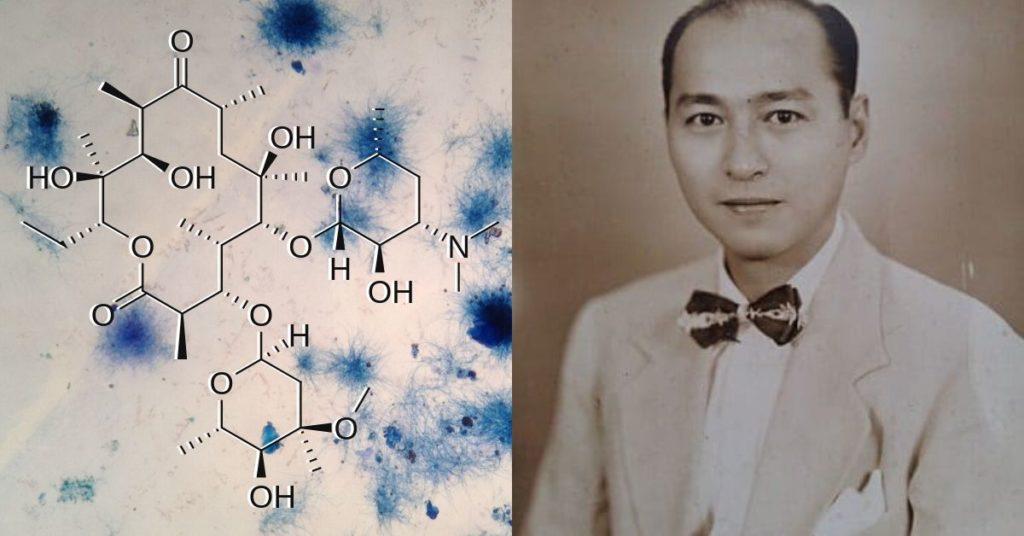 For patients suffering from bacterial infections of the respiratory tract, skin, urinary tract, and soft tissue—especially those who are allergic to penicillin—erythromycin is a lifesaver. Erythromycin is a macrolide, a type of antibiotic that stops the growth of (or even kills) bacteria by inhibiting bacterial protein production. It’s also a testament to Filipino brilliance… and proof of how corporate interests can trample over the rights of individual thinkers and creators.

It was in 1949 when a Filipino physician, Dr. Abelardo B. Aguilar, found something remarkable in Ilonggo soil. A drug representative for U.S. pharmaceutical company Eli Lilly and Company, Aguilar was studying samples he obtained from a Molo cemetery (some accounts refer to it as “his own backyard”) and stumbled upon a species of bacteria called 𝘚𝘢𝘤𝘤𝘩𝘢𝘳𝘰𝘱𝘰𝘭𝘺𝘴𝘱𝘰𝘳𝘢 𝘦𝘳𝘺𝘵𝘩𝘳𝘢𝘦𝘢 (formerly 𝘚𝘵𝘳𝘦𝘱𝘵𝘰𝘮𝘺𝘤𝘦𝘴 𝘦𝘳𝘺𝘵𝘩𝘳𝘢𝘦𝘶𝘴). Taking note of the antibacterial activity he observed, he sent the sample to the company’s research laboratory. Eli Lilly’s scientists isolated erythromycin from the sample, and officially marketed the antibiotic to the public in 1952. They sold it under the names Ilosone and Ilotycin, acknowledging where the antibiotic came from.

Unfortunately, beyond the name tribute and his regular salary, Aguilar received no further credit or compensation for his groundbreaking discovery. Aguilar was allegedly promised a trip to the company’s manufacturing plant in Indianapolis, but it was never fulfilled. In a letter to the company’s president, Aguilar wrote: “A leave of absence is all I ask as I do not wish to severe my connection with a great company which has given me wonderful breaks in life.” This request was also not granted.

Eventually, Aguilar parted ways with the company, devoting the rest of his professional career to providing medical services in Iloilo City. He treated even the patients who could not afford to pay him, earning him a reputation as a “doctor of the poor.”

Aguilar reached out to Eli Lilly one last time in 1993, requesting royalties from sales of the drug over the years. Aguilar planned to use the money to put up a foundation for poor and sickly Filipinos. Sadly, this final request met the same fate as his earlier ones. He died in September of the same year, deprived of what he deserved.

A year later, national media picked up the story; even Senator and former health secretary Juan Flavier took a personal interest in the matter. Eventually, Eli Lilly responded. They called the issue an “unusual compensation request,” stating that it was standard company practice to not give employees royalties or compensation beyond their salary and benefits.

As Flavier himself stated: “Dr Aguilar has contributed so much in the discovery of erythromycin. It is sad to hear that he got nothing out of it.”