FlipFact (February 15, 2020): The species that’s perfectly fine with being alone 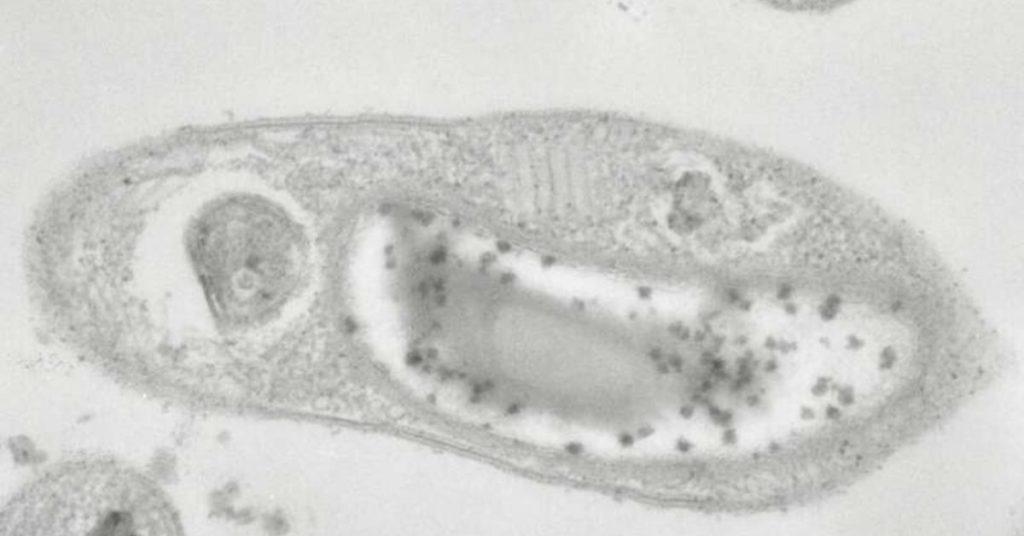 FlipFact of the Day: We’re all familiar with the old adage, “No man is an island.” If we think about it, the same applies to ecosystems: biological communities comprising various species, interacting with each other and their physical environment. For the longest time, we believed that no species can be completely fine on its own. That is, until 2008, when scientists revealed the existence of Desulforudis audaxviator, a rod-shaped bacterium that lives 2.8 km beneath the Earth’s surface, without any sunlight or oxygen. In other words, the loneliest species on the planet.

Discovered in groundwater samples obtained from the Mponeng gold mine in South Africa, D. audaxviator thrives in a harsh habitat—up to 60 °C (140 °F), and with a pH of 9.3—isolated from the rest of the world. It subsists on sulfur compounds resulting from the radioactive decay of minerals in the rocks around it. It also has the ability to get carbon from dissolved carbon dioxide, and is equipped with genes for nitrogen fixation (where it converts nitrogen into a compound it can use). This, in turn, enables D. audaxviator to produce amino acids, the building blocks of protein.

D. audaxviator moves around freely thanks to its tail-like flagellum. It also has a built-in defense system against environmental hazards: endospores, durable shells that protect it from viruses, toxic chemicals, and even starvation. However, it cannot survive in environments where oxygen is present, which means the species may not have been exposed to it for quite some time. (Not entirely surprising, though, as scientists think it’s been millions of years since D. audaxviator saw the light of day, literally.)

It’s said that D. audaxviator probably evolved as it made its long, perilous trip towards the Earth’s core. Interestingly, it got its name from a Latin line in Jules Verne’s novel Journey to the Center of the Earth: “descende, Audax viator, et terrestre centrum attinges” (“descend, bold traveller, and attain the center of the Earth”).

Experts believe that D. audaxviator‘s characteristics make it suited for life on Mars or any other rocky planet, as those places are likely to have high quantities of the substances this bacterium needs to survive.

It’s undeniable, though, that D. audaxviator is remarkable: An organism whose difficult journey in life made it strong, independent, self-sufficient, and perfectly okay with being alone.