FlipFact (January 4, 2020): Louie Braille has his own asteroid 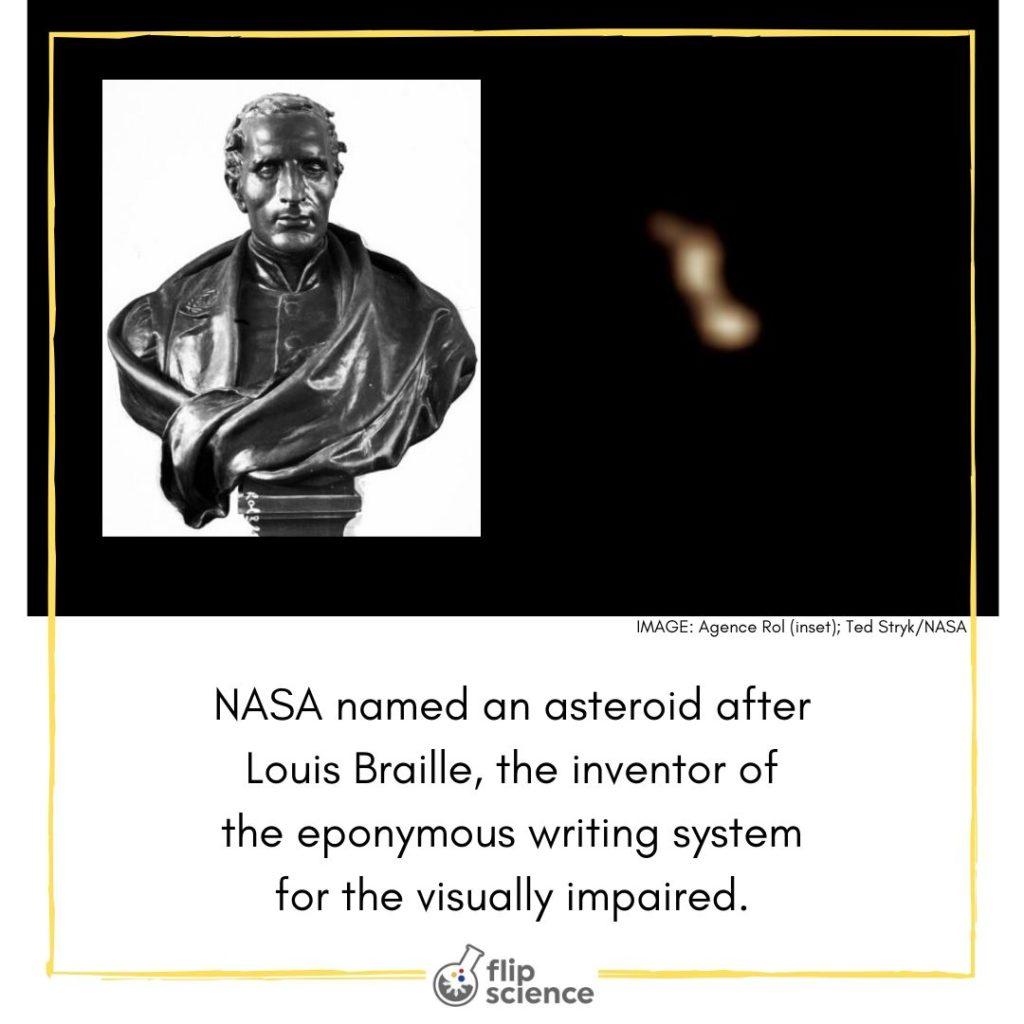 FlipFact of the Day: The blind French educator Louis Braille invented the Braille system to enable the visually impaired to learn through the written word. In the same way, a rare-type asteroid provided knowledge about the unseen cosmos—and as a result, it was renamed in honor of Braille 7 years after its discovery.

The 9,969th asteroid numbered since Ceres’ discovery in 1801, the celestial body 1992 KD was first spotted by astronomers Eleanor Helin and Kenneth Lawrence at Palomar Observatory, as part of the Palomar Planet-Crossing Asteroid Survey. Kennedy Space Center software engineer Kerry Babcock suggested a new name during The Planetary Society’s “Name That Asteroid” contest; the institution formally accepted the name “9969 Braille” in 1999.

A few days after 9969 Braille’s official redesignation, NASA’s Deep Space 1 probe flew within an estimated 26 kms of the asteroid’s surface, taking two photographs of it approximately 15 minutes apart. The flyby became the closest approach a spacecraft had ever made to an asteroid, a record it held briefly.

The probe’s sensor confirmed 9969 Braille’s similarities with another rare-type asteroid, Vesta. A popular theory was that 9969 Braille and Vesta collided a long time ago, and the former’s fragments provided debris formany of the meteorites that reach Earth.

Mostly made up of olivine and pyroxene, 9969 Braille is a Q-type asteroid. Its longest side is approximately 2.2 km, while its shortest is about 1 km. 9969 Braille rotates once every 9 days, with an orbit greatly tilted relative to the planets’ ecliptic plane. In about 4,000 years, 9969 Braille will likely join hundreds of asteroids drifting across Earth’s orbit.