FlipFact (January 5, 2020): Tardigrades will outlast all of us (yes, even cockroaches) 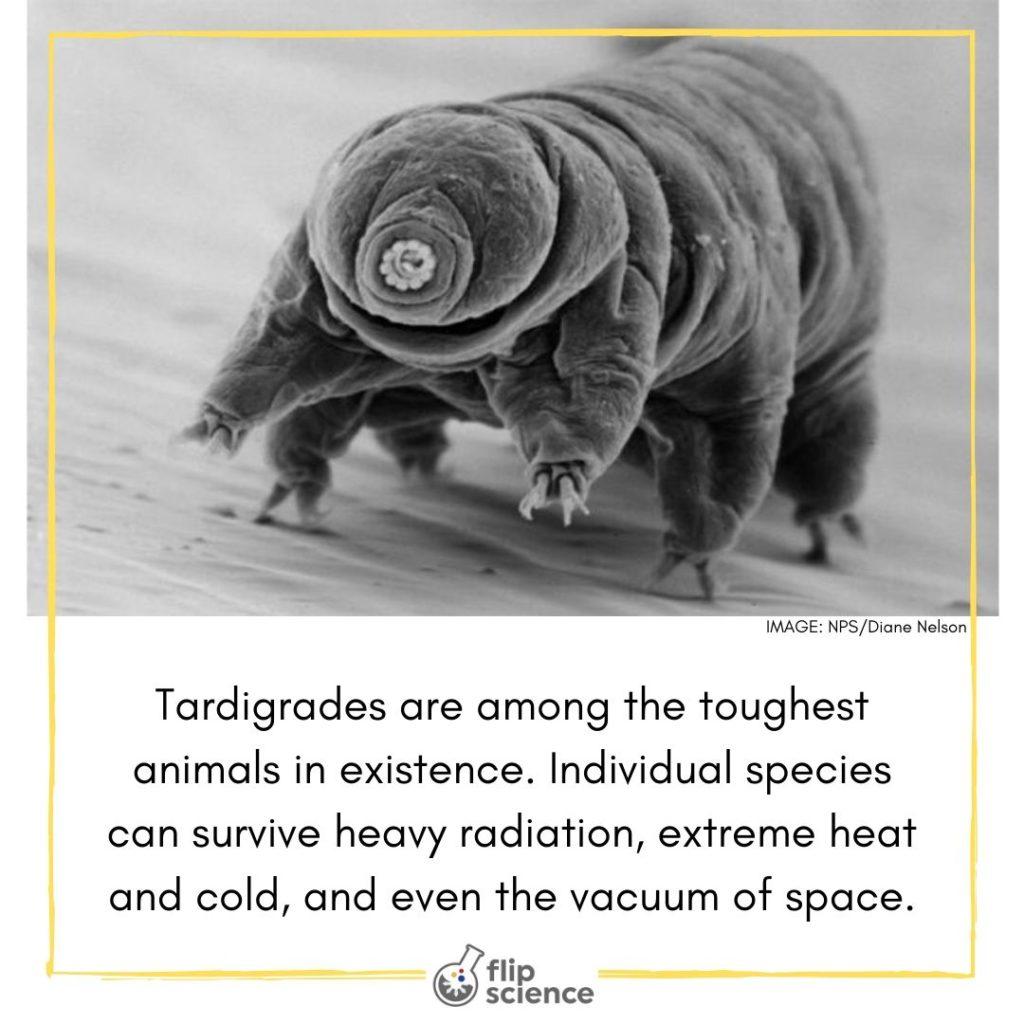 FlipFact of the Day: Reading all the feats attributed to tardigrades (also known as water bears) feels like listing down a bunch of super-powers. These microscopic eight-legged creatures can reportedly survive temperatures as hot as 300 °F ( 148.9 °C) or as cold as -328 °F (-200 °C), intense radiation, six times the pressure of the deepest part of the ocean, three decades without food or water, and up to 10 days at low Earth orbit without protection.

In fact, a 2017 study suggested that it would take a massive, 1.7-quintillion-kilogram asteroid producing enough energy to boil away the Earth’s oceans for these nigh-inextinguishable invertebrates to go extinct. According to the researchers, tardigrades can shrug off large asteroid impacts, supernova blasts, and even gamma ray bursts. (Eat your hearts out, cockroaches.)

It’s a bit misleading to say that tardigrades in general are indestructible, though. For starters, tardigrades aren’t just a single species of animal, but an entire phylum: over a thousand species, with different survival thresholds. Additionally, tardigrades still need to eat in order to survive: plant and animal cell fluids, rotifers, and even other tardigrades.

The secret to tardigrades’ unbelievable resilience (in most cases, at least)? A coma-like condition they enter in order to survive harsh conditions. Described as a state resembling death, cryptobiosis involves the tardigrade curling up into a ball and undergoing dessication (extreme drying). Contact with water will revive dessicated tardigrades in mere hours. In 2019, thousands of dessicated tardigrades crash-landed on the Moon. However, since it’s highly unlikely for water to be anywhere near their lunar landing spot, they’ll probably remain in their dehydrated state.

Seriously, though: It wouldn’t be surprising if Marvel or DC were to launch a superhero called “The Tardigrade” someday.