FlipFact (January 7, 2020): This moon is bigger than Mercury, but only half as massive 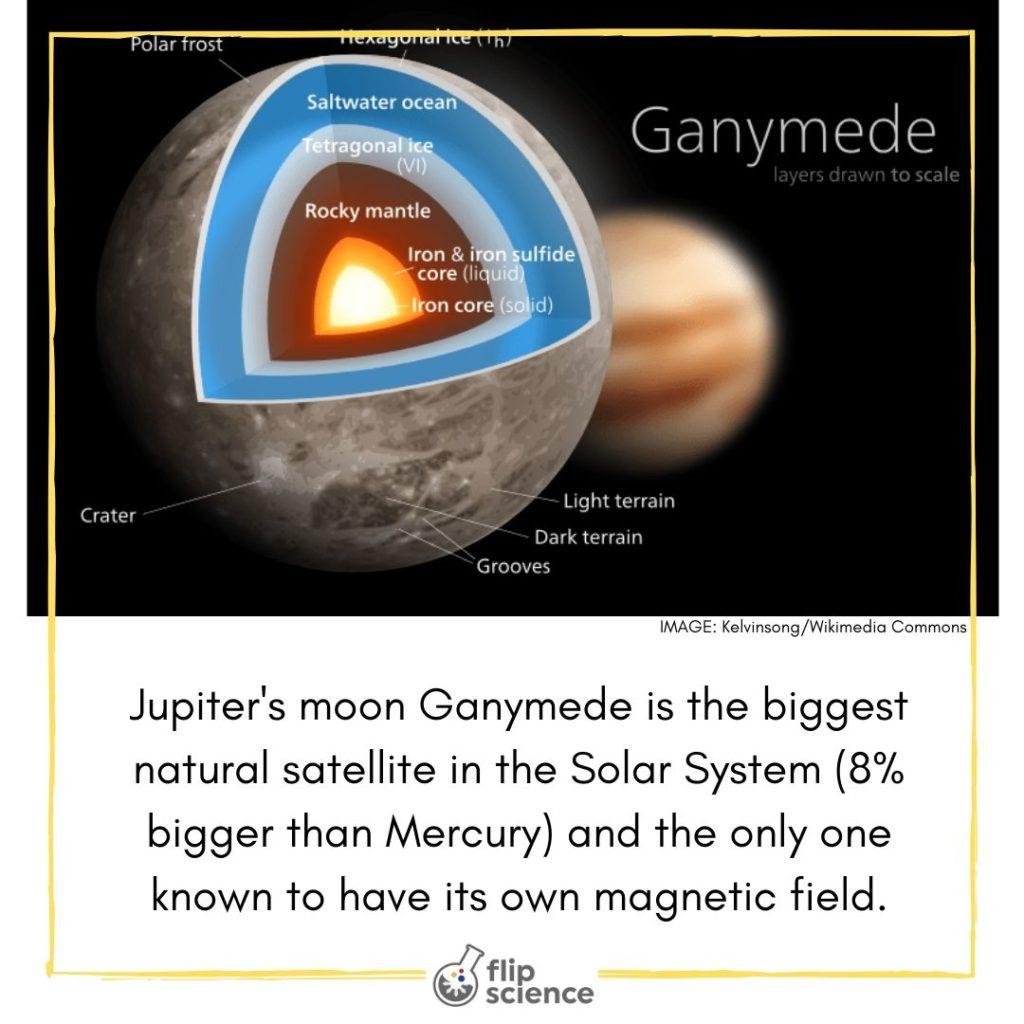 FlipFact of the Day: On January 7, 1610, Galileo Galilei made the first recorded observation of Jupiter’s four largest satellites: Io, Europa, Ganymede, and Callisto. Of the four Galilean moons, Ganymede is the largest; with a diameter of 5252.4 kilometers, it’s slightly bigger than Mercury. However, due to its composition of water ice and silicate rock, it is only about half as massive as the Solar System’s smallest planet.

Ganymede formed about 4.5 billion years ago—it’s almost as old as Jupiter. Aside from its size, Ganymede is also noteworthy for being the only moon with its own magnetosphere (a region around a celestial body that traps charged particles). It’s said to be the result of Ganymede’s iron core.
Approximately 40 percent of Ganymede’s surface is comprised of dark, highly cratered areas, while the rest is a brighter terrain full of grooves and ridges. Experts believe that there’s a salty ocean beneath Ganymede’s icy surface, suggesting that it could support life (though its thin oxygen atmosphere says otherwise).
Additionally, Ganymede is the only Galilean moon named after a male figure from Greek mythology. The son of King Tros, Ganymede was the lover of Zeus (the Greek counterpart of the Roman god Jupiter).
(Note: Chinese records suggest that the astronomer Gan De may have been the first to see Ganymede in 365 BCE. Regardless, the credit for Ganymede’s discovery still goes to Galileo.)