FlipFact (July 11, 2019): Yes, lightning does strike twice – and more often than you think 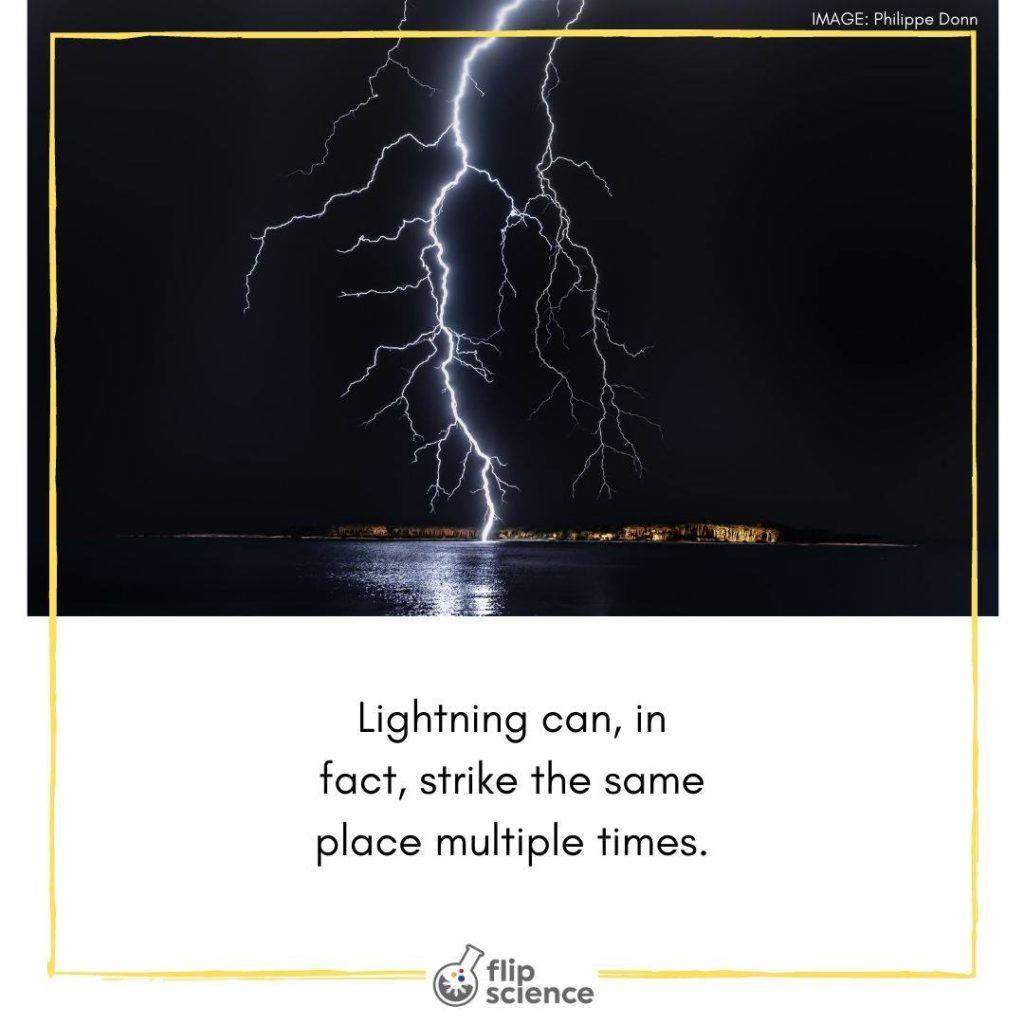 FlipFact of the Day: Contrary to popular belief, lightning strikes twice in the same place. In fact, this happens more often than we think.

According to a recent study, the negative charges inside a thundercloud aren’t actually discharged all at once. Using a Dutch radio telescope called Low Frequency Array (LOFAR), researchers found long, thin structures called needles that store the charges, making repeated discharges possible. These needles may be as long as a hundred meters, but have a diameter of less than five meters. Thus, they are too small and short-lived for other lightning detection systems to spot.

Read more about it here: https://cosmosmagazine.com/physics/revealed-why-lightning-strikes-twice