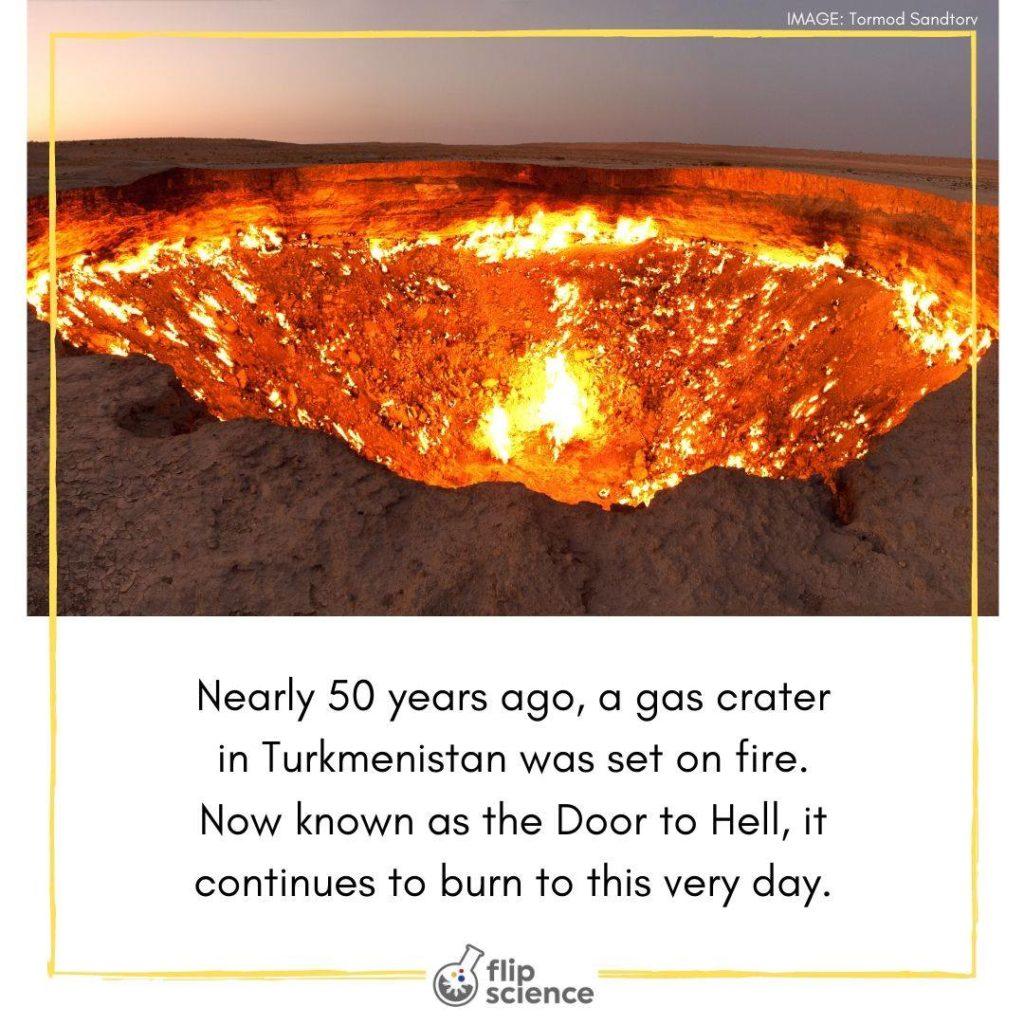 FlipFact of the Day: It is said that in 1971, a team of Soviet engineers identified a possible gas field site in Darvaza, Turkmenistan. Wasting no time, they set up a drilling rig and confirmed the presence of a natural gas pocket… only for the ground beneath the rig to collapse. This created an underground cavern that could potentially unleash poisonous gases. To avert this catastrophe, experts set the cavern on fire, anticipating the gas–and the flames–to burn out within weeks. As it turns out, they were terribly wrong. After nearly half a century, the Door to Hell (also known as the Gates of Hell) remains on fire. Anyone who falls into this unfenced crater would likely die a slow and agonizing death.

The most unsettling part of this story? Neither the Soviet side nor the Turkmen side has any official record of this incident.

Why hasn’t anyone tried to extinguish this fiery pit yet, though? Read this for the answer.