Published on May 10, 2020 by Mikael Angelo Francisco 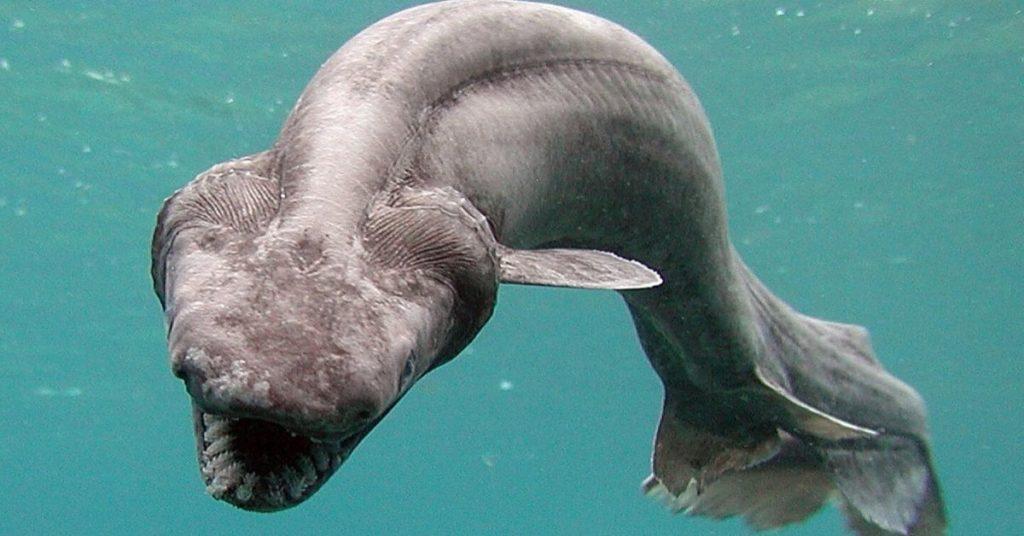 Pop quiz: Which vertebrate has the longest gestation period? Chances are you’ll say it’s the African elephant. At 22 months, it certainly does hold the record… for land mammals, that is. Because if Japanese scientists’ estimates are correct, then the fearsome-looking frilled shark (Chlamydoselachus anguineus) deserves a spot on the list of the animal kingdom’s most hardcore moms. After all, a gestation period of over 39 months—nearly three and a half years—is certainly nothing to scoff at.

One look at this prehistoric shark will make you understand why some cryptozoologists might mistake it for a sea serpent. Found in the Atlantic and Pacific Oceans, it’s believed to have been around for the last 80 to 95 million years, popping up near the end of the reign of the dinosaurs. Actually, everything about it screams “terrifying ancient sea monster”: it has a reptilian head, six frilled gills on both of its sides, and an eel-like body that grows up to 6.5 ft (2 m) long. Its elongated jaws are quite flexible, packed with around 25 rows of 300 needle-like teeth. It snacks on bony fishes, cephalopods, and even other sharks!

As it rarely ever visits the surface, it’s an uncommon sight. Back in 2015, some fishermen in southeastern Australia were quite shocked when they unexpectedly caught one. It’s often scooped up near the coast of Japan by mid-water trawl nets, though. The IUCN categorizes it as Near Threatened, but we’ll need more studies to accurately determine its surviving population and threat level.

Like most sharks, the frilled shark is ovoviviparous, meaning embryos of this species have no placental connection with their mother. Instead, they emerge from their eggs, staying inside their mother and surviving on yolk until they’re born alive. After observing 264 frilled sharks from Japan’s Suruga Bay, researchers calculated this shark’s gestation period based on the average growth rate of its pups (14 mm/month, until reaching the maximum size of 55 cm).

So, why the extended pregnancy? This may be because of the shark’s slow metabolic processes, which in turn are caused by the extremely low temperatures in its deep-sea habitat. However, we can only know for sure after marine scientists study more of these living fossils.