The terrifying toxicity of the greater blue-ringed octopus

Published on May 6, 2020 by Mikael Angelo Francisco 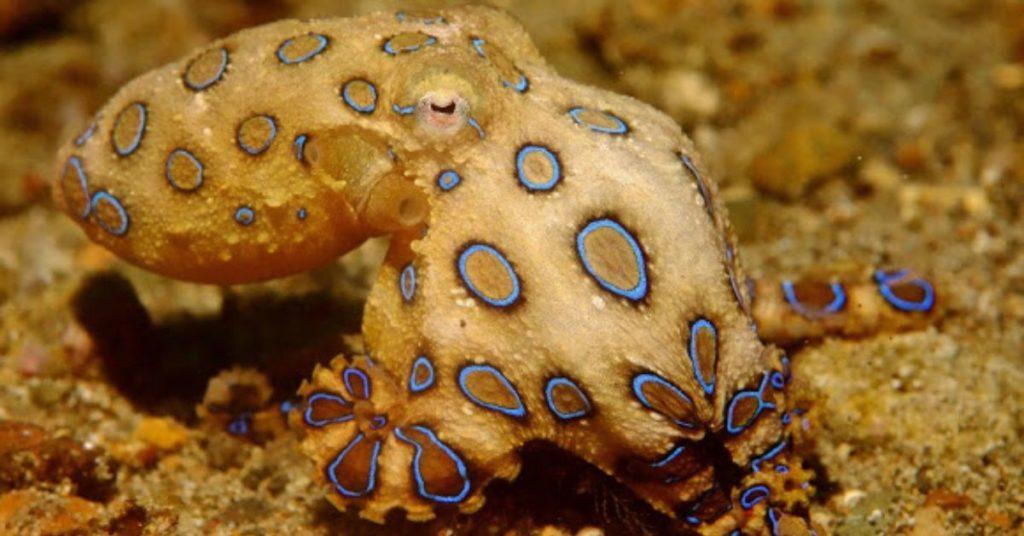 The minute mollusk trembles slightly as you pick it up. Captivated by the brief flash of blue rings all over its yellow body, you fail to notice what comes next: a nip from its beak that barely registers with you. It only takes ten minutes, though, before you start to feel its effects. All of a sudden, you can neither stand, speak, nor breathe. Numbness has spread from your face to your hands, feet, and chest. As you’re wheeled to the hospital in your immobile state, you wonder: How can something as small as the greater blue-ringed octopus (Hapalochlaena lunulata) come so close to ending your life?

Reaching up to 10 cm in size, the short-limbed H. lunulata is the smallest species of blue-ringed octopus (genus Hapalochlaena). The “greater” in its name refers not to its size, but to the diameter of its blue rings (7 to 8 mm)—bigger than those of other Hapalochlaena octopuses. In the Philippines, one can find it in various diving spots, including Batangas, Palawan, and Samal.

H. lunulata has glands that produce tetrodotoxin (TTX), a neurotoxin over 1,000 times stronger than cyanide. When TTX enters your bloodstream, it blocks the sodium channels through which messages pass between the brain and the muscles, causing loss of sensation and paralysis. It has more than enough venom to kill an adult human in one hit, and there isn’t any antidote. The only way to survive is through immediate CPR.

H. lunulata only bites when it feels threatened, though—and it will definitely let you know about it. A 2012 study revealed that it tenses one set of muscles and releases another when it’s agitated, opening the pouches of skin hiding its iridescent rings. Remember: The best way to not be killed by H. lunulata is to stay away from it.