Halley’s Comet: The comet that can be seen twice in one lifetime 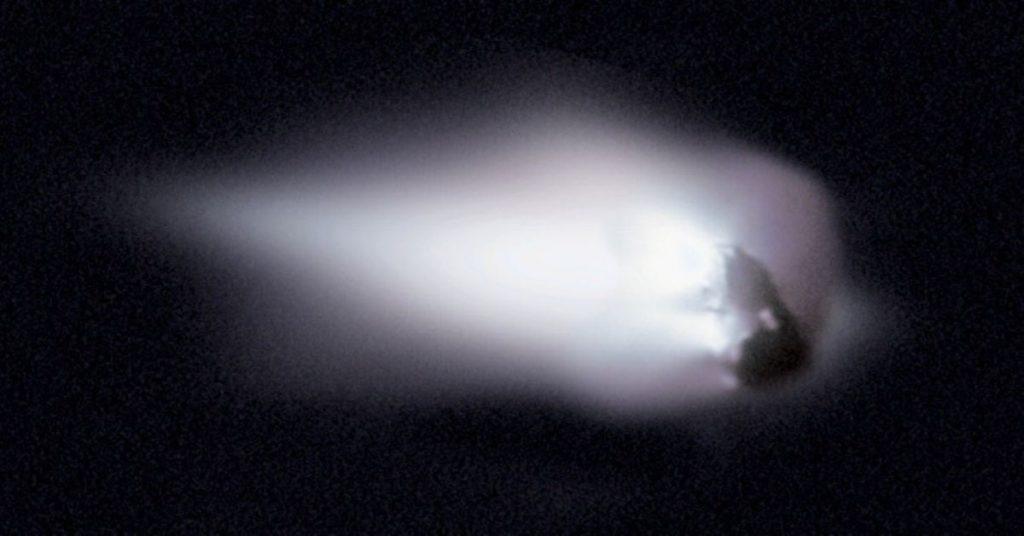 (Updated on April 11, 2020) If you were already alive on April 11, 1986, there’s a good chance that you caught a glimpse of arguably the most famous comet in the world. Halley’s Comet (sounds like “valley’s comet”) is a periodic comet; it moves around the Sun in a closed orbit. It is the only known short-period (less-than-200-year orbit) comet visible to the naked eye twice in a person’s lifetime. These days, people meet such cosmic events with much excitement and anticipation. However, hundreds of years ago, even the world’s greatest minds thought comets signaled coming disasters.

When English astronomer Edmond Halley looked at reports of three comets that had separately approached Earth in 1531, 1607, and 1682, he noticed something strange. Using Isaac Newton’s theories on planetary motion and gravitation, Halley discovered that the orbits of the three comets were strikingly similar. This led him to suggest that the three comets were actually just one. Furthermore, he was able to predict the next time the comet would return: either late 1758 or early 1759.

True enough, the comet became visible from Earth once again in 1759. Unfortunately, Halley did not live long enough to see his prediction come true, as he died in 1742.

Prior to Halley’s time, astronomers believed that comets only passed through the Solar System once. With this new knowledge. though, astronomers realized that comets could be “repeat visitors” to our Solar System. In honor of Halley’s discovery, they named the comet after him: a cosmic tribute to the man who had changed our knowledge of comets—and astronomy—forever.

Experts predict that Halley’s Comet will return in 2061. Until then, if you want to get a glimpse of the famous comet, you’ll have to settle for its remnants: the Eta Aquarids every May, and the Orionid meteor shower every October.