FlipFact (January 13, 2020): How and why does volcanic lightning happen? 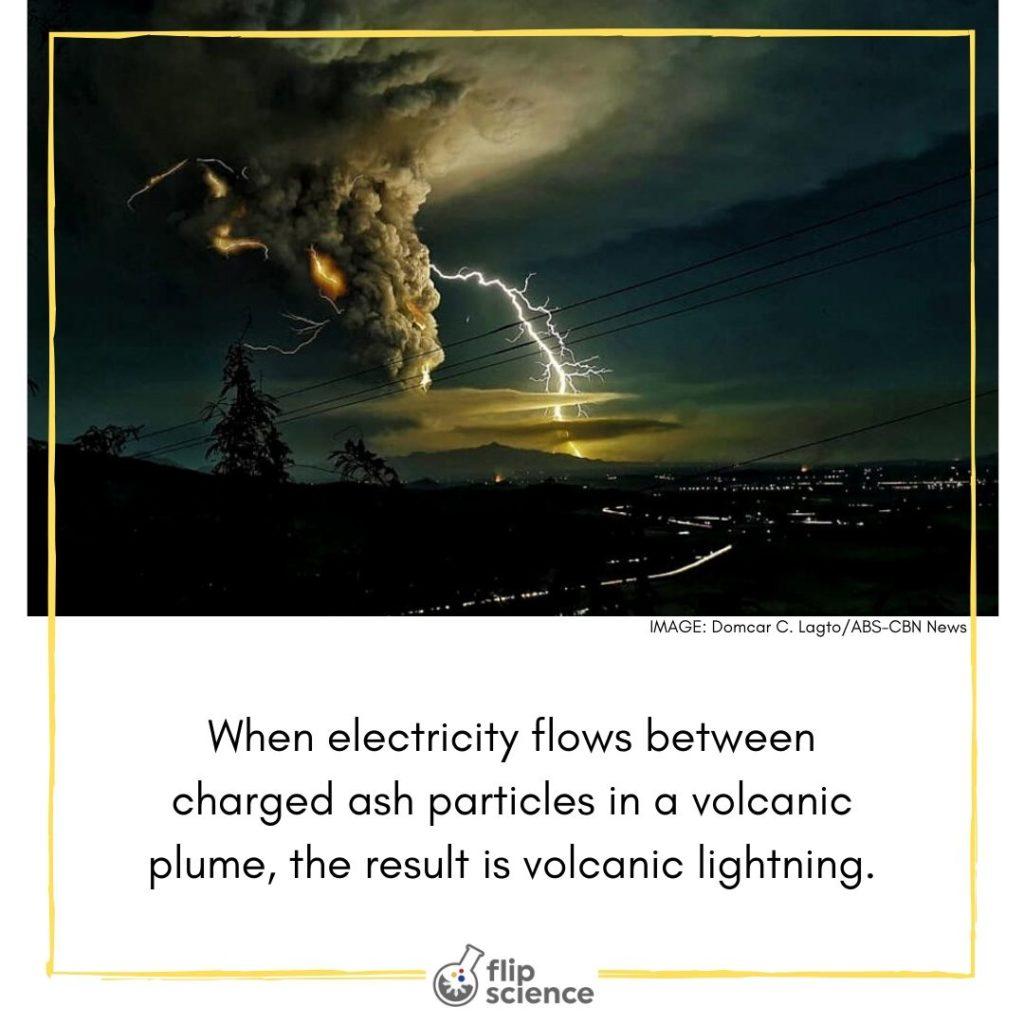 FlipFact of the Day: On its own, a volcanic eruption is more than enough to inspire a mix of awe and fear. Throw in a few lightning bolts, though, and it’s not surprising for some of us to start asking some serious questions (or remembering the last explosive kaiju movie they watched). What we’re actually witnessing in these instances, though, is physics in undeniably explosive action: volcanic lightning, a phenomenon that scientists can explain, yet still remains somewhat mysterious.

When an erupting volcano expels a plume—a piping-hot, cylindrical cloud of volcanic ash and gases—the densely packed ash particles inside it rub against each other. This friction causes the particles to become ionized, as they lose and gain electrons in the process. What happens next is charge separation: the gaps between the positively charged particles and the negatively charged ones inside the plume increase. At some point, the separation becomes too great for the air between these particles to resist the flow of electricity, and that’s when lightning takes place.

Volcanic lightning has been observed most frequently during eruptions with really large plumes, such as the phreatic explosion (a steam explosion resulting from groundwater superheated by magma) of Taal Volcano on January 12, 2020. These lightning strikes rarely happen during eruptions without a thick plume—a fact that experts are still trying to fully understand. Right now, we also can’t say for sure why they sometimes happen in bursts or with relative consistency, as well as why some volcanoes just never seem to experience them.

So the next time someone panics about volcanic lightning, you can just tell them that it’s electricity playing connect-the-dots with volcanic ash in the sky.