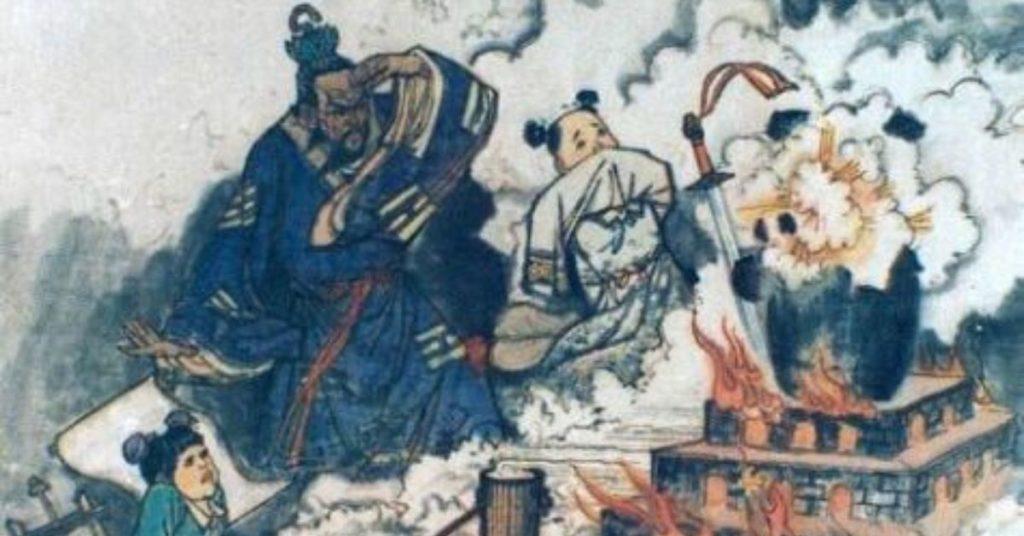 FlipFact of the Day: Throughout the course of history, countless inventions have been attributed to—or claimed by—China. Chief among these is gunpowder, which was arguably as much of a game-changer in warfare as the atomic bomb. A mixture of saltpeter (potassium nitrate), charcoal, and sulfur, it’s regarded as one of China’s Four Great Inventions (the other three being paper, printing, and the compass). It’s interesting, then, how the explosive substance that has brought about innumerable deaths across the centuries was a product of the quest for eternal life.

We may never know for sure who truly invented gunpowder. However, enough evidence points to Chinese alchemists as the first ones to extensively experiment with black powder (the less refined precursor to gunpowder) during the Tang Dynasty (9th century CE). By then, they had already been using saltpeter as a component in medicinal compounds for quite some time, which was why they had hoped to use it to create an elixir of immortality. There’s also a possible reference to gunpowder (a mixture of three powders that “fly and dance” violently) in a Taoist book from 142 CE.

In black powder, saltpeter is the oxidizer, while charcoal and sulfur serve as fuels. The oxygen from saltpeter combines with the carbon from charcoal, which also draws oxygen from the air when ignited. Meanwhile, sulfur speeds up the combustion rate by lowering the temperature needed to ignite the black powder. However, for the mixture to work properly, it needs to have just the right amount of each component. Another Taoist book, this time from 850 CE, contained a variation of the formula, but also warned against using it.

It’s said that the invading Mongols were the first to get a taste of “flying fire,” when the Sung dynasty’s defenders shot explosive arrows at them to keep them out. The Chinese continued to develop more sophisticated explosive weapons to fight invaders over the next few centuries. They also kept the recipe for gunpowder a secret from the rest of the world, to maintain their tactical advantage. They even prohibited Chinese traders from selling saltpeter to foreigners. Regardless, the technology eventually spread across the West, with different formulas for gunpowder published starting in the 13th century.