Published on May 28, 2020 by Mikael Angelo Francisco 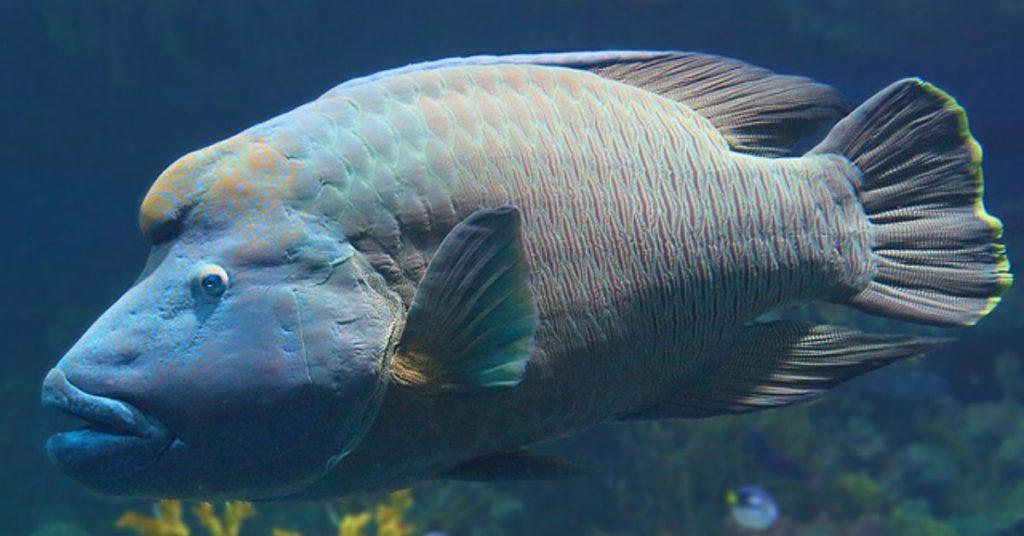 With its venomous spines and imposing size, the crown-of-thorns starfish (Acanthaster planci) is one of the most formidable predators of stony corals. Individually and in small numbers, this sea star isn’t necessarily a pest. However, crown-of-thorns outbreaks coupled with destructive human activities can spell doom for coral reefs. Fortunately, certain species are capable of consuming this dangerous echinoderm and controlling its population. One of them is an enormous fish that goes by many names: the humphead wrasse (Cheilinus undulatus), also known as the Māori wrasse, Napoleon wrasse, or (as Filipinos call it) mameng.

The mameng is one of the world’s largest reef fishes, reportedly growing up to 7 ft (2.13 m) long. It’s called the humphead wrasse because of the large bulge on its forehead, arguably its most distinctive feature. Males of the species typically sport blue-green or purplish-blue hues; females, on the other hand, feature red-orange coloration with a pale underside. This fish is a protogynous hermaphrodite, meaning some individuals born as females may eventually become males as needed (with their colors switching as well). The tough teeth and parrot-like beak that allows it to consume crown-of-stars starfish also lets it snack on hard-shelled mollusks and crustaceans.

Sadly, the mameng has been hunted to the point of near-extinction. The demand for its meat is high, and because of its extremely low reproductive rate, overfishing and destructive fishing techniques have made it an endangered species.

Conservationists across the world have taken steps to ensure its continued survival, though. In the Philippines, the mameng is protected by the Convention on International Trade in Endangered Species of Wild Fauna and Flora (CITES), the Philippine Fisheries Code of 1998 (RA 8550), and the Wildlife Resources Conservation and Protect Act (RA 9147).

Efforts to save the mameng seem to be slowly paying off. In 2019, it was spotted in the waters of Palawan—the first time in five years. Time will tell if local conservation efforts and legal safeguards are enough to let this species flourish once more.