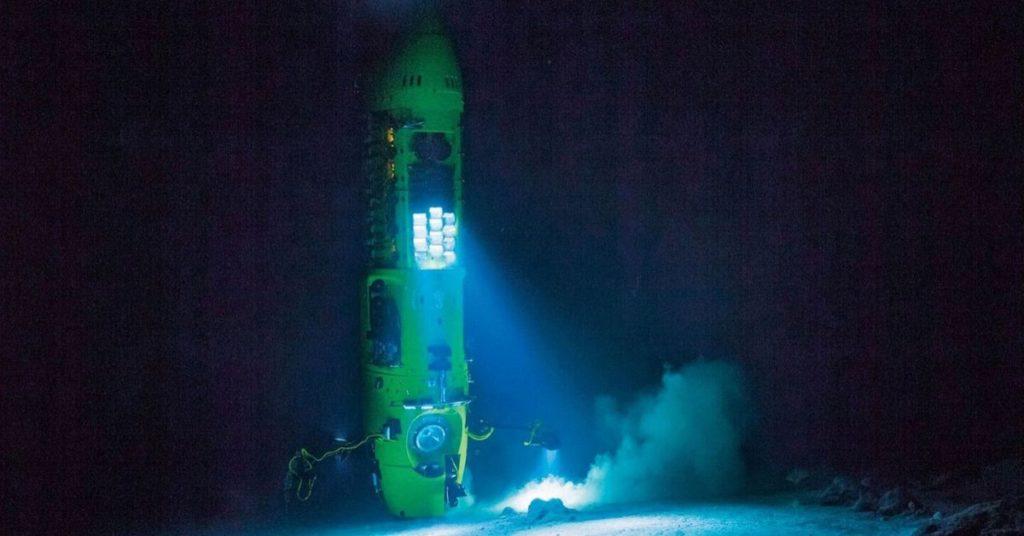 (Updated on June 11, 2020) A total of 12 men have walked on the Moon, all under NASA’s Apollo program. Given the gargantuan complexity and resource requirements of a space mission, this isn’t really surprising. What may come as a shock, though, is the fact that the number of people who’ve stood on Earth’s satellite is actually thrice the number of people who’ve reached the planet’s deepest point: the Mariana (or Marianas) Trench.

A crescent-shaped sea floor depression that’s over 2,550 km (1,500 mi) long and 69 km (43 mi) wide, the Mariana Trench is located east of the Philippines, about 200 km (124 mi) away from the Mariana Islands. Its deepest point, the Challenger Deep, is about 11 km (7 mi) from the surface of the ocean. If one were to drop Mount Everest into the trench, it would be fully submerged, its peak about 1.6 km (0.99 mi) beneath the surface. Traveling to the Challenger Deep would cover roughly the same distance as climbing Mount Apo, the Philippines’ highest mountain, 3.7 times. Down there, it’s perpetually dark and downright freezing, and the water pressure is said to be at about 8 tons per square inch. Experts say that the weight you’d feel if you were standing at the bottom of the trench would be that of a hundred adult elephants!

To date, only five humans have been to the bottom of the Mariana Trench. In 1960, Jacques Piccard and Navy Lt. Don Walsh reached a depth of 10.92 km (35,814 feet) in the U.S. Navy bathyscaphe (deep-sea submersible) Trieste, spending only 20 minutes at the bottom.

42 years later, director James Cameron went to the same site and descended 10.91 km (35,787 ft) in a submersible vehicle he designed, the Deepsea Challenger. “We treated it like a space mission, and you have to go in with a lot of redundancy in the way you design it,” he shared in an article published in National Geographic. “So, I wasn’t surprised when it worked. But you’re always a little bit relieved, because the alternative is not pretty.”

In 2019, entrepreneur and retired Naval officer Victor Vescovo dove 10.93 km (35,853 ft) into the trench, setting a new record. Sadly, the four new species Vescovo discovered during this trip weren’t the only colorful things he found in the ocean’s deepest depths—he claimed to have also spotted candy wrappers and a plastic bag.

On June 7, 2020, Vescovo returned to the Challenger Deep with a co-pilot: Dr. Kathy Sullivan of the National Oceanic and Atmospheric Administration (NOAA), a former astronaut who is now the first woman to travel to the bottom of the ocean.