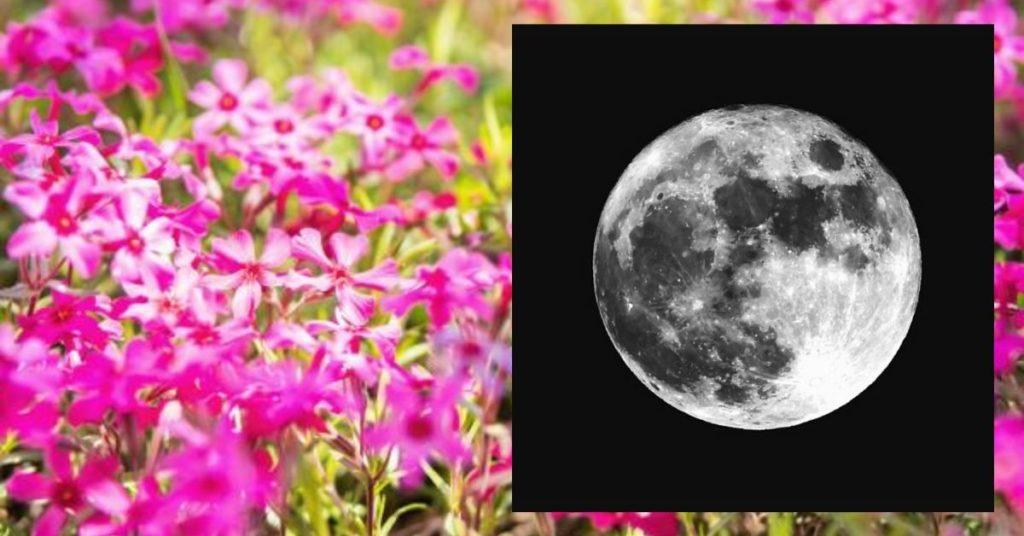 It’s that time of year again: Images of the Moon seemingly shaded with pink highlighter will be plastered across online news articles and your social media feeds. Called the Pink Moon, it’s April’s “supermoon”—a moon that looks a bit bigger than normal. Does the Moon really turn pink when this happens, though? And where did the name “Pink Moon” come from, anyway?

When the Earth finds itself between the Sun and the Moon, the side of our satellite facing us appears fully illuminated by the Sun’s light. This phenomenon, which we call a full moon, happens every 29 to 30 days. (The Moon’s orbit is inclined about 5.14° to the elliptic, which is why it usually misses Earth’s shadow; on the occasions when it doesn’t, a lunar eclipse takes place.)

The Pink Moon will look 7 percent larger than the moon typically does from our perspective. That’s because it will be at its closest point to Earth this year (about 357,000 km away).

Don’t expect the Moon to actually turn pink, though. It’s said that the moniker “Pink Moon” was coined by Native Americans, who associated the lunar event with the annual bloom of moss phlox (Phlox subulata), pink flowers native to eastern and central USA. It also signals the beginning of spring in the northern hemisphere, otherwise known as the vernal equinox.

Other cultures have equally curious names for the Pink Moon, depending on the seasonal significance they associate with it. Some examples are “Sprouting Grass Moon,” “Egg Moon,” and “Fish Moon.” Another interesting fact about Pink Moons: Easter Sunday typically follows them. Traditionally, the Catholic Church celebrates Easter on the Sunday that follows the first full moon on or after March 21.

This year’s Pink Moon, the biggest supermoon of 2020, will peak on April 8 at around 10:35 AM in the Philippines. Don’t fret, though, as we’ll still see a significantly brighter full moon come nighttime.

So don’t forget to check out the night sky on April 8. Given the world’s current state, a big, bright ball of light against an endless sea of darkness would undoubtedly be a welcome sight.