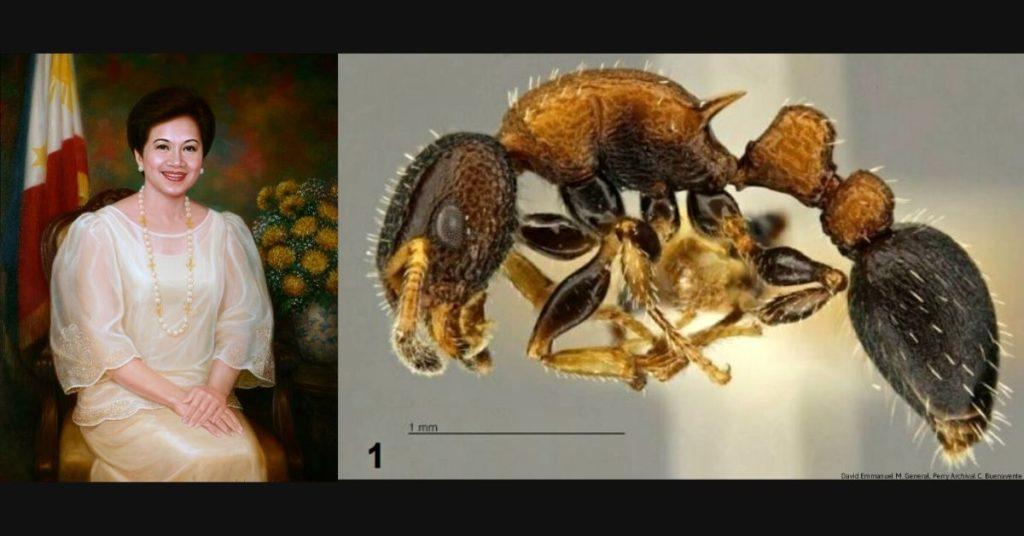 FlipFact of the Day: In January 2014, a pair of ant specialists participated in a biodiversity study of Cleopatra’s Needle Forest Reserve in Puerto Princesa City, Palawan. They had been resting at their camp after a five-hour hike when they noticed something they had never seen before: a colony of “strikingly colored” worker ants, crawling on their tents’ tarpaulin covers. Instinctively, the two myrmecologists—David Emmanuel M. General and Perry Archival C. Buenavente—collected samples of the amber-colored ants. The colorful critters turned out to be a species previously unknown to science—one that they named Romblonella coryae to honor Corazon Aquino, the Philippines’ first post-dictatorship President.

Described as having “robust, hard, and compact” bodies, Romblonella ants are notoriously hard to find. In the Philippines, they’ve only been spotted in a handful of island locations. R. coryae was the second Romblonella species identified from the Philippines; the first one, R. opaca, was found in Romblon 80 years earlier.

In an article on the UPLB Museum of Natural History’s website, General noted the late President’s support for “plans, programs and projects formulated to preserve and enhance the environment” of Palawan as part of the reason why they decided to name the species after her.

R. coryae‘s discovery also contributed to the eventual proclamation of Cleopatra’s Needle as a critical habitat in 2016. Cleopatra’s Needle is among the country’s oldest and most biologically diverse forests, and is also one of Palawan’s highest peaks. Its status as a critical habitat grants it additional protection under Republic Act 9147, or the Wildlife Resources Conservation and Protection Act.