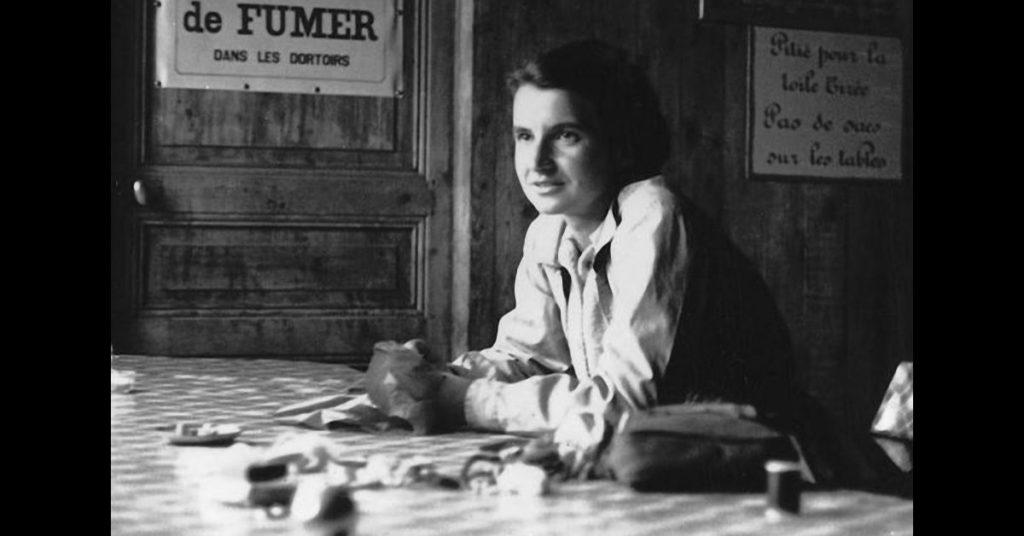 Countless women throughout history did not receive the respect and recognition they deserved, despite exhibiting excellence in their chosen fields. One of the most tragic and egregious examples is English chemist Rosalind Franklin. Her seminal work in X-ray crystallography (the experimental science of studying a crystal’s atomic and molecular structure) paved the way towards not one, but two major scientific breakthroughs… but a combination of factors beyond her control ultimately robbed her of the chance to win not one, but two Nobel Prizes.

Born on July 25, 1920 in London, Franklin demonstrated a clear interest and aptitude in the sciences at an early age. She obtained her PhD in physical chemistry from the University of Cambridge in 1945 via a research fellowship, in spite of the institutionalized bias against women that was rampant at the time. After World War II, Franklin worked in Paris as a researcher, where she mastered how to determine crystals’ molecular structures (X-ray diffraction). In the years that followed, Franklin persevered, even though she was paid less than her male colleagues and constantly bypassed for promotion.

It was at King’s College London in May 1952 where Franklin and her student took a photo that showed a crucial yet previously unknown aspect of DNA: its double helix structure. This image (called “Photograph 51”) helped molecular biologists James Watson and Francis Crick accurately deduce the structure of DNA. Watson and Crick gained access to Franklin’s work via her colleague, Maurice Wilkins, who showed Photograph 51 to the pair without asking permission from Franklin.  Eventually, the three men published their findings in 1953, paving the way for them to win the Nobel Prize in Physiology or Medicine 1962.

Unfortunately, Franklin died of ovarian cancer in 1958, making her ineligible for nomination; the Statutes of the Nobel Foundation only permit living nominees and laureates. Furthermore, Watson, Crick, and Wilkins were awarded for the entirety of their work, not just for the discovery of DNA’s structure. Nevertheless, many argue that Franklin still deserved recognition; Crick even wrote in a 1963 letter that the crucial data “was mainly obtained by Rosalind Franklin.”

In a bittersweet twist, Franklin’s colleague and principal beneficiary Aaron Klug received the Nobel Prize in Chemistry 1982 for his and Franklin’s work on viruses and protein-nucleic crystal structures—the forerunner to poliovirus research. Had Franklin been alive in 1982, she likely would have shared the Nobel Prize with Klug. (To his credit, Klug did everything he could to properly acknowledge her and honor her memory.)

Today, we recognize Franklin for her invaluable contributions to science. The European Space Agency and Russia’s Roscosmos have even named their joint project after her: A six-wheeled probe that, in 2020 or 2022, will look for life on Mars. Perhaps, it’s the least we could do for the unsung heroine who helped us understand the building blocks of life on Earth.