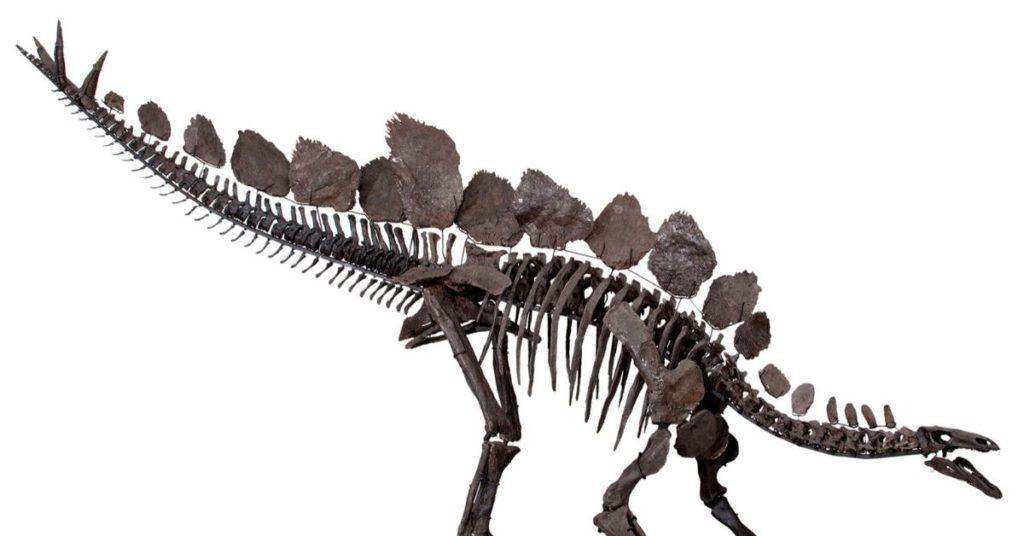 FlipFact of the Day: Stegosaurus stenops is easily one of the most recognizable dinosaurs ever. For some, it may even be the quintessential dinosaur, even more so than the three-horned Triceratops or the fearsome Tyrannosaurus rex. The massive Mesozoic plant-muncher’s appearance is nothing short of iconic: A narrow head, a stocky build, two rows of alternating bony plates running down its back, and four spikes at the tip of its tail. This arrangement of sharp protrusions on its appendage is colloquially called a thagomizer—a name coined not by paleontologists, but by a cartoonist with a penchant for ancient absurdities.

In a 1982 installment of Gary Larson’s popular comic The Far Side, the artist drew cavemen in a lecture hall gathered around their prehistoric professor, who was depicted pointing at an illustration of a Stegosaurus tail and calling it the humorously made-up term “thagomizer.” A paleontologist at the Denver Museum of Nature and Science, Ken Carpenter, read the comic and liked the word. He ended up including it in his description of a Stegosaurus fossil at the annual meeting of the Society of Vertebrate Paleontology in 1993. The name caught on, and has since been used by scientists as an informal way of referring to this peculiar part of stegosaurid anatomy.

Stegosaurus probably used its spiky tail as a whip-like defensive weapon, swinging it around like a spiked wrecking ball. Evidence exists to support this idea, including a tail vertebra from a carnivorous Jurassic-era dinosaur, Allosaurus.  Paleontologists who examined the Allosaurus remains in 2014 found “emphatic and unambiguous” proof that the predator sustained fatal damage from a thagomizer in a rather unfortunate place: its crotch.