FlipFact (April 10, 2020): The Telharmonium, the granddaddy of music streaming 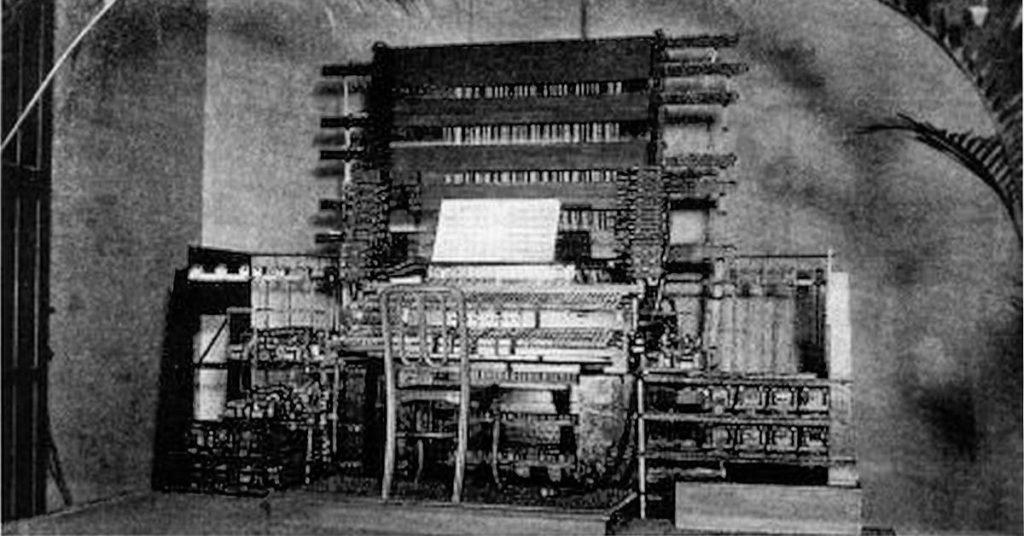 Over the centuries, technology’s steady march has led to the development of innovative ways to escape boredom. One of modern society’s most popular pastimes is listening to music, whether through radio, CDs, or online channels and apps. Interestingly, the concept of music streaming was put into practice as early as 1906—an effort that ultimately failed because it was ahead of its time.

In 1893, an American lawyer and inventor named Thaddeus Cahill had a unique idea. He wanted to use telephone lines (a novel technological wonder back then) to play music non-stop in restaurants, cafes, hotels, and even living rooms across New York City. He thought of how to make the sound from the telephone receiver loud enough to fill a large room. Cahill also developed a 12-cylinder, keyboard-operated electronic instrument. It had sets of versatile tone wheels that could replicate any note in any audible octave. The instrument, which many consider to be the world’s first synthesizer, could emulate an entire musical ensemble.

Cahill received a patent for his invention, the Telharmonium (initially called the Dynamophone), in April 1897. He finished the first model in 1901, a 7-ton machine that didn’t quite meet his expectations.

It was with his second model, a 200-ton behemoth publicly unveiled in 1906, that he found success. Numerous establishments in Manhattan signed up for his streaming service; a year later, private citizens started subscribing as well.

At the time, the idea of “music on demand” was mindblowing. Customers paid 20 cents an hour for the privilege of being able to pick up their phones and play music from the Telharmonium at any time. Located at a “music plant” inside the city, Cahill’s Telharmonium had two musicians playing it 24 hours a day.

Despite its initial success, however, the Telharmonium was doomed to fail. For starters, it required too much power to operate. Subscribers also complained of “faint or distorted” music, as well as conversations suddenly disrupted by tunes that managed to criss-cross over phone lines.

The final nail in the Telharmonium’s coffin was the emergence of wireless radio technology; by the time Cahill finished his third model, people had already lost interest. Cahill’s company folded in 1914 due to steadily rising operational costs and a lack of subscribers.

Sadly, this story ends on a rather low note. No recordings of the Telharmonium exist, and the last surviving instrument was turned into scrap because no one wanted to buy it.