Published on May 11, 2020 by Mikael Angelo Francisco 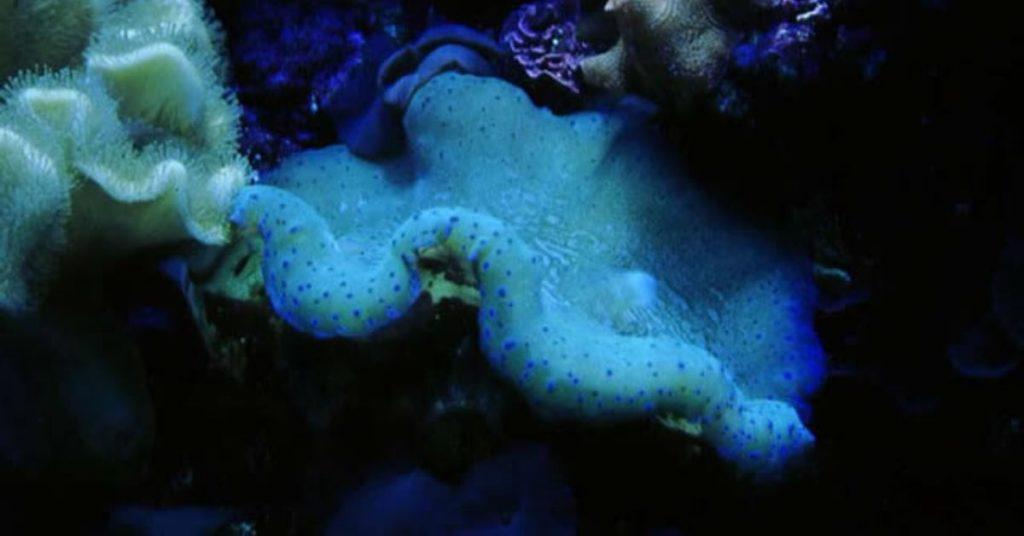 When Filipinos talk about the giant clam, one species typically comes to mind: Tridacna gigas, found in the Verde Island Passage, Panatag (Scarborough) Shoal, and other territories of the Philippines. In reality, T. gigas is just one of the numerous species of giant clams known to science, eight of which can be found in the country. There’s a good reason why T. gigas has become synonymous with “giant clam,” though. It’s the largest species under the Tridacna genus, as well as the largest extant two-shelled animal (bivalve).

Some of T. gigas‘s distinguishing adult traits include its four to five shell folds (or ribs), a strongly curved upper margin, and the absence of tentacles on its incurrent siphon (the tube it uses for taking in oxygenated water and food). The largest T. gigas specimen was discovered in Sumatra, Indonesia about two centuries ago. It measured 4 ft 6 in  (1.37 m) wide and weighed about 510 lbs (230 kg). As a giant clam’s soft parts account for roughly a tenth of its weight, it’s estimated that the specimen weighed close to 550 lbs (249 kg) in life.

Interestingly, it’s possible to guess the origin of a giant clam specimen based on its colors. Giant clams from Anilao in Batangas, for instance, have been observed to sport blue spots. Meanwhile, those obtained from Bolinao, Pangasinan tend to be brown with green edges.

Giant clams are actually a vital component in many healthy marine ecosystems. Aside from filtering seawater, recycling nutrients, and curbing algal growth, their presence also aids in the formation of coral reefs, creating a structure where other marine species can thrive.

Unfortunately, these otherwise highly adaptable mollusks remain in grave danger due to manmade pollution, aggressive and abusive fishing practices, and rising marine temperatures. In a study conducted from 2014 to 2016, researchers identified T. gigas as the most threatened giant clam, with nearly half of its wild populations greatly reduced or even wiped out from their previously known habitats.

The Philippines has been vocal about protecting the giant clam and the local territories it thrives in. Last year, officials protested a Chinese fishing vessel’s illegal harvesting of giant clams from Panatag Shoal in 2012. Just recently, the China Coast Guard has threatened to arrest foreign fishing vessels that enter the Shoal and other areas within or near the South China Sea. How this will affect giant clam conservation efforts remains to be seen.