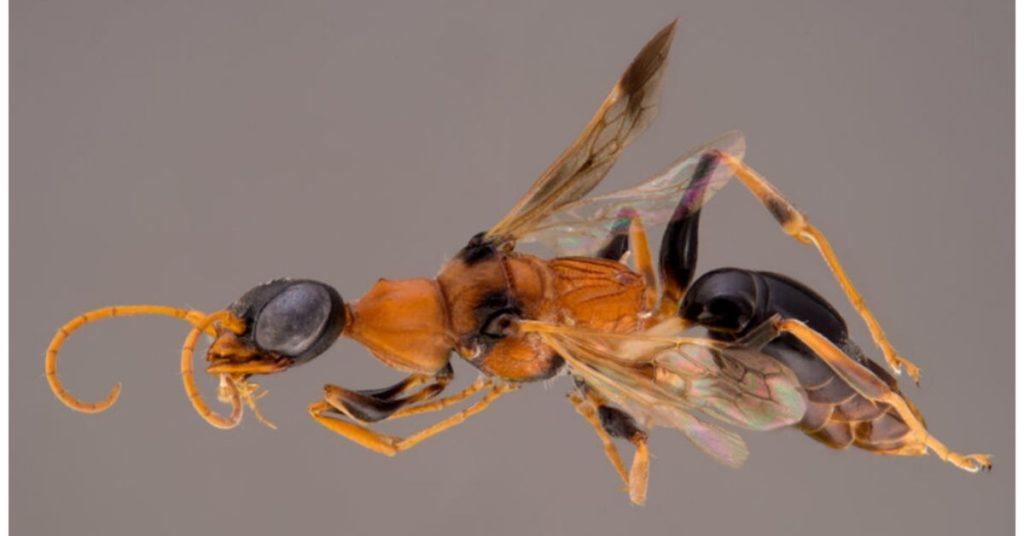 FlipFact of the Day: In 2012, the Museum für Naturkunde (MfN) in Berlin asked visitors to pick a name for a species of cockroach wasp. The museum made them choose one of four preselected options.

The wasp in question has a terrifying way of paralyzing and consuming its prey: it injects neurotoxins into the unsuspecting roach, inhibiting its escape behavior while still leaving it able to move (“zombifying” it, in a manner of speaking). It then grabs its partially paralyzed prey by one of its antennae and leads it to its nest. There, the wasp lays an egg inside the “zombie” cockroach, which hatches after a few days. The newly hatched larva then eats the host from the inside.

Because of its uniquely horrifying behavior, the guests decided to name it 𝘈𝘮𝘱𝘶𝘭𝘦𝘹 𝘥𝘦𝘮𝘦𝘯𝘵𝘰𝘳, after the soul-consuming Dementors in the “Harry Potter” books.

Today’s Science History Milestone: On August 28, 1919, electrical engineer Godfrey Newbold Hounsfield was born. Hounsfield was the co-developer of the X-ray computed tomography (CT) technique. For their independent contributions to the invention of CT scanning, both Hounsfield and Allan McLeod Cormack won the 1979 Nobel Prize in Physiology or Medicine.