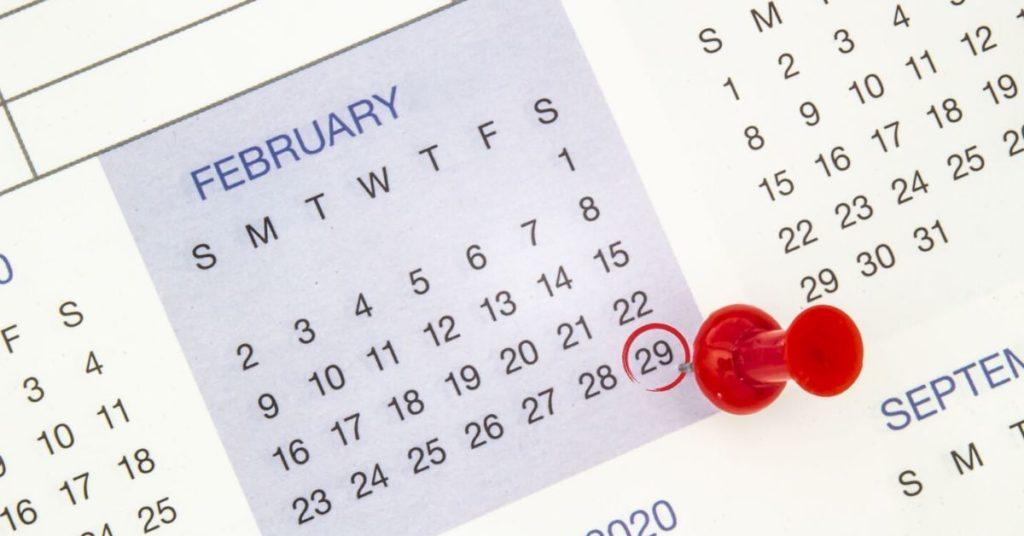 FlipFact of the Day: If you’re living in a country that follows the Gregorian calendar system, you probably know that we add a day to February every four years. We call this extra day a leap day, and it involves quite a bit of math. It’s also why we’ve managed to consistently keep track of time AND Earth’s seasons; in fact, if we didn’t have these so-called leap years, our calendars would be completely out of whack every century.

We’ve been taught that there are 365 days in an ordinary year. This suggests that Earth takes 365 days to travel 940 million km (584 million mi) and completely orbit the Sun.

In reality, though, it takes a bit longer than that. A true solar year (or tropical year) actually takes approximately 365.24219 days. No big deal, right?

Here’s the thing: When you factor in how long it actually takes Earth to rotate on its axis (23 hours, 56 minutes and 4 seconds) and the fact that our planet’s axis is shifting (due to precession), you’ll find that a solar year is about 20 minutes longer than the time it takes Earth to orbit the Sun with respect to the stars as a fixed frame of reference (a sidereal year). That tiny difference is more than enough to throw us off when estimating the passing of Earth’s seasons. If we keep each year fixed at 365 days, we’d lose 5 hours, 48 minutes and 45 seconds annually. Meaning at some point, the Philippines would experience heavy rainfall in April, or celebrate Christmas during summer.

However, solving this calendar conundrum isn’t as simple as adding a leap day every four years (which puts the average length of a year at 365.25 days). In fact, the Julian calendar system, the predominant system in Europe up until four centuries ago, did exactly this… and ended up being off by ten full days.

To fix this, Pope Gregory XIII introduced the Gregorian calendar system in 1582. It still adds a day every four years, but with an added condition: it skips centennial years that aren’t divisible by 400. Based on this system, 1600 and 2000 were leap years, while 1800 and 1900 weren’t (and 2100 won’t be). The Gregorian system also moved the start of the New Year from March 25 to January 1. Oh, and it dealt with the 10-day discrepancy by just flat-out eliminating October 5 to October 14, 1582 from the calendar.

The Gregorian calendar isn’t a perfect solution, though. It places the current yearly average at 365.2425 days: close to the real number, but not enough. In about four million years, we’ll have to revise the calendar again (likely by eliminating leap years entirely).

Nevertheless, if you were born on February 29, don’t feel bad. It’s your once-every-four-years birthday that will continue to give Earth’s seasons a sense of normalcy for a long, long time.