Why does Australia look red when seen from space? 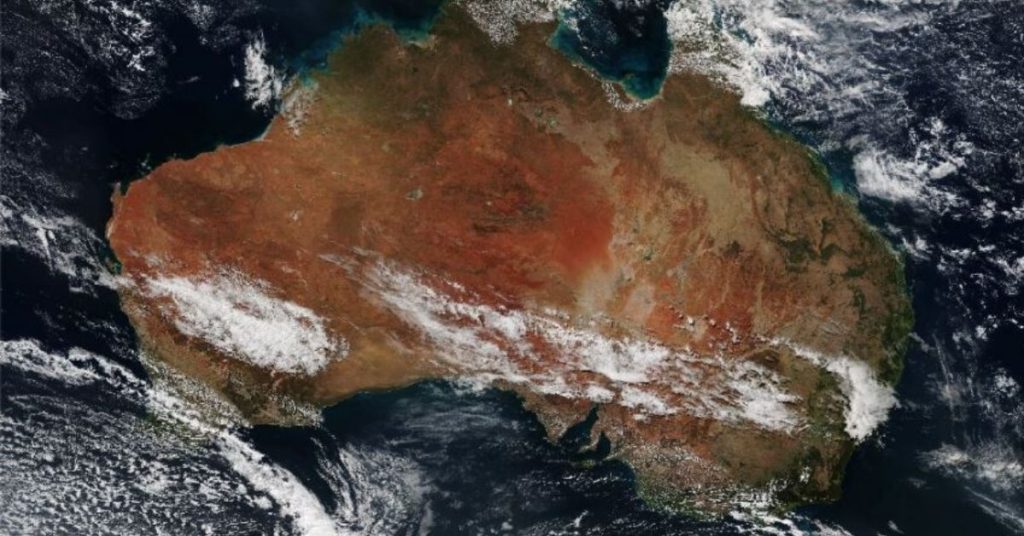 If you’ve ever looked at a satellite image of Australia, you’ve probably noticed how it looks a bit like a chunk of Mars that somehow got transported to Earth. As you may have already guessed, it’s mainly because of Australia’s soil composition. However, what may come as a surprise is its connection to a precious gemstone—one that’s abundant in the country, but a rarity anywhere else on the planet.

Opal, both in its common and precious forms, is composed of amorphous silica lumps between 150 and 400 nanometers (one-billionth of a meter) wide. Opal’s chemical formula is SiO₂·nH₂O—silicon dioxide plus a variable amount of water. For a long time, the mechanism behind the formation of this gemstone (and why it’s so hard to find in nature, outside of Australia) remained a mystery. That is, until a 2013 study looked into the Great Artesian Basin in central Australia, the world’s biggest source of gem-quality opal.

Up until about 100 million years ago, the basin contained a stagnant body of water called the Eromanga Sea. According to University of Sydney geologist Patrice Rey, when the water in the basin dried out, an “extraordinary instance” of acidic oxidative weathering—a chemical process that involves the transformation and breakdown of rocks with high amounts of iron—also took place, prompting the formation of massive quantities of opal there. This doesn’t normally happen in other places on Earth, due to the acid-neutralizing carbonates on the planet’s surface.

In this case, though, it’s likely that a unique combination of factors—Australia’s arid climate, its iron-rich rocks, and the resulting saltwater absorption—made the process possible.

It isn’t so hard to imagine, then, that anyone interested in studying Mars would think of conducting research at the basin. “Evolution of these colonies could offers clues about what to expect and what to look for at the surface of Mars,” observed Rey, who also took note of the similarities between the rocks, flood history, mineralogy, and color of the reddish continent and the Red Planet.