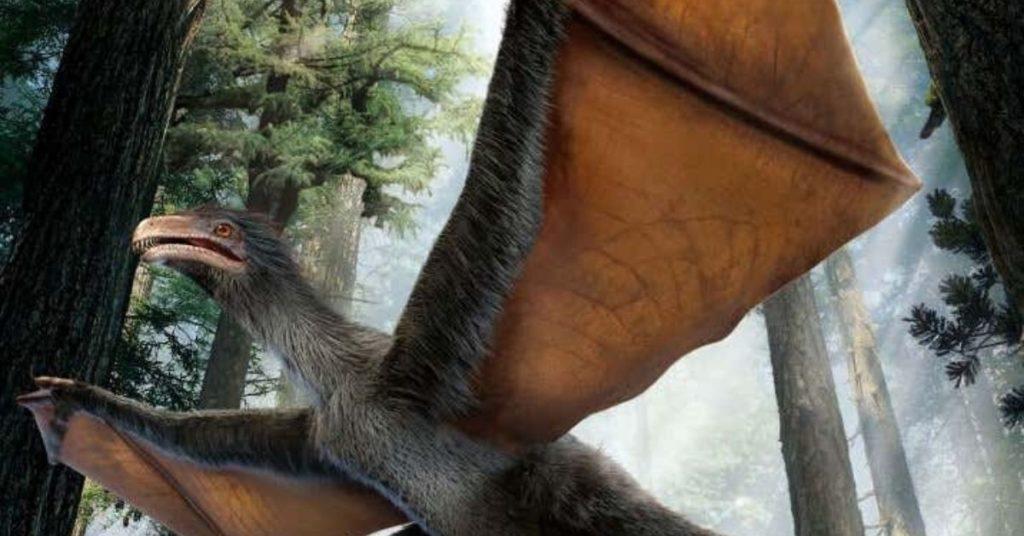 Dinosaurs are undoubtedly fascinating, but many of them sound like they were pulled straight out of a book of tongue twisters. With names such as Piatnitzkysaurus, Probrachylophosaurus, and Micropachycephalosaurus, reading about them sometimes feels less like a paleobiology lesson and more like an exercise in enunciation. Fortunately, not all of these prehistoric animals have nearly-impossible-to-pronounce names. In fact, one of them has a name short enough to fit a small name tag: Yi qi (“strange wing” in Mandarin), or just Yi.

Described in 2015 based on a single specimen from China’s Tiaojishan Formation, the pigeon-sized Yi lived 159 million years ago, in the latter half of the Jurassic period. It’s a scansoriopterygid—yikes, looks like we’re not done with tongue twisters yet—a kind of small, feathered dinosaur that had long arms, three-fingered hands with extremely lengthy third digits, and breast bones. Yi also possessed a thin, rod-like bone protruding from each of its wrists. Paleontologists believe that these bones, along with Yi‘s third fingers, supported wing membranes similar to those of bats or flying squirrels. Prior to Yi‘s discovery, no other dinosaur was known to have this feature. However, Yi‘s wing membranes and stiff, filamentary feathers were likely used for gliding, not flying. Evidence also suggests that Yi was a tree-dweller that used its limbs and digits for climbing.

Interestingly, Yi has the shortest generic dinosaur name, the shortest binomial dinosaur name, AND the shortest name of any animal. That last one is a distinction it shares with the great evening bat (Ia io), a living species of bat found in China, India, Laos, Nepal, Thailand, and Vietnam. That’s because under the International Code of Zoological Nomenclature, the shortest valid binomial name is four letters long (at least two letters for both the genus name and the species name).