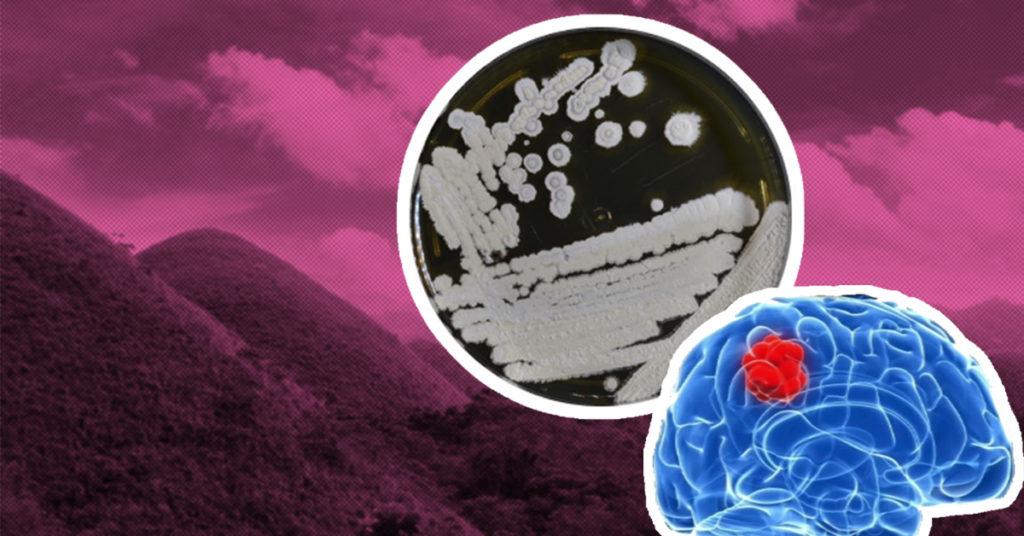 •Working with scientists at the University of Utah, Dr. Joshua Torres identified a new molecule in bacteria from Truncatella snails.
•Named after Bohol, boholamide A has shown potent cancer-killing properties in vitro, even against cancer cells in defensive mode.
•The team will work with other experts in conducting further tests, as boholamide A moves further along the drug development process.

Unless you’re a scientist, a snail enthusiast, or a fisherman, you’ve probably never heard of Truncatella mollusks, much less paid any sort of special attention to them.

Named after their truncated shells, these tiny marine snails are a fairly common sight near the picturesque shores of Panglao, Bohol and Mactan, Cebu (if you’re actively looking for them, that is). Despite being about as small as a pencil’s eraser, a Truncatella snail can be quite fascinating to watch, if only for the peculiar way it moves. It doesn’t glide over a trail of slime like other snails do; instead, it pulls itself forward with a powerful, muscular proboscis, resulting in a weird sort of looping walk. It’s something you’d only notice after taking a close look.

Zoom in closer, though—much, much, much closer—and you just might find an incredibly potent cancer-killer.

“We screened a collection of bacteria isolated from marine mollusks from the Philippines to find a molecule that can be used to kill cancer cells,” explains Dr. Joshua Torres, a Filipino medicinal chemist at the University of Utah.

Working with a team led by Schmidt Marine Natural Products Lab head Prof. Eric W. Schmidt, Torres discovered and solved the structure of the molecule, which they found in a strain of the Nocardiopsis bacterium. The team named it boholamide A, honoring the island where they obtained the mollusks. 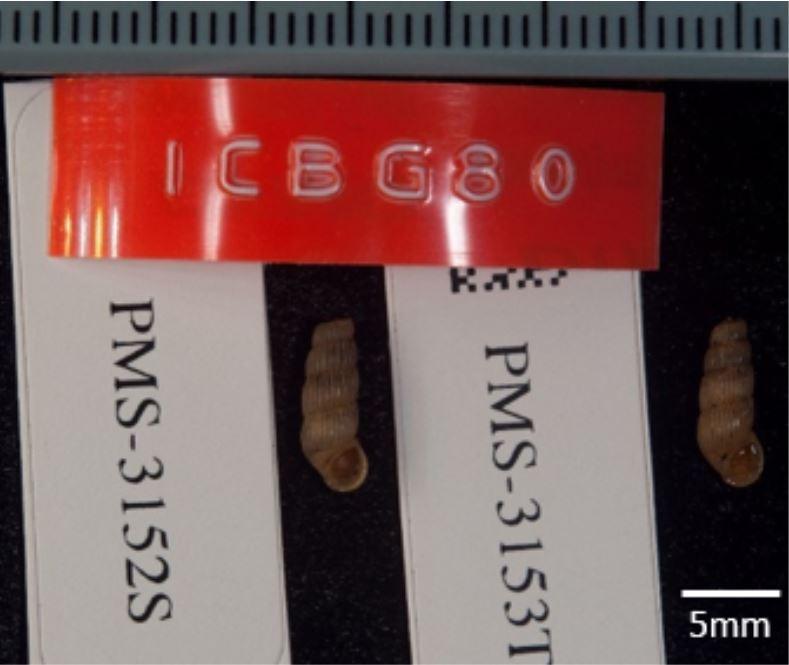 Torres is no stranger to such small wonders. Alongside the Philippine Mollusk Symbiont International Cooperative Biodiversity Group (PMS-ICBG), he has been studying Philippine mollusks through the lens of biodiversity, drug discovery, biofuels, and basic research over the last decade. And since the Philippines is one of the most biodiverse areas in the world, there is no shortage of things for Torres and his colleagues to see and study. Since 2010, the group has done much in the area of drug discovery, having isolated more than 3,000 microbes from snails living near the sea.

Marine mollusks such as Truncatella play a significant role in drug discovery, as they’re remarkably robust bacterial niches. In 2017, Torres co-authored a study comparing marine mollusk microbes to those in marine invertebrates that have been extensively studied in this area.

According to Torres, drug resistance is one of factors that make cancer, specifically the types affecting the brain, difficult to treat. “Solid tumors (e.g. glioblastoma, meningioma, other types of brain cancer) can create a hypoxic (low-oxygen) environment which allows them to be resistant against drugs, especially when the drug requires molecular oxygen to work.”

What sets boholamide A apart from other cancer-killing molecules is that drug resistance doesn’t stop it. In fact, it appears to become even more effective when cancer cells are on the defensive.

Torres developed the calcium assay (the biochemical analysis of the sample) for finding the molecule. Experiments showed that unlike other chemotherapy drugs such as temozolomide and doxorubicin, boholamide A becomes nearly three and a half times more potent under hypoxic conditions.

Torres also ran boholamide A against a small panel of other types of cancer (including lung and liver), and it still showed potency. However, further testing is needed to determine if the new molecule is also hypoxia-selective in those cases.

“I think it is not an over-simplification to call it ‘cancer-killing,'” Torres affirms, “because we can demonstrate it experimentally.”

“Nowadays, science is a team effort,” shares Torres. “You get more information and knowledge if you work in groups.”

For starters, his colleagues helped in determining the molecule’s stereochemistry, or how it’s oriented in 3D space—a “three-year-old problem,” according to Torres.

The team also collaborated with the university’s neuroscience lab, headed by Filipino chemist and cone snail toxin expert Dr. Baldomero Olivera, to test boholamide A in the lab’s assay platform. This approach, called constellation pharmacology, is typically used for studying pain and signaling mechanisms in both neuronal and non-neuronal cells. In their experiment, the team used the technique to check if boholamide A can selectively target certain cells. “We found that boholamide A can selectivity target cold thermosensors, cells that allow you to sense cold temperature,” says Torres.  This suggests that the molecule may be useful in research on drugs for other illnesses as well.

In addition, the team worked with Dr. Gisela P. Concepcion and Jose Miguel Robes of UP Diliman’s Marine Science Institute in conducting cell toxicity tests on developing zebrafish embryos. A tropical fish native to southeast Asia, zebrafish share 70 percent of their genes with humans, and grow extremely fast. The tests showed no developmental defects in the zebrafish as a result of boholamide A. 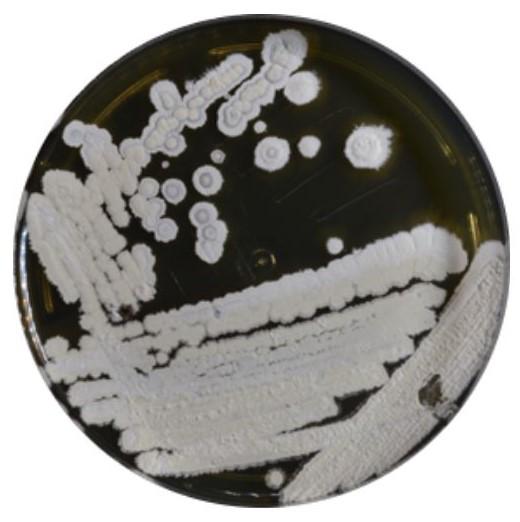 However, discovering boholamide A is just the first stage in the long and arduous process of drug development.

“We know which parts of the molecule are important for it to work,” explains Torres, “but we still don’t know how exactly it works (i.e. how it interacts, and what it targets in glioblastoma to cause that unique hypoxia-selective action).”

Now that the team has determined that boholamide A works in vitro (outside of a living organism), further stages will involve more tests by experts in pharmacokinetics, toxicity, and other critical fields of study. Another aspect to consider is the method of drug delivery. “It is really hard to penetrate the blood brain barrier,” shares Torres.

The team is preparing to work with other groups for the next stages, while continuing to screen their bacterial library for molecules with antibiotic, anti-viral (HIV), anti-pain, and other drug-like properties.

Sadly, the ongoing COVID-19 pandemic has somewhat inhibited their progress, with their lab being temporarily shut down (save for essential research operations and live animal maintenance). The team has found ways to get around that, though. “We do lab meetings virtually now; we’re writing papers, planning experiments, and going over data. We’re even planning on doing a project to find molecules that can fight against coronaviruses!”

‘Potential in our own backyard’

Torres considers boholamide A to be one of the best among molecules of its type. Its properties make it a good model (or as they call it, “drug lead”) for developing hypoxia-selective drugs.

“In our field, you get the chance to name the new molecule you discovered,” says Torres, who wasted no time in naming it after Bohol. It was an expression of gratitude to the local government and its citizens for granting access to the island’s marine biodiversity, as well as to the fishermen who helped them collect the specimens. “They know a lot about these mollusks—where they can be found, what they eat, who eats them. They are excellent scientists and naturalists!”

There’s a second, equally meaningful reason behind the choice of name, though.

“The story of erythromycin has always resonated with me,” reveals Torres.  According to numerous sources (including the late senator and health secretary Juan Flavier), Dr. Abelardo Aguilar discovered the bacteria that would eventually yield the life-saving medicine. However, international patent laws prevented him from getting due recognition and royalties, up until his death. “By naming [boholamide A] after Bohol,” Torres explains, “we can prevent it from ever happening again.”

“I hope that Filipinos will be reminded that there is a huge potential for drug discovery in our own backyard—we just need to be interested enough to find them.”