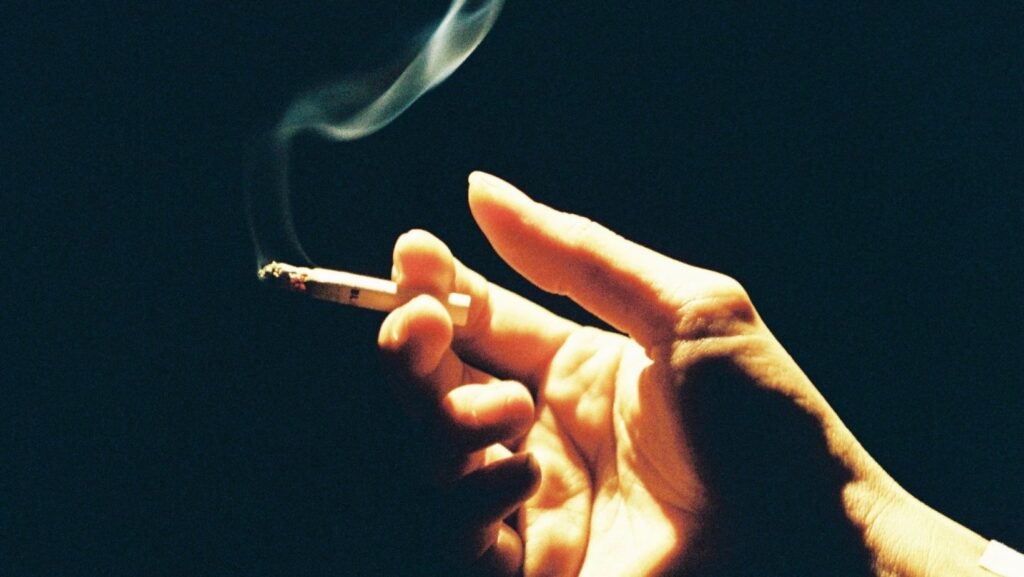 While various strategies have been adopted over the years to help smokers quit — including the emergence of e-cigarettes, which many experts fear are spawning an entirely new health crisis themselves — the most drastic measures taken by governments all over the world involve banning smoking in public spaces.

The idea of a smoking ban certainly isn’t new in the Philippines. The Tobacco Regulation Act of 2003 prohibits smoking in public places. People aren’t allowed to smoke in schools, hospitals, and government offices, as well as in public transport terminals. On top of this, President Rodrigo Duterte — a former smoker turned staunch anti-smoking advocate — signed Executive Order No. 26 on May 16, 2017, with the objective of establishing “smoke-free environments in public and enclosed places” by allowing smokers to smoke only in DSAs (designated smoking areas). These DSAs are typically found in nightclubs, bars, certain workplaces, and public watercraft (but not inside public land vehicles or aircraft).

Now, a bill before the Philippine Congress aims to amend the Tobacco Regulation Act of 2003 by increasing the scope of the ban to nearly all kinds of indoor public smoking. The question is: Are such bans truly effective? Do they really work in dissuading smokers from continuing their tobacco habit? And perhaps more importantly, are they enough to solve the world’s ongoing tobacco problem?

Smoking in the Philippines

Despite the numerous measures lawmakers in the Philippines have taken to combat the tobacco problem, tobacco use and exposure in the country remain disturbingly high.

In the same year the Tobacco Regulation Act was approved, the Philippines signed the WHO’s Framework Convention on Tobacco Control, said to be the first public health treaty in the world. The Philippines joined 167 other signatories in establishing “common goals” toward tobacco regulation, setting “minimum standards for tobacco control policy,” crafting laws to eradicate passive smoking from public spaces, public transport, and offices, and taking a more active role in handling the problem of tobacco smuggling and other “cross-border challenges” involving tobacco products.

A problem right under everyone’s noses

The discussion about the perils of tobacco smoking has been going on for almost a century, yet the habit (along with the deadly illnesses associated with it) remains a global problem. An early example dates back to 1898, when medical student Hermann Rottmann became the first to suggest that lung cancer — a problem which had much, much fewer documented cases back then — may be linked to tobacco, based on the spike in the number of tobacco workers in Germany who developed lung tumors.

That said, Rottmann erroneously proposed that the culprit was the dust from tobacco, and not the smoke. It took 14 years before this misconception was corrected by an American doctor, Isaac Adler, after studying the dramatic increase in lung cancer cases. However, the physician was careful to emphasize that more research was needed, and merely noted that the “abuse of tobacco,” alongside excessive drinking, was a potential reason. In fact, over the next decade, other experts proposed numerous other alternative explanations to the increase in lung cancer cases, from industrial air pollution to asphalt dust. Over time, though, it became quite apparent that among all of the potential causes, tobacco use was the likeliest.

And you don’t even have to smoke tobacco to die from it; just ask the World Health Organization (WHO). Per their estimates, approximately 600,000 out of the 6 million tobacco-related deaths every year (that’s one-tenth of the total deaths, all of which are classified as “preventable”) were consequences of secondhand (or “passive”) smoking.

Catching a whiff of secondhand smoke isn’t just unpleasant; it’s quite deadly, too. Carcinogenic (cancer-causing) compounds such as formaldehyde, toluene, and vinyl chloride are just some of the more than 7,000 lethal chemicals that a cigarette produces the moment a smoker lights it. Evidence points to secondhand smoke inhalation as a major factor in a person’s increased risk of suffering from a brain tumor, heart disease, stroke, and even different types of cancer.

A brief history of smoking bans

Interestingly, smoking bans predate mainstream awareness about the harms of tobacco use. According to various literature, smoking was outlawed in certain areas as far back as the 16th and 17th centuries. Mexican churches prohibited parishioners from smoking in 1575, while Japan straight-up declared tobacco illegal 45 years later. Chinese leaders reportedly took even more drastic steps to outlaw tobacco in the early 1600s, as anyone caught distributing or consuming it in the country could be beheaded.

King James I of England was a particularly vocal critic of the practice of tobacco use. On top of imposing an astronomically high tax on tobacco, he wrote this in his 1604 treatise “A Counterblaste to Tobacco”:

“[Smoking tobacco is] a custom loathsome to the eye, hateful to the nose, harmful to the brain, dangerous to the lungs, and in the black, stinking fume thereof, nearest resembling the horrible Stygian smoke of the pit that is bottomless.”

In the United States, the state of Massachusetts passed a law prohibiting smoking in public places in 1632. As time passed, other states such as Minnesota, California, and New York also imposed stricter regulations on public smoking.

Fast forward to the 20th century, during which the perceived perils of smoking were so great, even the Nazis felt the need to step in. From the early 1930s to the mid-1940s, Adolf Hitler’s forces enacted a massive ban on tobacco advertising and public smoking, and even funded research on establishing the link between tobacco and lung cancer. It must be said, however, that the motivation behind this Nazi initiative was less than altrustic, as it was ultimately centered on maintaining the “racial and bodily purity” of the so-called “Aryan race” concept that the party held in such high regard.

However, despite the increasing pool of scientific evidence linking the practice to deadly diseases — including the 1964 U.S. Surgeon General’s Report, which was the first of its kind to definitively establish a connection between lung cancer and smoking — smoking continued to be popular. In fact, cigarette sales reached an astonishing high of 631.5 billion pieces sold in 1980, even after the anti-smoking movement started to gain traction.

Still, many countries have employed the smoking ban strategy to put an end to the harmful practice. Ireland made history on March 29, 2004 by being the first nation to outright prohibit indoor smoking in all public places. A year later, Bhutan became the first country to impose a total smoking ban.

Would a smoking ban really be effective?

There is an abundance of scientific evidence supporting the idea that smoking bans do work, especially in offices and educational institutions.

A 1999 survey involving a “nationally representative” sample of 97,882 indoor workers from the United States revealed that the establishment of completely smoke-free workplaces “reduced smoking prevalence by 6 percentage points.” Moreover, the average daily consumption of cigarettes among smokers went down by 14%. However, there was a noticeable decrease in impact in workplaces that had designated common areas for smoking. Overall, the researchers found that “smoke-free policies reduced smoking for all demographic groups and in nearly all industries,” and suggested that making all workplaces “smoke-free” would result in a 10% decrease in smoking prevalence.

2011 research published in the journal Preventive Medicine also showed that smoking bans in educational institutions work quite well in reducing smoking among students. Over the course of two years, the study authors compared the smoking attitudes and behaviors of students in two campuses: one that had a “campus-wide smoke-free air policy,” and one that didn’t. Their findings revealed that indeed, the smoking ban did affect students’ perceptions and actions about smoking, steering them toward a better understanding of the consequences of smoking and even dissuading them from adopting such a habit.

Prohibiting smoking inside the home also appears to yield positive results in terms of getting smokers to reduce their cigarette use or stop entirely, based on the findings of a 2013 paper from the University of California, San Diego School of Medicine that examined 1,718 smokers based in California. As study author Dr. Wael K. Al-Delaimy explained:

“When there’s a total smoking ban in the home, we found that smokers are more likely to reduce tobacco consumption and attempt to quit than when they’re allowed to smoke in some parts of the house.”

Al-Delaimy and his co-authors observed the same behavior from smokers who reported that their cities or towns banned smoking. They noted that total home bans were particularly effective in changing the smoking behaviors of women and people above the age of 65, while there was a significant association between city-wide smoking bans and reduced smoking among men.

In a 2016 review of 77 studies on smoking bans, researchers found “consistent evidence” that cases of heart disease and deaths caused by smoking-related diseases went down. In addition, there were far fewer hospital admissions for heart disease among populations that didn’t smoke cigarettes, as well as a decreased number of pregnant smokers (and thus, lower secondhand smoke exposure for their children). They also found that in five of six studies, smoking bans were associated with a decrease in patients admitted to hospitals for stroke. However, their review was inconclusive when it came to determining whether smoking bans truly did decrease the number of active smokers or the frequency in which they smoked.

Lastly, various studies conducted by U.K. researchers found that since the country imposed a ban on smoking in most public places, offices, and work vehicles in 2007, air pollution levels attributed to cigarette smoke greatly decreased in certain places (up to an impressive 93%), and there were far fewer patients admitted to hospitals because of heart attacks. Hospital admissions of children with asthma also went down by 18% in Scotland by 2010, successfully countering the trend of rising cases prior to the ban.

But would a stricter smoking ban be enough?

Duterte’s 2017 EO imposed heavy punishments and hefty fines on people who would dare to smoke in indoor and outdoor public places that aren’t designated smoking areas (including educational and recreational facilities, hospitals and clinics, and restaurants): A Php 10,000 fine and up to four months’ worth of jail time. According to reports, it didn’t take long for the ban to change smokers’ attitude on public smoking, with some news outlets noting a considerable decrease in smokers in public places six months after the order.

Still, in a country with about 16.5 million tobacco users (per 2015 numbers), a stricter ban on smoking likely won’t be enough to solve the tobacco problem.

In a 2017 interview, Lung Center of the Philippines Smoking Cessation director Dr. Glynna Ong-Cabrera shared some insights on how smokers can quit for good. In addition to identifying a clear reason to quit and setting a firm target date as their “quit day,” having a support network of people they can talk to in the event of a possible relapse also helps tremendously.

“I see smoking as the tip of the iceberg. There’s an underlying problem [as to why people smoke].”

While science does support the effectiveness of a smoking ban, it’s important to remember that more than anything else, cessation requires the smoker themself to want to quit in the first place, ban or no ban.

This story was produced as part of Cycle 5 of the “Nagbabagang Kuwento: Covering a Smoke-Free PH Media Fellowship” by Probe Media Foundation Inc. (PMFI) and Campaign for Tobacco-Free Kids (CTFK). The views and opinions expressed in this piece are not necessarily those of PMFI and CTFK.