Your e-cigarette can help you quit, but may also put your heart at risk 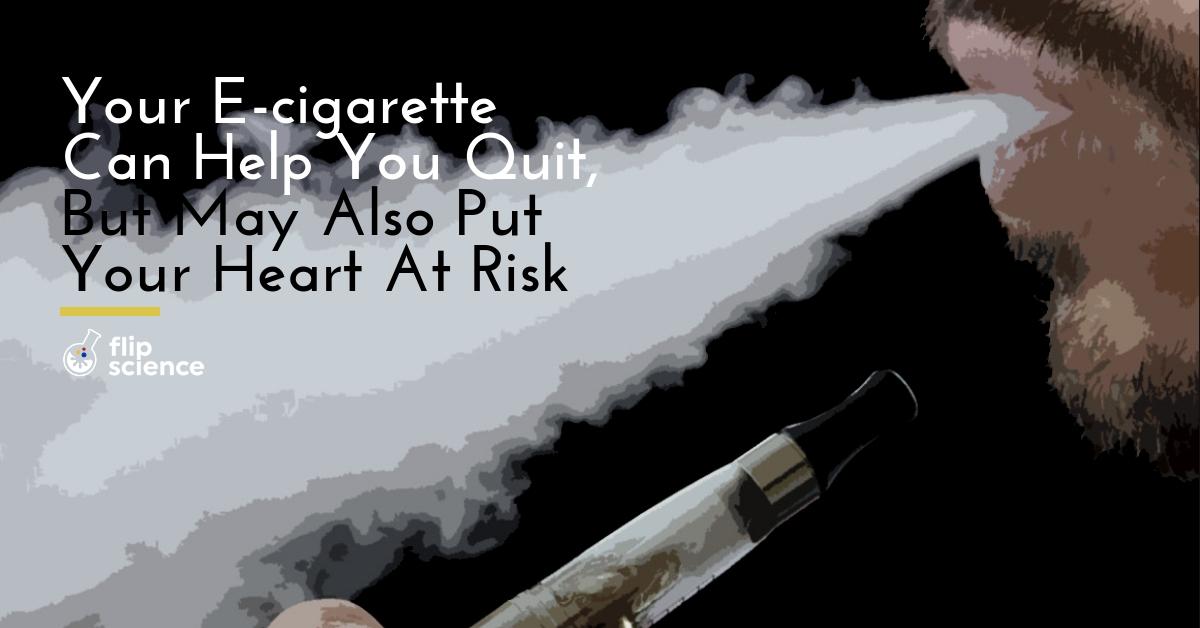 •A study of UK smokers revealed that e-cigarette use is more effective for kicking the habit than gum, patches, and other nicotine-replacement products.
•However, another study with 400,000 US respondents showed a disturbing link between e-cigarette use and a higher risk of stroke and heart attack.
•Experts also recommend treating e-cigarettes as an entirely different nicotine delivery system, especially for the purposes of research and policy-making.

The use of e-cigarettes for recreational purposes is increasingly gaining popularity, thanks to smokers who turn to vaping to help them kick their tobacco habit.

Based on statistics from the 2016 Asian Nations Adult Smoker E-cigarette Survey, 4 percent of Filipinos use e-cigarettes.

According to the same survey, seven out of 10 adult Filipino adult smokers see the habit as a positive alternative to smoking.

If recent findings are any indication, however, e-cigarettes are a double-edged sword, at best.

A newly published study in the New England Journal of Medicine states that, when supplemented with individual behavior counseling, e-cigarettes work better for quitters than nicotine patches, gum, and other similar products.

Lead author Peter Hajek described the study as the first to test and measure e-cigarette effectiveness with regard to helping smokers quit.

The researchers examined 900 smokers in the United Kingdom, randomly assigning each smoker to one of two groups.

The smokers in the first group were allowed to use traditional nicotine replacement products over the course of three months.

Meanwhile, the members of the other group received e-cigarette starter packs. The researchers allowed them to pick their preferred e-juice flavor and strength.

After four weeks of one-on-one therapy, the smokers underwent biochemical testing to verify that they had really stopped smoking.

The researchers found that the one-year abstinence rate was higher in the e-cigarette group (18 percent, or 79 people) than the traditional group (10 percent, or 44 people).

Additionally, the e-cigarette users came out of the experiment with lesser phlegm and cough production, as well as a lower desire to smoke.

Still, UK experts are already recommending the integration of e-cigarettes into anti-smoking efforts and campaigns.

The heart of the matter

However, a study in the United States revealed that e-cigarette use may be related to increased risk of cardiovascular diseases.

The researchers used data from the 2016 Behavioral Risk Factor Surveillance System collected across the 50 states. Out of over 400,000 respondents, 66,795 said that they used e-cigarettes at least once.

Compared to non-users, e-cigarette users were 71 percent more likely to suffer a stroke. Additionally, their risk of heart attack and heart disease were also considerably higher, at 59 percent and 40 percent, respectively.

They also found that e-cigarette users were twice as likely to smoke tobacco side-by-side than people who don’t use e-cigarettes.

But what about people who use e-cigarettes, but don’t smoke tobacco? According to their findings, the results don’t look very good, either.

However, due to the limitations of the study, the researchers did not look at any cause-and-effect relationship between e-cigarette use and increased cardiovascular risk.

Additionally, the researchers did not factor in the users’ preferred nicotine concentrations, preferred flavors, and frequency of use.

The study has yet to be published in a peer-reviewed scientific journal, but will be presented on February 6 at the American Stroke Association’s International Stroke Conference in Honolulu.

Experts had previously cautioned against treating e-cigarettes as equal to cigarettes. According to a paper published in 2018 in Nicotine & Tobacco Research, this could result not just in misguided research, but also problematic e-cigarette regulation.

The paper outlined key differences between e-cigarettes and traditional cigarettes, including nicotine content, availability, and target market. The authors concluded by emphasizing the need for “investigating e-cigarettes as a unique nicotine delivery system.”