The quarantine has improved Metro Manila’s air quality—but is it a reason to celebrate? 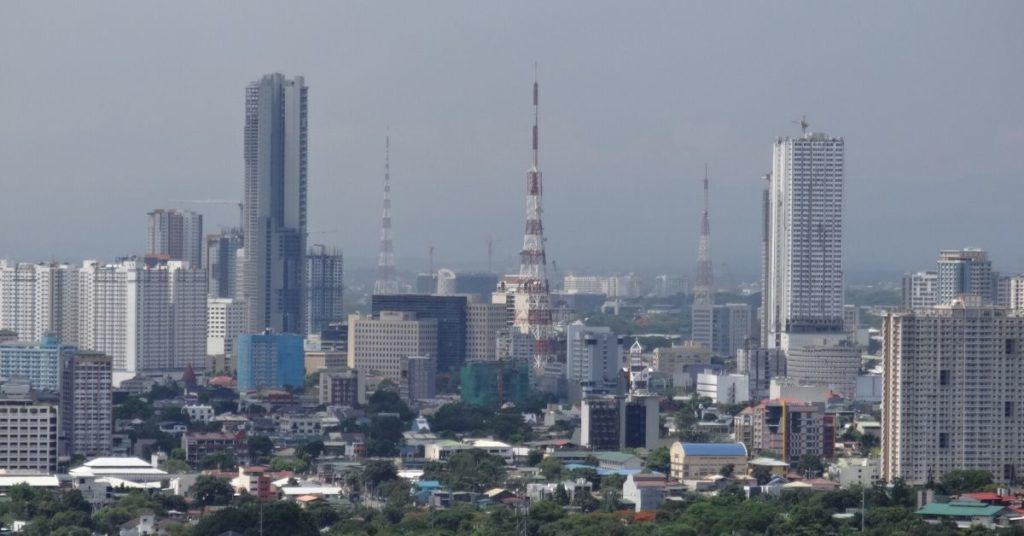 •Data from air monitoring stations in Quezon City revealed a massive decrease in air pollution since the implementation of the enhanced community quarantine (ECQ) in Metro Manila.
•The national directive to mitigate COVID-19 appears to have positively affected air quality in other Metro Manila cities as well, according to the Environmental Management Bureau.
•However, this only highlights the urgent need to support air pollution initiatives in the Philippines after the pandemic ends.

If you’re living in Metro Manila right now (and fortunate enough to have a roof over your head), you’ve probably spent the first half of the ongoing enhanced community quarantine (ECQ) indoors, only going out to buy food, medicine, and other necessities when you’re already running low. Try stepping out your door or past your gate: You’ll immediately notice how much of the outside world has changed as a result of national directives to fight the COVID-19 pandemic. Typically busy streets are now mostly empty, nearly all establishments are closed, and there are very few people walking around.

Oh, and the sky seems a bit clearer, perhaps even a smidge brighter—and no, you’re not just imagining things.

Some joy in Quezon City’s air, at least

Based on data from airtoday.ph, an air monitoring project initiated the Rotary Club of Makati, at least two monitoring stations in Quezon City registered a massive decrease in air pollution since the start of the ECQ last March 16.

The Lung Center of the Philippines (LCP) compound’s monitoring station recorded a major drop in levels of PM2.5 (airborne particulate matter less than 2.5 microns in diameter, which can damage the lungs and worsen existing respiratory conditions) from 9 PM to 4 AM, the window hours when atmospheric ventilation (the exchange or circulation of air) is low. Compared to pre-ECQ levels, these readings showed an improvement of as much as 80 to 180 percent.

Since the start of the ECQ, LCP and other government-operated hospitals in Quezon City (the Philippine Heart Center, East Avenue Medical Center, and the National Kidney and Transplant Institute) implemented a 500-meter quarantine radius to regulate public access and vehicle traffic to them. Additionally, since March 18, the area from East Avenue and BIR Road up to Elliptical Road has been closed.

In a statement from Dr. Mylene Cayetano, airtoday.ph’s Technical Adviser and Assistant College Secretary of the UP Diliman Institute of Environmental Science and Meteorology (UP-IESM),  vehicular emissions were identified as a major source of air pollution. This explains why hospital zones—where patients with COVID-19 and other illnesses are in dire need of clean air—were cordoned off.

Meanwhile, data obtained along EDSA Munoz indicated a similar trend. PM2.5 levels in the area improved by 70-90 percent since the ECQ. In the same statement, Cayetano noted that before the ECQ, PM2.5 levels during Thursday rush hour nights would reach unhealthy heights: 38 micrograms per normal cubic meter of air (µg/Nm3).

In a Facebook update posted on March 23, the Environmental Management Bureau of the Department of Environment and Natural Resources (DENR-EMB) shared promising data from their Air Quality Monitoring stations in Metro Manila.

LOOK: Close to a week of suspended work and activity, air quality of Metro Manila is improving! Data (as of 8:00 AM, 23…

The bureau’s monitoring systems measure levels of PM10 in different areas of Metro Manila. PM10 particles are smaller than 10 microns in diameter, and can cause coughing, wheezing, asthma attacks, and even bronchitis.

The World Health Organization (WHO) mandates that “safe” levels of PM10 must not exceed 20 µg/m3.

Behind these brighter skies

In an interview with FlipScience, Cayetano said that the impact of one week of lockdown on clean air in Quezon City surprised her.

According to Cayetano, prohibiting most of the vehicles made it “doable” to have cleaner air, even in a populous city. In addition, she shared that the team had been using automation to monitor Metro Manila since 2015. “As long as the machine is running, we have access to the data.”

Cayetano recommends that other cities monitor their outdoor air quality as well. However, she also believes that doing so during the ECQ is likely neither safe nor realistic.

“Our priority is to avoid the virus transmission, so I doubt that there will be people allowed to install monitoring devices,” said Cayetano. “The cities also need to prioritize the basic needs of their residents who lost their jobs and way of daily living due to the ECQ.”

Some may see this as a cause for jubilation, or even a small source of consolation in these challenging times. It’s unlikely to be permanent, though—and more importantly, it reveals a massive problem in our attitude towards air pollution.

Cayetano observed that based on the data, “we can expect normalcy in air pollution levels” after the quarantine ends. She also bemoaned how clean air has become a luxury. Under ordinary circumstances, someone would have to leave the city just to breathe clean air.

“It took us a total lockdown and numerous frontliner and COVID-19 mortalities to attain this,” she lamented. “Not to mention the trillions lost in the stock market and the jobs our kababayans lost. LGU funds have been depleted to feed the people.

At what cost clean air?

It’s equally important to think about protecting hospital zones, emphasized Cayetano, which are typically located along major thoroughfares. “I am for declaring hospital zones as green or low-emission zones, for the benefit of sick people in those areas.”

Even ordinary citizens can take small steps that can result in significant air quality improvements, such as avoiding open burning or not smoking in public places. Vehicle owners should avoid unnecessary idling, and should conduct regular preventive maintenance of their vehicles. Meanwhile, commuters should only get off at designated loading and unloading bays. Lastly, each of us should educate ourselves on the science of air pollution, support clean air initiatives, and encourage our friends and loved ones to do the same.

“It is time to put the issue and solutions to the air pollution problem in the higher agenda,” affirms Cayetano.

The cleaner air of quarantined Metro Manila shouldn’t be treated as just a bright spot in these dark days. Instead, we should think about exactly what these clear skies cost us.