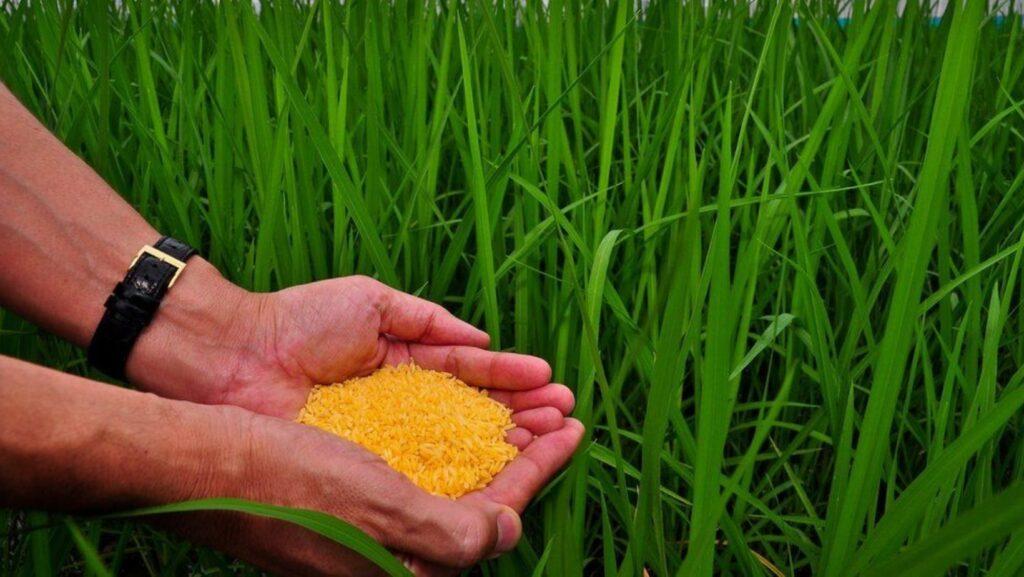 Up to this day, widespread hunger remains a persistent challenge to our species. And it’s nothing new: For various reasons, it’s a recurring episode throughout human history.

Unsurprisingly, we never stopped looking for solutions. One notable example happened in the 1960s, when scientists of different nationalities banded together to address this massive problem. Hence, the Green Revolution was born.

Unknown to many Filipinos today, our country served as literally fertile ground for this massive technological breakthrough that would eventually sweep across Asia. But if that’s the case, then what happened? Why is food sustainability still a problem in the Philippines?

In 1960, the Rockefeller and Ford Foundations established several agricultural research centers worldwide. One of these was the International Rice Research Institute (IRRI) in Los Baños, Laguna.

At that time, developing countries were recovering from two world wars that ravaged their populations. And when wars end, exploding populations typically follow. Unlike their rich neighbors, these nations were already struggling to feed their citizens — and an exponential increase in mouths to feed only worsens the problem.

To overcome this sustainability obstacle, the research centers studied modern techniques in agriculture, such as novel plant varieties, fertilizers, seeds, and irrigations. Their goal: To increase food production in poor countries. In Asia, the prime research focus was on rice, the region’s staple food.

Just six years after its establishment, IRRI developed the rice variety IR8, the first of its high-yielding rice varieties.

After crossbreeding two rice varieties from Taiwan and Indonesia, they came up with a semidwarf variety. This trait prevented the rice hybrid from growing taller, redirecting much of the nutrients to grain production. Additionally, countries across the globe could grow it at any season.

And it wasn’t difficult for farmers to switch gears, too.

Many rice farmers willingly embraced the “miracle rice.” Prior to its arrival, the usual rice harvest was only one and a half tons per hectare. With miracle rice, the harvest grew by at least five times more. And as farmers increasingly applied Green Revolution fertilizers, they had the potential to reach up to ten tons per hectare.

This innovation earned IR8 other international titles, such as “the rice of the gods” and Milagro Filipino (Philippine Miracle).

At the time, some had high hopes that the Philippines could attain food sufficiency. Fast forward to the present, though, and the country’s situation is a bit of a head-scratcher. Why are we still importing rice if we’re now using high-yielding rice varieties?

“We are destined to be a rice-importing country,” Dr. Briones answered.

Dr. Briones cited two reasons: geography and population growth. “If we have a Green Revolution here, there’s [also] a Green Revolution in Vietnam, India, and Thailand. The technological change – the principle of the semi-dwarf variety – can be adopted anywhere. And so, babalik ‘yung inherent geographic [limitations].”

In contrast to our rice-exporting neighbors, though, we have fewer land areas suitable for rice farming. Moreover, our population continues to grow beyond a hundred million today – all in need of living space. This makes land an increasingly scarce resource. Unfortunately, it also affects our rice production.

To be fair, though, the Philippines exported rice at some point, thanks to the miracle rice. However, Dr. Briones explained that when we analyze the data, we’ll find out that these were just exceptions rather than the norm.

“If you cherry-picked the years, the late 70s, [then] yes, [the] Philippines momentarily exported and became self-sufficient. But if you look at the past century-long history of the trade of [the] Philippines, rice has been a prominent fixture in terms of importation,” he explained.

“The Philippines has perennially been a rice-importing country.”

Here, he stressed the importance of long-term planning through research and development (R&D).

Rice is just one facet of Philippine agriculture, and an improved R&D will expand our crop varieties and livestock breeds, giving us better chances of reaching food sufficiency and competing with foreign agricultural products.

Dr. Briones also emphasized the much-needed structural reforms to sustain the legacy of the Green Revolution.

Undoing these restrictions would transform agriculture into a lucrative sector for the youth once more.

“If I’m a young person who’s interested in agriculture, where [do I find the land]? How do I buy the land? Who’s willing to sell to me at a fairly affordable rate? [This information] is not available to me. Maybe they don’t exist. So, let’s document whether they really exist. Let’s try to identify what land resources are available, delineate [them], and make clear rules and regulations,” he said.

Unfortunately, policy reform is the arena where science meets politics.

“You need a research program or a development program that has a very long-term perspective. We don’t have that, [and] that’s the big problem,” said Dr. Briones.

Based on his observation, the country’s policymaking process lacks continuity. Elected lawmakers are contented with short-term initiatives. And come election time, new leaders will prioritize new policies, or worse, overturn the previous ones.

“No congressman [who] wants instant accolade for their marvelous development bill would [wait] to [say], ‘Oh, after 10 years, I started the breeding program.’ Nobody. We should be willing to wait. Let’s not expect in three years to have a marvelous breakthrough that will solve all our problems,” he said.

Hence, farmer groups should “aggressively advocate for better R&D.” However, the same “myopic” outlook is present. Dr. Briones used the latest decision of the government to allow pork importation as an example.

“[In the case of the swine industry,] instead of asking, “How can we rebuild efficiently our swine industry?”, the lobbyists [are asking], ‘How do we keep out imported swine? How can we get more subsidies from the government and pay for transport costs to go from Mindanao or Visayas to Metro Manila?’”

Furthermore, staunch opponents of biotechnology R&D remain active today. For instance, certain groups vigorously advocate against the production and consumption of genetically modified crops, as in the case of Golden Rice and BT eggplant.

An assortment of problems continue to plague our agricultural sector today. With all the talk about the Green Revolution, was it nothing more than a massive failure?

Dr. Briones’ answer is a resounding no. Despite the limitations of the Green Revolution, it did provide immediate relief to hungry nations.

“The price of rice is half what it used to be before the Green Revolution. In the 1980s, 50% of the population in Asia was hungry. Now, it is 12%,” said Dr. Gurdev Singh Khush, one of the scientists who developed the miracle rice.

Such a question also mistakenly assumes that the Green Revolution is a one-size-fits-all answer to poverty. In reality, though, lasting development requires a chain of sound policies.

“Banking on one solution to poverty reduction is a huge mistake. In every country where poverty reduction has happened, it’s usually been a mix of contributors. There’s a role for the rest of the economy to play,” he said.

“We need all facets of modernization, not just in agriculture – although that is absolutely necessary – but that together with the rest of the economy modernizing, understanding the opportunities and threats in agriculture, and bringing to bear all of its various instruments on sophisticated contracts, securities, and insurance to the agricultural sector.”

Today, our quest for food sufficiency continues. In the face of climate catastrophe and population growth, scientists around the world are tirelessly experimenting with “supercrops” that can withstand environmental extremes. Until then, we’ll have to continue working to put these reforms in place.—MF