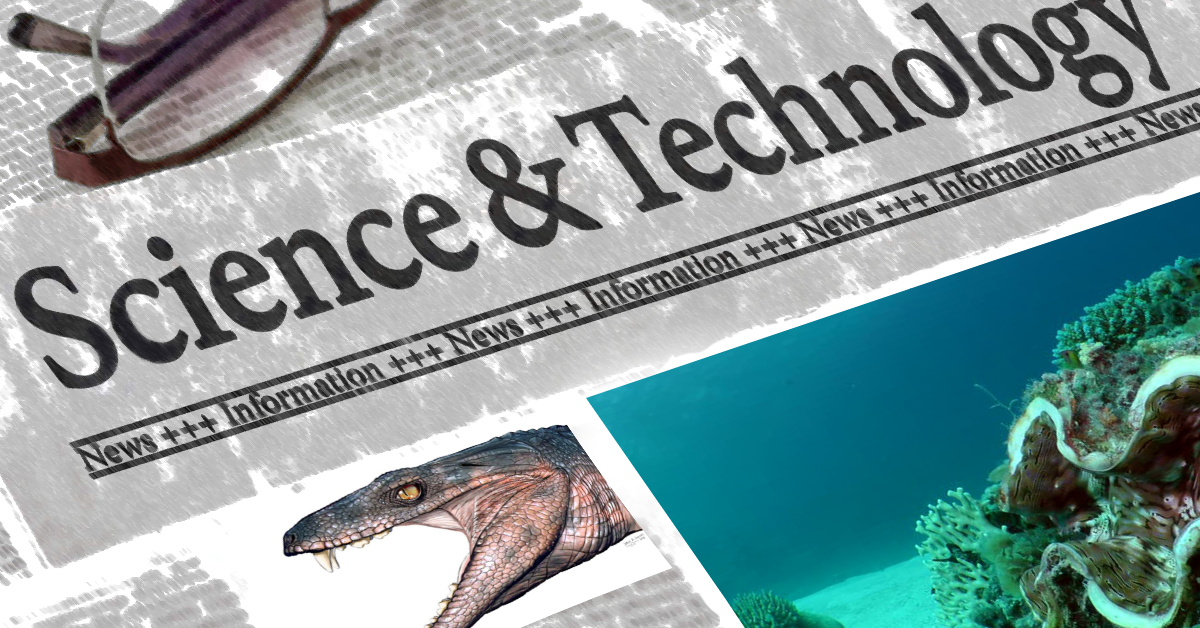 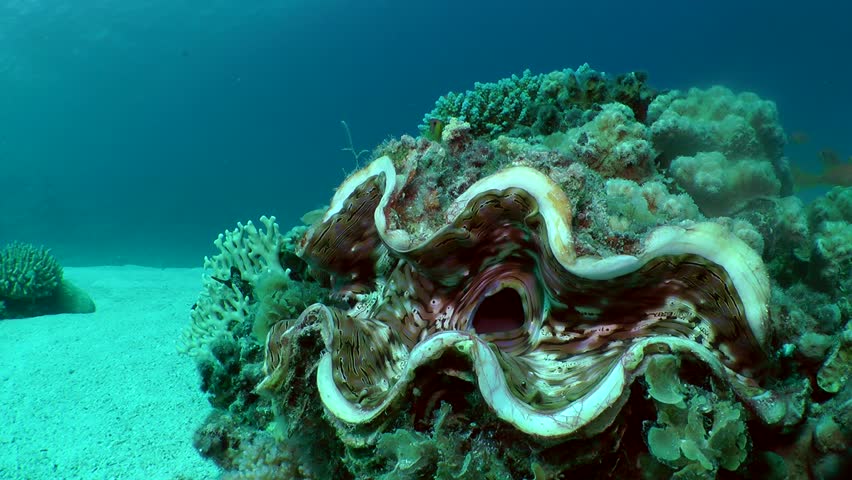 With a survival rate so low (0.1 percent) that it was even declared extinct in the Philippines during the 1980s, the Palawan native giant clam Tridacna gigas is now the focus of an intensive in situ (“on site”) spawning project by the Malampaya Foundation Inc. and its partners.

Supervised by the University of the Philippines Marine Science Institute (UPMSI), the spawning activity, which involved the fertilization of 9.5 million eggs from Puerto Princesa, began in early June at the Western Philippines University (WPU) Hatchery in Biduyan, Puerto Princesa City. Once they have sufficiently matured, the T. gigas clams will be transported to the marine protected areas located north of Palawan. 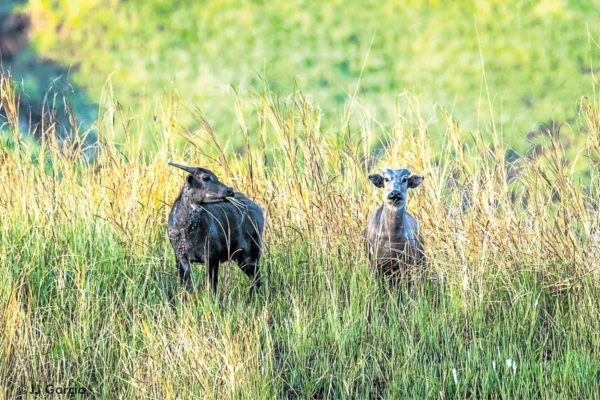 Last seen at the Mt. Calavite Wildlife Sanctuary (MCWS) in Occidental Mindoro in 1992, the tamaraw (Bubalus mindorensis) recently reappeared in the area, much to the delight of conservationists.

According to Kathy Lene Cielo, program manager of the Conservation Awareness Raising and Education (Care) of the Mindoro Biodiversity Conservation Foundation Inc. (MBCFI), evidence exists that there may be four to six tamaraws in the sanctuary, based on animal tracks, dung, and apparent grazing behavior. The findings were noted during the recent Tamaraw Expedition led by the Department of Environment and Natural Resources (DENR) Tamaraw Conservation Program, MCWS Protected Area Office, DENR Occidental Mindoro, MBCFI and D’Aboville Foundation.

PHIVOLCS: 60 barangays in Davao City in danger of earthquakes

The Department of Science and Technology-Philippine Institute of Volcanology and Seismology (PHIVOLCS-DOST) listed a total of 60 barangays in Davao City that transect in the Central Davao Fault System, which is comprised of five segments.

The second Ground Receiving Station (GRS) in the Philippines — the country’s largest satellite-tracking antenna to date — was launched in Davao City last June 30, three years after the establishment of the Philippine Earth Data Resource and Observation (PEDRO) Center at the DOST-Advanced Science and Technology Institute (DOST-ASTI) in Quezon City.

Davao’s GRS (D-GRS) was installed at the Civil Aviation Authority Philippines (CAAP) Transmitter Facility, in cooperation with DOST Region XI, CAAP, and the Department of Information and Communications Technology (DICT).  Designed to have the same functions as PEDRO, the D-GRS will receive, process, and distribute data from Earth Observation satellites such as Diwata-1 and Diwata-2.

We held a soft launch for the Davao ground receiving station today! 😃

Present in the event was DOST officials headed by…

Posted by DOST-Advanced Science and Technology Institute on Saturday, June 29, 2019

The National Oceanic and Atmospheric Administration (NOAA) published a report Monday detailing how many gallons of oil have been spilling a day since powerful waves from 2004’s Hurricane Ivan caused an off-shore oil platform in the Gulf of Mexico to fall into the ocean, spewing oil onto the ocean floor. Developer Taylor Energy Company, which shut down in 2008, has maintained that the incident has resulted in 3 to 5 gallons leaking a day since the disaster, according to E&E News. This new government study, however, shows that the leakage could be as high as 4,578 gallons a day.

That’s more than 25 million gallons of oil over these 15 years.

Some dinosaur-era crocodile cousins may have been plant-eaters 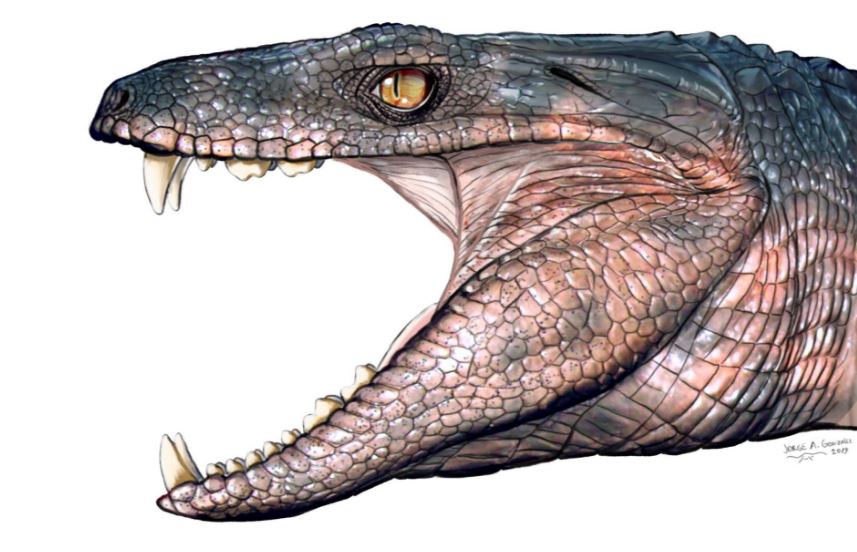 The extinct crocodilian Pakasuchus, seen here in an illustration, was an herbivore, according to analysis of its fossilized teeth. (Image: Jorge Gonzales)

Researchers analyzed 146 fossilized teeth from 16 extinct crocodile relatives, and discovered that some of them may have actually become vegetarians.

The study, published in the journal Current Biology, revealed that some of these prehistoric species’ teeth had up to 20 separate surfaces. Normally, carnivores have simple teeth with very few separate surfaces, making them more efficient for hunting prey and slicing up their meat. Meanwhile, herbivores tend to have teeth with more space and varied surface areas, allowing them to break down rough plant parts for easier digestion.

According to the researchers, this was a “successful dietary strategy” that enabled them to get their nutrition from otherwise hard-to-consume plants. 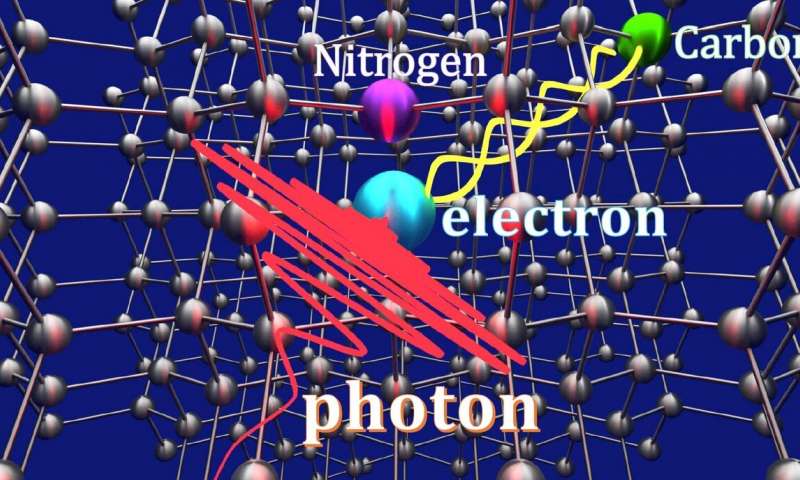 Researchers from the Yokohama National University have teleported quantum information securely within the confines of a diamond. The study has big implications for quantum information technology—the future of sharing and storing sensitive information. The researchers published their results on June 28, 2019, in Communications Physics.

The inaccessible space, in this case, consisted of carbon atoms in diamond. Made of linked, yet individually contained, carbon atoms, a diamond holds the perfect conditions for quantum teleportation.