4 Philippine marine animals that can kill you in one hit 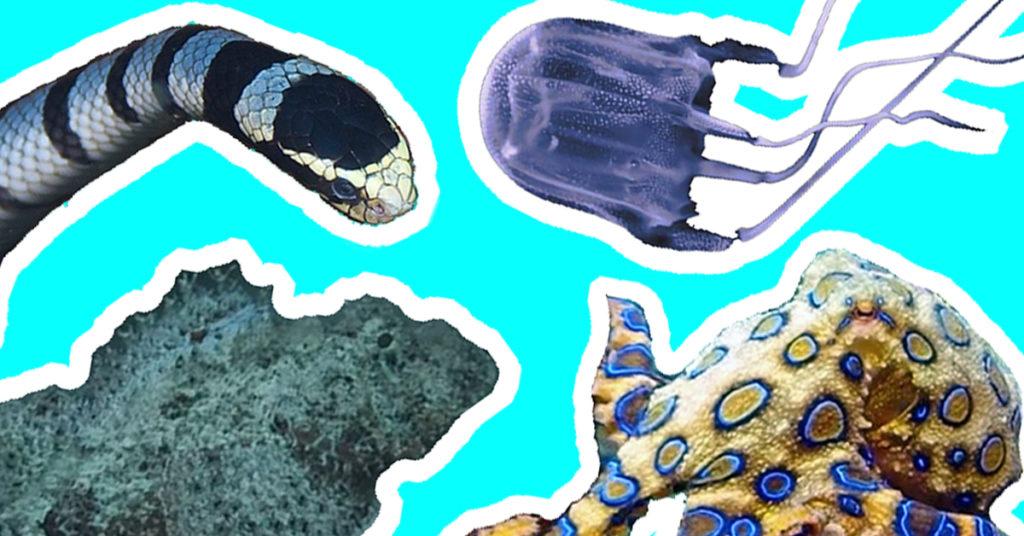 Droves of marine researchers and travel-ready thalassophiles are drawn to the Philippines every year, and with good reason. The vast waters of the archipelago contain countless natural riches, rife for exploration and sightseeing. Unsurprisingly, they also serve as a haven for many species that, quite frankly, just want to be left alone.

Here are four examples of such creatures—and why it would be in our best interests to just steer clear of them. 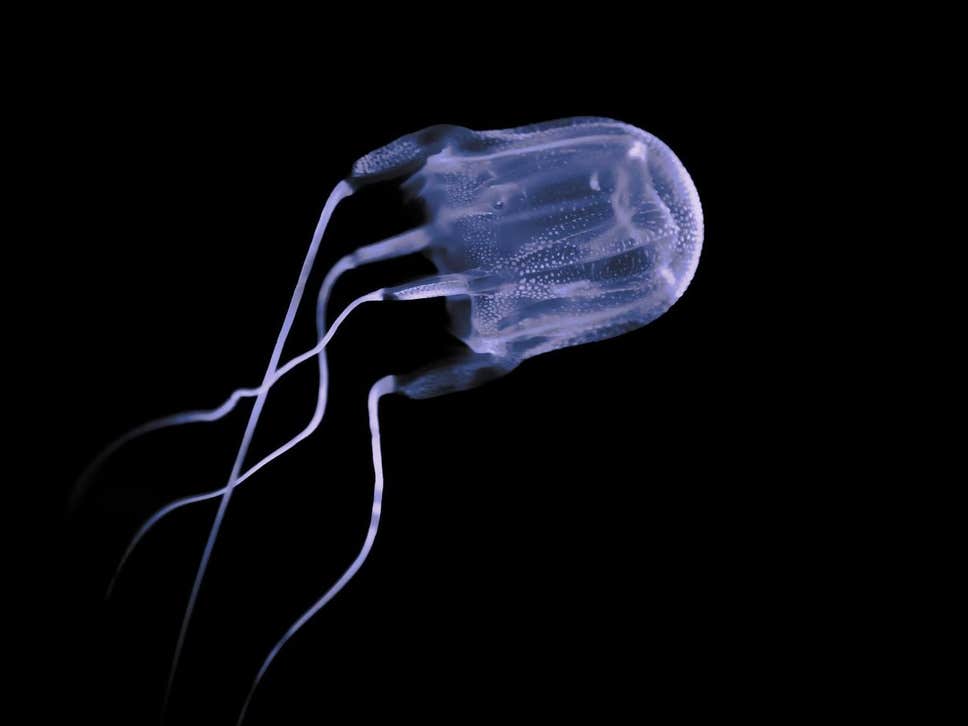 Jellyfish (or to be more precise, sea jellies) are a pretty common sight in Philippine waters. Hence, there are numerous reports of swimmers getting stung by these (literally) brainless bags of water. Sadly, not every jellyfish encounter ends in recovery.

Out of the over 4,000 identified species of jellyfish, the 50 or so species of box jellyfish (class Cubozoa) have gained quite a fearsome reputation. Locally known as “quatro cantos” because of their shape, these floppy floaters have up to fifteen 3-meter-long tentacles, each full of specialized cells called nematocysts. These cells can quickly shoot tiny poisonous harpoons—and if they hit you on your face or in your chest, they can absolutely kill you.

Box jellyfish fatalities typically result from almost immediate cardiac arrest. In some cases, though, victims suffer from prolonged agony. Irukandji syndrome is a condition that results in days of terrible pain, inflammation, and nausea, ending in brain hemorrhage and death.

According to marine biology expert Dr. Al Licuanan, the first recorded box jellyfish deaths were from Sual, Pangasinan. Swimmers should be especially wary of beaches connected to freshwater streams or creeks, as well as those near mangroves and seagrass beds. Oh, and in case you get stung, use a weak acid like vinegar to neutralize the stinging cells, then wash it off with salt water.  (No need to ask your friend to piss on you.) 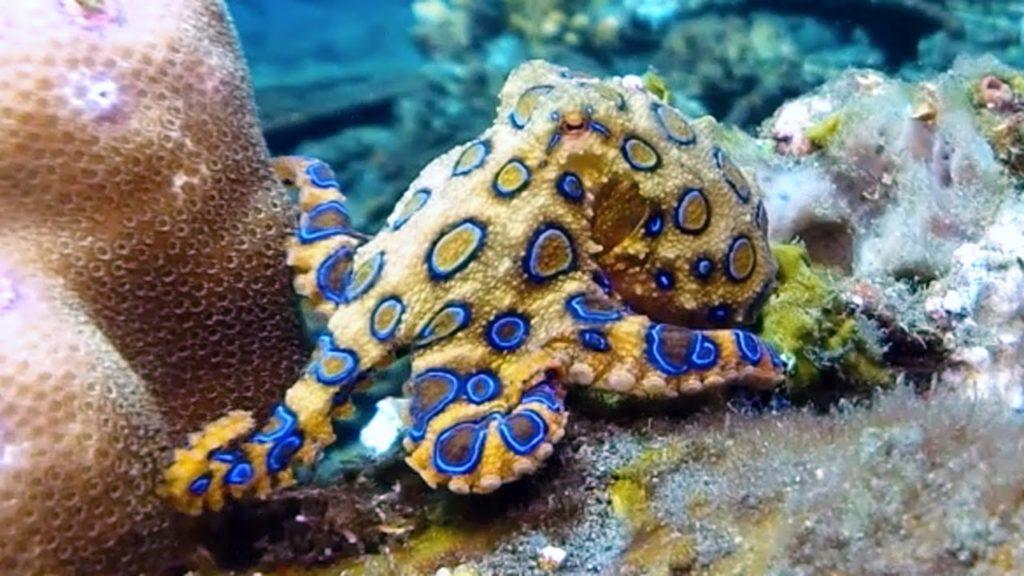 Growing up to 10 cm in size, the greater blue-ringed octopus (Hapalochlaena lunulata) is the smallest of the four species under the Hapalochlaena genus. It lives on the sandy bottoms and coral reefs of Samal Island, Palawan, and other diving spots in the Philippines. Its bright, vibrant skin may make you pick it up and admire it. Unfortunately, that’s a terrible idea—and by the time you realize it, it’ll probably be too late.

The bite of this tiny creature is typically painless, but don’t let that fool you. These colorful cephalopods produce tetrodotoxin, a neurotoxin that’s 1,000 times stronger than cyanide. In fact, it has enough venom in its tiny frame to kill 26 adult humans. Victims experience numbness almost immediately, followed by partial or total blindness, nausea, paralysis, and respiratory arrest. There is currently no antidote for its venom; the only way to survive is through immediate CPR. 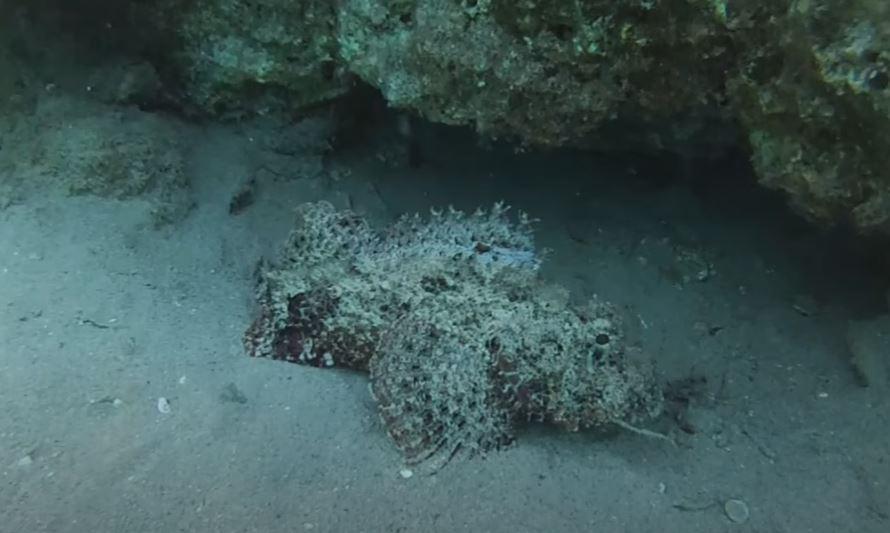 This fish, which can grow up to 40 cm in length, earned its fearsome reputation because of its 13 needle-like dorsal spines. When it is disturbed or threatened, its spines stick up, secreting powerful neurotoxins from its glands. A large dose, even just one, is enough to kill an adult human. Fortunately, there’s an antivenom for this. Nevertheless, many people still fall prey to this fish’s toxic spines.

In addition, the reef stonefish is an expert at camouflage, as its color and texture allow it to blend in well with underwater rocks. If you’re swimming in Batangas, Palawan, and Sorsogon, take extra care not to step on one! Hot (not scalding) water may relieve the pain of getting stung, but you’d still need to seek medical attention ASAP. 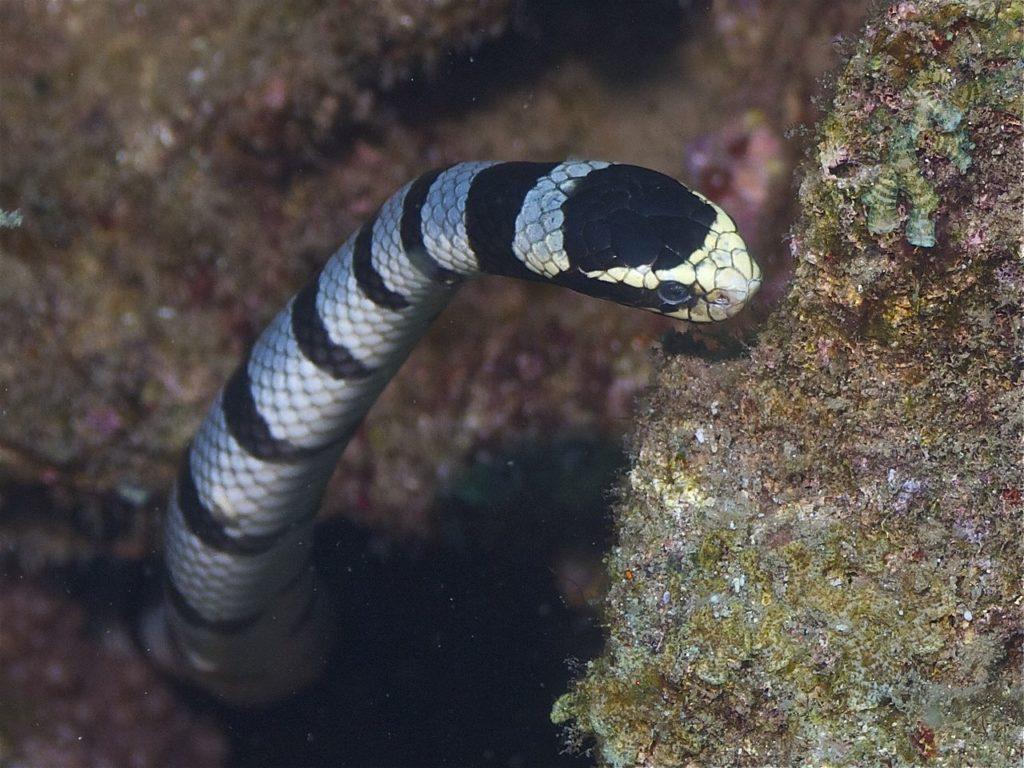 Found in tourist destinations such as Dumaguete, Palawan, and Batangas, the yellow-lipped sea krait grows up to 5 ft long. It’s a snake that has learned to survive in the ocean; it dives for about an hour to find food on reefs and shallow bottoms, after which it returns to the shore.

This sea snake possesses venom 10 times more powerful than a rattlesnake’s. It produces between 10 and 15 mg of venom, and a single bite can kill you. Victims reportedly suffer from convulsions, paralysis, and cardiac failure.

Fortunately, sea kraits are generally docile creatures, biting only when they feel threatened. Nearly all victims are fishermen who accidentally caught sea kraits in their nets (and made the mistake of lifting them out with their bare hands).