Published on October 2, 2017 by Tomas Pedrosa 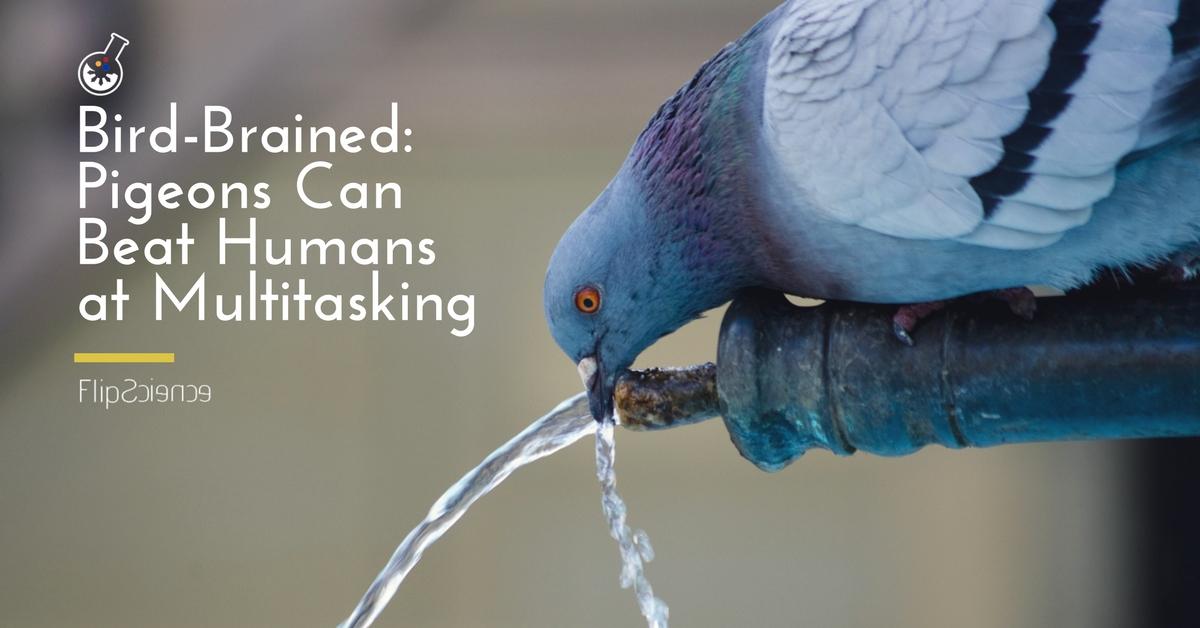 Based on findings from a study recently published in Current Biology, pigeons are effective at switching from task to task, similar to how human beings multitask. In fact, they could be even better than us at it.

Compared to the human cortex, the pallium of birds such as pigeons is devoid of layers. However, their neurons are more densely packed than humans’. In fact, for every nerve cell found in one cubic millimeter of a human’s brain, you’ll find six in a pigeon’s. This also makes the average distance between two pigeon neurons 50% shorter compared to human neurons.

Since the speed of nerve cell signal transmissions does not differ between mammals and birds, the scientists decided to test a theory: Are birds quicker at processing tasks than humans?

The researchers conducted a series of tests on 15 humans and 12 pigeons of the Columbia livia variety. The experiment involved performing tasks in sequence, indicated by a signal to stop working on one task and move on to the next one. The switch from one task to another happened either as soon as the first task stopped or after a delay of 300 milliseconds. The first case — immediate switching — showed no difference in the delay between tasks observed in both pigeons and humans.

However, the test pigeons were 250 milliseconds quicker than humans when it came to switching between tasks after a short delay. When switching between tasks, the brain’s processes are akin to a ping-pong game, wherein nerve cell groups must send signals back and forth. The researchers believe that the pigeons’ greater nerve cell density gives them an advantage in this area over humans.

“Researchers in the field of cognitive neuroscience have been wondering for a long time how it was possible that some birds, such as crows or parrots, are smart enough to rival chimpanzees in terms of cognitive abilities, despite their small brains and their lack of a cortex,” shares Dr Letzner.

As it turns out, “birdbrain” might not be such an insulting moniker, after all. So the next time someone calls you that, don’t let it ruffle your feathers too much. –MF