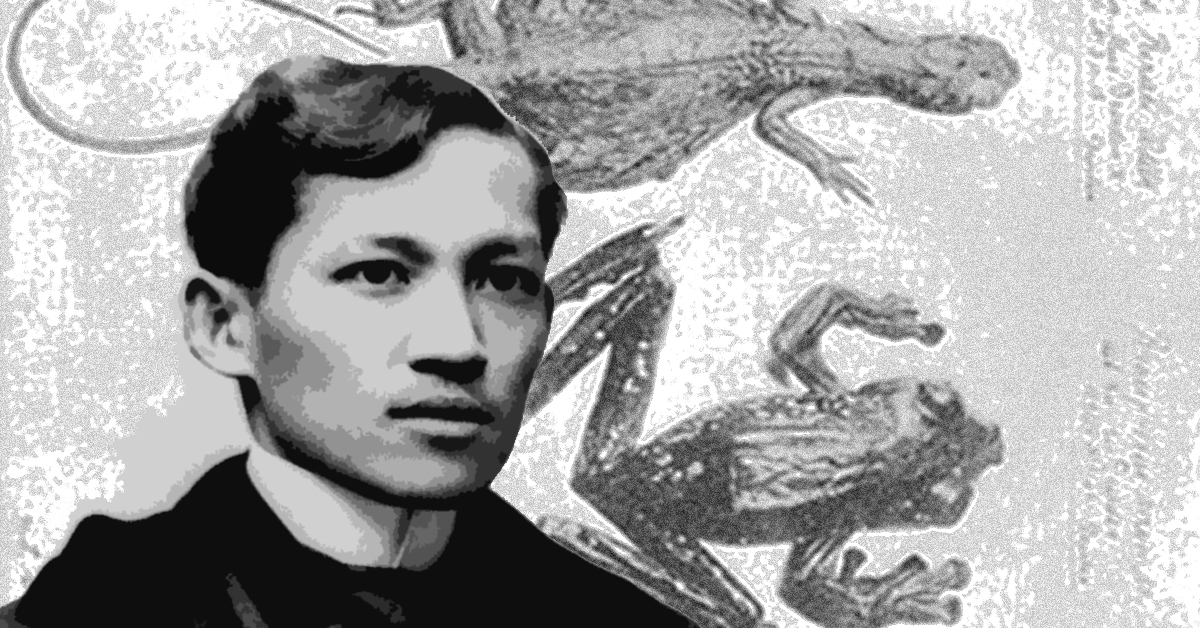 Unsurprisingly — and unfortunately — his numerous accomplishments in various fields tend to eclipse his valuable contributions to science. (Students nowadays may even be more familiar with the names of his girlfriends than the names of his scientific discoveries!)

Thus, in celebration of our national hero’s scientific achievements, FlipScience trains the spotlight on Rizal, the naturalist.

While in political exile in Dapitan, a remote area in the Zamboanga peninsula, Rizal kept himself busy. From 1892 to 1896, he went into agriculture, fishing, and business, put up a hospital, and even taught several pupils the arts and sciences, as well as English and Spanish.

It was in Dapitan where he studied nature extensively, researching and collecting specimens of plants, shells, insects, birds, amphibians, and reptiles. Fully engaging his students in the sciences, Rizal collected these specimens with their help. In the process, he gathered up to 340 shells representing more than 200 species. This collection is recognized as the richest private collection of Philippine conchology of its time.

He sent the various specimens they collected to the Ethnographic Museum in Dresden, Germany for proper identification. In exchange for the specimens he submitted, Rizal received books and medical instruments, as well as further advice on how to properly preserve his specimens.

European scientists eventually verified a few of the rare animal species Rizal sent, and named them in his honor.

Said to be found only in the dense forests of the Philippines, Draco rizali feeds on ants and termites, and can grow to a length of eight inches. This peculiar lizard has extended wing-like ribs that enable it to glide across distances of up to nine meters. 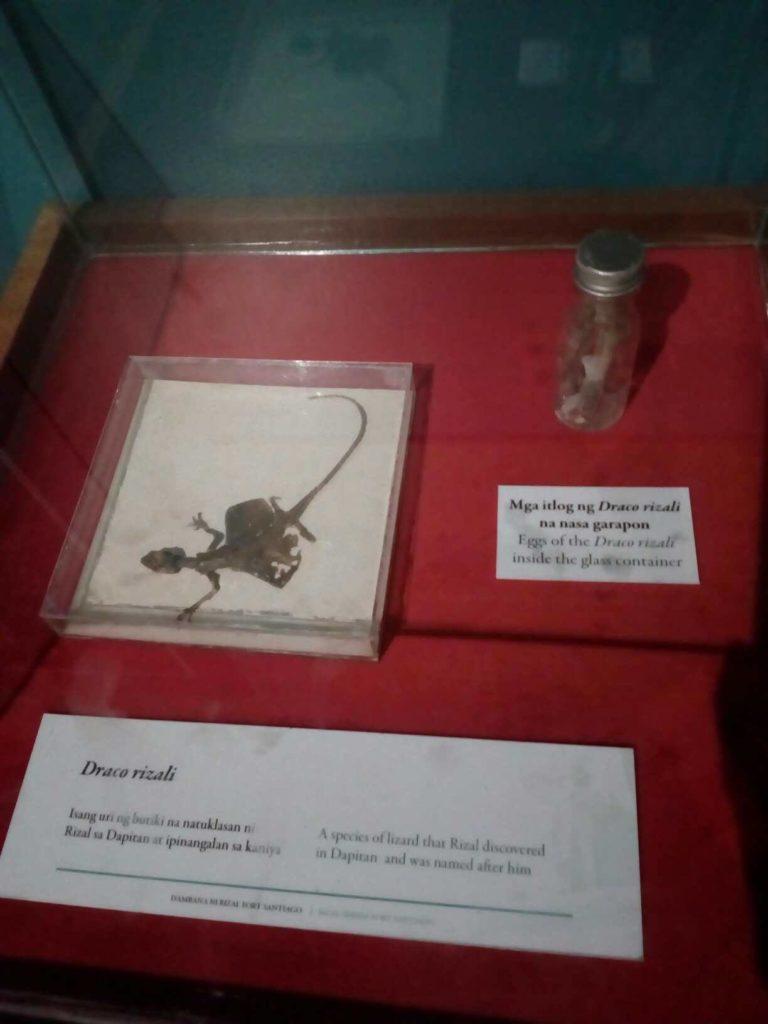 While this lizard is typically mud-colored, the skin under the wings is blue for males and yellow for females. These days, however, it is more frequently called Günther’s flying lizard, or Draco guentheri.

TODAY’S SCIENCE TRIVIA: When Dr. Jose Rizal was in political exile in Dapitan, he spent a considerable amount of time…

Posted by FlipScience on Sunday, December 29, 2019

Also known as Rhacophorus pardalis (and by its modern name, the harlequin tree frog), this is an orange-brown amphibian with white, yellow or blue spots. 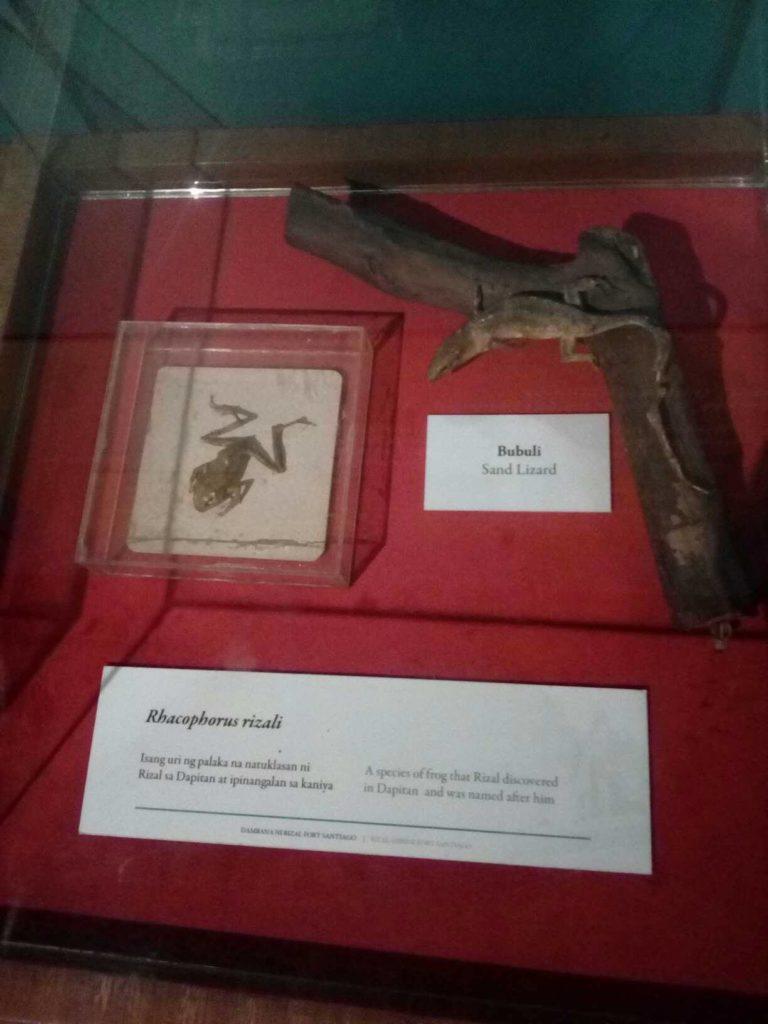 This frog lives in the forests and freshwater marshes of the Philippines, Brunei, Indonesia, Malaysia, and Thailand. Sadly, the loss of its natural habitat now threatens its existence.

/Apogonia rizali/ Heller, 1897. [syntype no. 2]
Named after national hero Jose #Rizal while exiled in #Dapitan during the Spanish era in the #Philippines. He was in correnspondence with German naturalists Dr. A. Meyer & Dr. K. M. Heller.
📷: O. Jaeger pic.twitter.com/WI5eirguZF

This rare kind of beetle grows to about an inch long when fully mature. This is the only species Rizal discovered whose name has been retained and is still widely used. 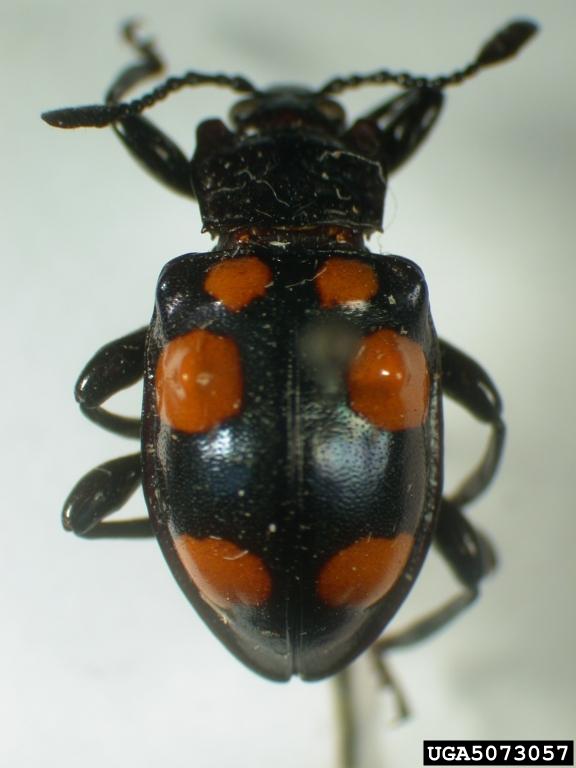 The National Historical Commission of the Philippines (NHCP) mentions a fourth species bearing Rizal’s name. Spathomeles rizali,  a type of fungus beetle, was reportedly one of the many specimens Rizal sent to Germany for identification. It’s also known as the “handsome fungus beetle.”

Meanwhile, the official database of Harvard University’s Museum of Comparative Zoology has an entry on Hydropsyche rizali. Based on its taxonomy, H. rizali is a type of caddisfly, an insect that starts life as aquatic and becomes terrestrial upon maturity.

Unfortunately, since many of the specimens Rizal sent did not make it to the scientific catalogues of that era, little information exists about this species. –MF