Why is the water hyacinth a notorious aquatic pest? 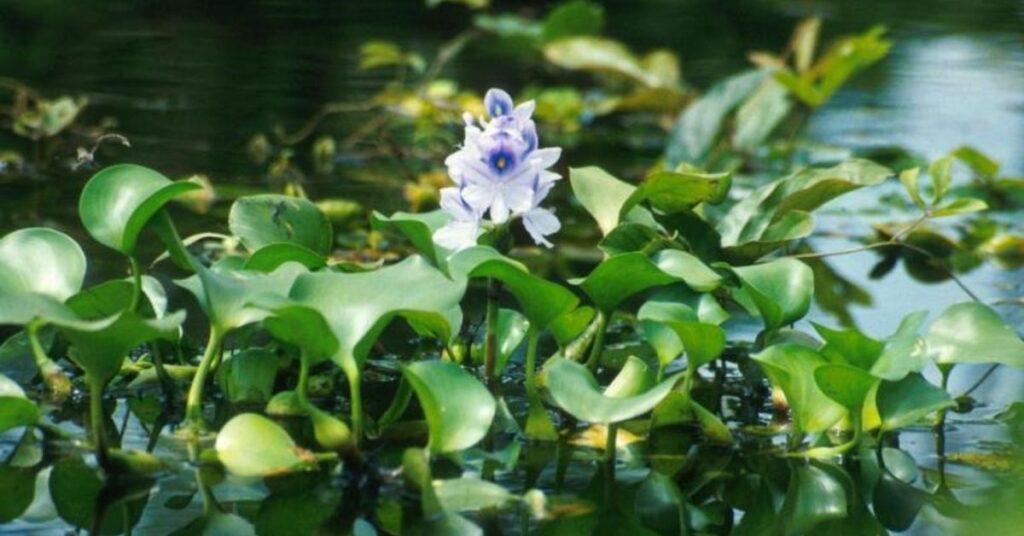 In 1901, a strange aquatic plant was brought into Thailand from Indonesia by Thai royalty, captivated by its peculiar beauty. Locally known as phak tob java, its lavender flowers and rounded leaves made it a decorative fixture in many palaces and mansions. Things likely would have remained that way, had a flood not caused some of it to flow into a nearby canal. Soon enough, it went from ornamental favorite to national headache—a potentially massive economic and ecological danger that resulted in Thailand’s military manually removing entire carpet-like clusters of it every year. This perennial pest is known across the world as the common water hyacinth (Eichhornia crassipes), often referred to as the world’s worst invasive plant species.

Originating from the Amazon basin in South America, the water hyacinth has become a persistent nuisance in many bodies of water worldwide. Varying in height from a few inches to about a meter (3.28 ft), this floating plant is among the 100 species on the IUCN Invasive Species Specialist Group’s “World’s Worst” invaders list, and with good reason.

Capable of growing in all types of freshwater, a single plant can produce 3,000 more plants in just 50 days, and can cover 600 sqm (0.15 acres) in one year. Its seeds can be viable for up to two decades, and the plant can easily spread because of the wind or passing boats. The plant grows aggressively, forming thick mats of spongy, inflated stalks and dark, feathery roots. A mat can grow twice as large in just 6 to 18 days, and an acre-sized (4046.86 sqm) cluster can weigh up to 200 tons—nearly twice as heavy as a blue whale.

If allowed to proliferate, water hyacinths can cause total ecological devastation. Mats of this plant can greatly reduce the water’s oxygen level, killing the area’s aquatic biodiversity. It prevents aquatic plants from getting sunlight, and can even push them away or destroy them as it reproduces. It also tends to clog waterways, preventing boat travel, fishing, and other water activities. Water hyacinths aren’t completely useless, though: They can be used as livestock feed, materials for handicrafts, or even as filters for water impurities. However, it’s very hard to argue that the benefits could even come close to making up for the ecological damage this species causes.

Historical accounts say that the water hyacinth arrived in the Philippines in 1912. With the arrival of the annual rainy season, the plant spreads across the Pasig River, carried all the way from Laguna de Bay (Laguna Lake) because of the latter’s rising water level. Local officials tell the public each year that there’s nothing to fear from the seasonal water hyacinth outbreak. Still, with the well-documented negative effects of this invasive pest, it’s worth remembering that an ounce of prevention is worth a pound—or 200 tons—of cure.