Far from home: The problem of invasive species in Southeast Asia

•Next to habitat destruction, invasive species are the biggest causes of worldwide biodiversity loss.
•The Philippines is the 36th most invaded country in the world, and has the most invasive species in Southeast Asia.
•International cooperation and intensive information campaigns are critical in addressing this silent but serious issue.

As a Filipino, among the first things I learned in kindergarten were the Philippines’ national symbols. Our classroom’s walls were adorned with posters of war heroes, tourist attractions, and colorful flora and fauna. One stood out to me in particular: It featured a small, brown bird with a white belly, exactly like the ones that were always outside my bedroom window. “National Bird: Maya,” the poster said helpfully.

Years later, via presidential decree, the monkey-eating eagle officially dethroned the maya as the national bird. Still, as majestic as Pithecophaga jefferyi looked in photos, the maya continued to fascinate me. Unlike the eagle, I’d actually seen a live maya up close. And if you’ve ever set foot in the Philippines, odds are you have as well.

In virtually any city, you’d see flocks of the little fellows perched on power lines. They’re also scattered across rural areas, nesting in hollow old trees or rice fields. In fact, any Filipino could easily point to the nearest maya.

Just probably not the right one, though.

In the Philippines, the word “maya” refers to more than one kind of bird. There’s the chestnut munia (Lonchura atricapilla), which is the “true” maya, the real former national bird. Small and stout, it has a black head and a reddish-brown body, and prefers open fields and grassy areas. 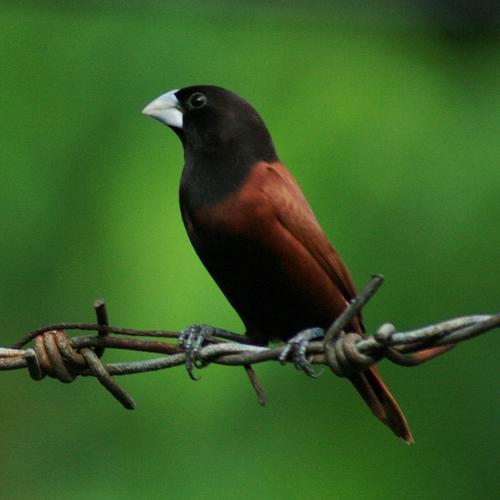 And there’s the aforementioned ubiquitous bird: the Eurasian tree sparrow (Passer montanus). Despite its prevalence, it isn’t an endemic species. Allegedly introduced by Spanish colonizers, the Eurasian tree sparrow quickly adapted. Aside from having no real natural predators in the Philippines, it’s quite adept at foraging through garbage, and could easily nest in trees and buildings. The Philippines also happens to be among the world’s largest producers of rice, the bird’s favorite snack. (This palate preference is why the bird has a rather unflattering nickname: “winged rat.”) 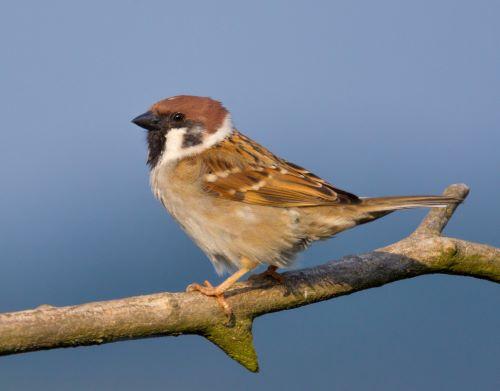 Despite this, no one really seemed to mind. And so, this formerly alien avian—a familiar face in some areas, a perennial pest in others—flourished to the point where ordinary folk and educational materials alike identified it as an entirely different bird.

One can argue, of course, that this isn’t really that much of an issue anymore. It’s safe to say that P. montanus has already successfully integrated itself into Philippine cities and provinces. In fact, conservationists have been sounding alarms about P. montanus‘ apparent population decline, and are calling for swift action to save it (alongside other common urban birds).

Sadly, when it comes to species introductions, the case of the impostor maya is the exception, not the rule.

Any plant or animal species brought into a completely unfamiliar environment via human intervention, whether intentionally or accidentally, is considered nonnative.

Many nonnative species become acclimated to their new surroundings, adapting accordingly in order to survive. Some reproduce quickly enough to keep their populations steadily growing, even without our assistance. And others may ultimately prove ill-equipped to survive in the new environment.

Things start turning ugly, though, when a nonnative species turns invasive—that is, when it demonstrates the ability to decimate (or even eliminate) one or more native species. Invasive alien species are a major driver of global biodiversity loss, second only to habitat destruction.

In 2016, a team of experts mapped out which areas across the planet are most susceptible to invasive flora and fauna. They found that large regions of Southeast Asia were particularly at risk, especially given the region’s remarkable biodiversity.

The ASEAN Centre for Biodiversity has data on over 200 nonnative species introduced to the Southeast Asian region. At least a fifth of them are recognized as the world’s worst invasive species by the International Union for Conservation of Nature (IUCN), based on their overall ecological impact and ability to spread.

One notable invasive species in Southeast Asia is the yellow crazy ant (Anoplolepis gracilipes). First documented in Singapore in 1857, it’s one of the largest and most ecologically damaging invasive ant species on the planet. The species’ manic movements earned it its name; its infiltration of various ecosystems, resulting in the destruction of key species worldwide, gave it its reputation. Interestingly, despite its presence in Singapore being known for over a century, the full extent of its impact on the country’s biodiversity has not been properly studied. 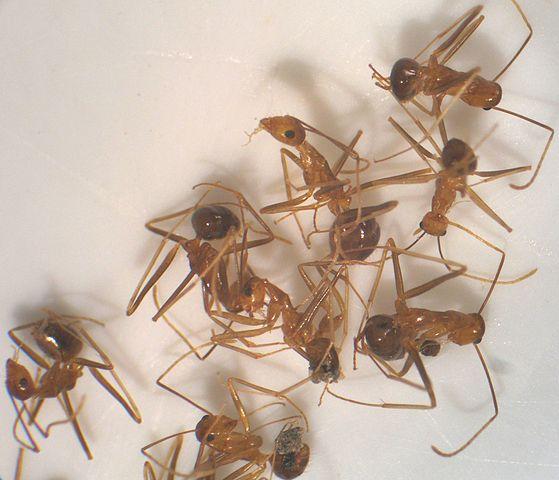 Another species, the common water hyacinth (Eichhornia crassipes), was introduced in Thailand over a hundred years ago for ornamental purposes. This would have been fine, were it not for the fact that it’s one of the world’s worst invasive plant species. It proliferates rapidly, clogging waterways, blocking aquatic plants’ access to sunlight, and thoroughly disrupting the ecosystem. Its potentially devastating effects on Thailand’s economy and biodiversity prompted military personnel to manually remove entire carpet-like clusters of the plant, known locally as phak tob java. Unfortunately, the rainy season means the reemergence of thousands of water hyacinths, making this clean-up endeavor a yearly struggle. 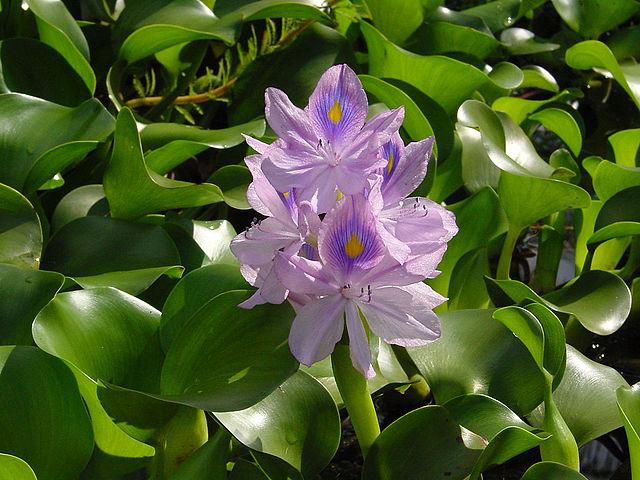 Welcomed to the Philippines

Based on 2016 data, the Philippines has the greatest number of invasive species in Southeast Asia. It’s also the 36th most invaded country in the world.

In its National Invasive Species Strategy and Action Plan, the Philippines’ Biodiversity Management Bureau explained that many invasive species start out as nonnative species introduced for practical and recreational purposes. However, for various reasons, things don’t always go as smoothly as planned.

Invasion by alien species in the Philippines is a result of one or any combination of the following factors: (a) transport of organisms to a new habitat – this could be between islands within a country or between countries; (b) establishment and propagation of the alien species in the new habitat–either in natural or manmade habitats, such as enclosures, lakes, reforestation areas, and gardens; and (c) uncontrolled spread from initial population over large area[s]–either through deliberate release or accidental escape.

The mangium (Acacia mangium), for instance, was brought in from Sabah in 1960 to boost local reforestation efforts. Unfortunately, its rapid growth rate and seed production made it a threat to indigenous plants, not to mention the fact that it hosts a particularly pestilent type of beetle. 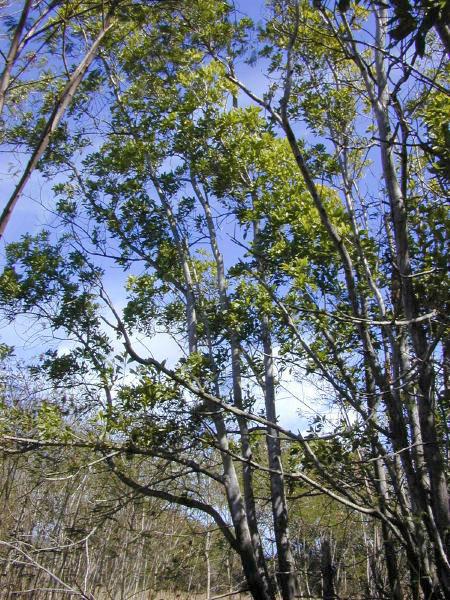 Even the seemingly innocent act of freeing pets can have disastrous consequences.

Since it first set foot in the Philippines, the Chinese softshell turtle (Pelodiscus sinensi) has gone from exotic pet to extreme pest. Reports from different regions of Luzon attest to this turtle’s voracious appetite for various aquatic fauna, making it an absolute ecological nightmare. 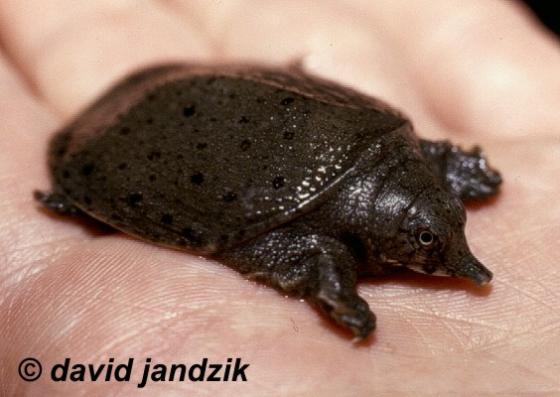 Among all of the invasive species in the Philippines, though, the golden apple snail (Pomacea canaliculata, or the “golden kuhol”) is perhaps the most infamous. Imported from South America via Taiwan in the early 1980s, they were intended to be bred and sold as food items due to their high protein content and rapid reproduction rate. Sadly, consumers didn’t bite—and worse, some of the snails escaped captivity and ended up in Luzon’s rice fields. 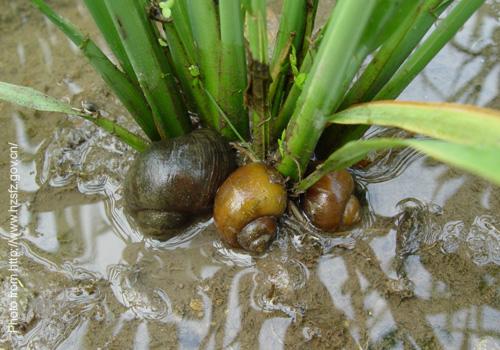 The snails (and the farmers themselves, to their horror) soon discovered that rice fields made for exceptional breeding grounds. The fields had adequate shelter, abundant food, and virtually no natural predators for the snails. With females capable of laying up to 500 eggs a week, the math isn’t too complicated. To this day, the species remains the country’s top rice pest, infesting nearly 1.6 million hectares of rice fields.

Occasionally, species invasion starts at the hands of local officials themselves. In 2018, the Indonesian government seeded the Inlet 3 River with water hyacinth for aesthetic and anti-pollution purposes. Experts slammed the move, citing the plant’s well-documented reputation as an ecological threat.

Meanwhile, the ongoing dengue outbreak in the Philippines has prompted not one, but two major species introductions. The country’s Bureau of Fisheries and Aquatic Resources recently greenlit the release of about 6,000 mosquitofish (Gambusia affinis) in the country’s third largest province, Pangasinan.

Similarly, barangay officials in Quezon City acquired and released over a thousand “bullfrogs.” In reality, they were actually cane toads (Rhinella marina), a notoriously venomous species. Both were attempts to cull mosquito populations, with the latter seemingly based more on anecdotal evidence than hard science. 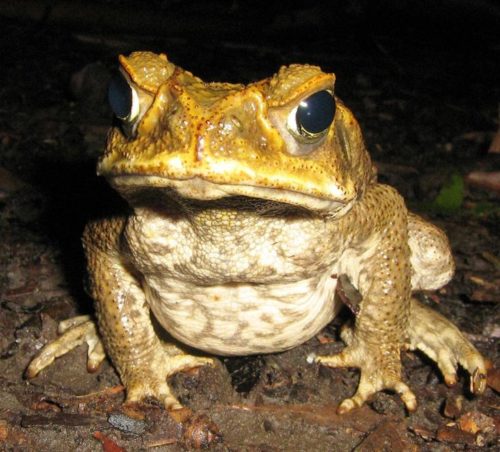 Unsurprisingly, these raised the ire of local scientists. Calling these moves a “recipe for ecological disaster,” experts from the University of the Philippines Diliman’s Institute of Biology cited numerous studies showing that mosquitofish aren’t exactly the most effective species for controlling mosquito populations. For starters, they feed on various invertebrates and plankton, not just mosquitoes. They’re also brutally opportunistic, injuring and killing smaller aquatic vertebrates to eliminate any competition. Likewise, the cane toad is an aggressive predator, and its venom is potentially lethal to small mammals and even humans.

In other words, these well-meaning attempts to address a major problem may have inadvertently created new ones.

Admittedly, managing invasive species is inherently complex. Their damaging effects are neither obvious nor immediately noticeable. It often takes a long time (and a lot of research) to determine these, which is why coming up with an effective nationwide anti-invasion strategy can be an arduous task for any country.

Last July, the Philippines hosted a three-day conference on invasive species management, with experts and stakeholders from various parts of Southeast Asia. While such attempts at international cooperation are indeed necessary, intensified education initiatives, improved policy implementation, localized long-term research, and increased coordination between governments and scientists in their respective countries should be prioritized as well.

Otherwise, if too many invasive species start feeling at home, misidentified animals will certainly be the least of everyone’s worries.