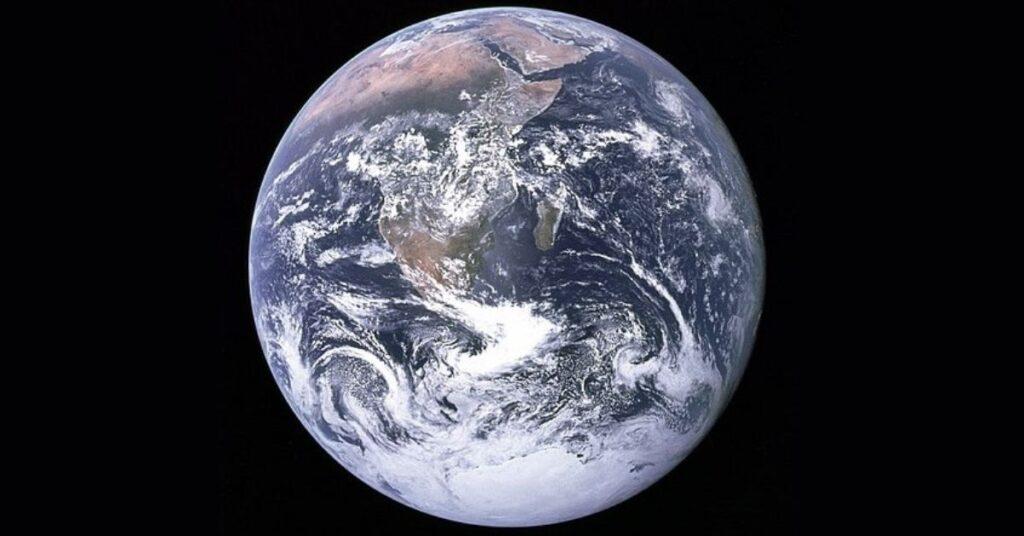 On December 7, 1972, a space shutterbug snapped a stolen shot that shocked science and stunned society.

Astronaut Photo AS17-148-22727 is an image that pretty much everyone has seen at least once in their lifetime: an almost fully illuminated, glass-like sphere, with swirls of white across its deep blue surface. Aptly nicknamed “The Blue Marble,” this iconic snapshot of our planet is attributed to the three-man crew of Apollo 17, NASA’s final Apollo mission. “The Blue Marble” is one of, if not the most widely reproduced and distributed photo ever.

It’s also an insanely lucky shot, and one that almost never existed. And to this day, we’re still not sure whether it was Eugene Cernan, Ron Evans, or Harrison Schmitt who took it.

Contrary to what one might think, taking a clear photo of Earth‘s entirety from space is far from simple. For starters, you’d need to be at least 32,187 km (20,000 mi) away to witness its full globular glory. You’d also have to be at a precise position between Earth and the Sun to prevent any shadows from showing up on the image, which is easier said than done when you’re in a moving spacecraft.

Furthermore, every single aspect of the Apollo missions was planned and scheduled, including photo sessions. Given how there were only 23 magazines (12 color, 11 black-and-white) for the 70mm Hasselblad cameras aboard the spacecraft, every shot had to be planned. This photo—with a timestamp that didn’t match any of the scheduled shoots—certainly wasn’t.

Oh, and the mystery photographer (whom many believe was Schmitt) was reportedly holding the camera upside down, which was why the original version of the photo showed Antarctica on top of the globe. (Most of the reproduced versions are inverted.)

Even though today’s technology allows us to assemble detailed photos of Earth with space data, “The Blue Marble” remains as iconic as ever, and still holds incredible significance. Despite the fact that it wasn’t actually the first true-color photo of our planet, it was the first one that most of the public saw. Additionally, the Apollo 17 mission was the last time a human being traveled far enough into space to have the opportunity to take such a breathtaking photo.

Thus, one can say that on the day humanity got a full glimpse of its home, the stars were aligned.