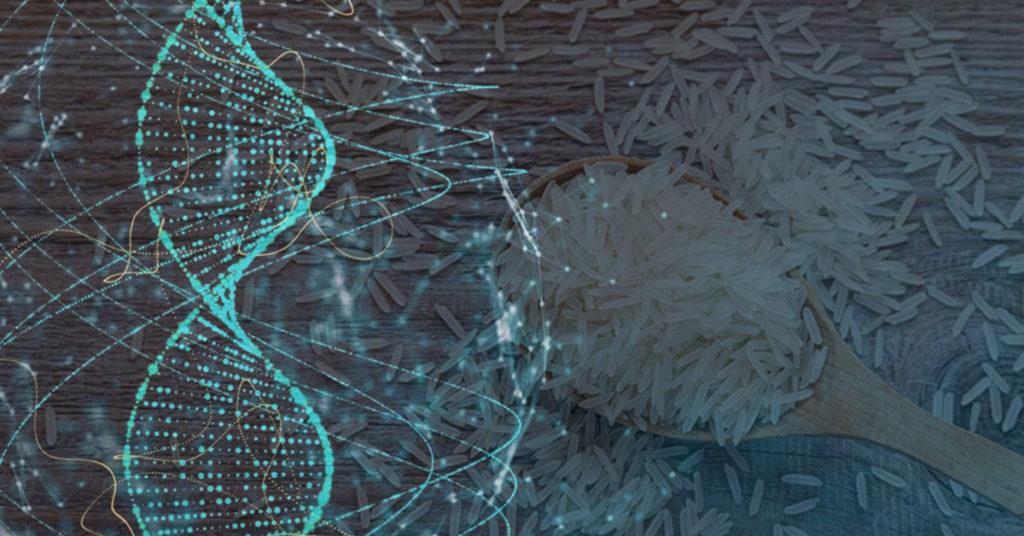 •Using nanopore sequencing technology, researchers from NYU created “genetic blueprints” of two basmati rice varieties, Basmati 334 and Dom Sufid.
•The genome sequences, by far the most comprehensive and complete for these varieties, are available for download online at no cost.
•The researchers hope that breeders all over the world can use the data to grow drought-tolerant, bacterial-resistant rice variants.

If you love Indian or Persian cuisine, you’ve probably already tried basmati rice. This imported, long-grain rice variety is famous for its unique texture, taste, and fragrance. Highly sought after as a premium alternative to the types of rice predominantly grown in the Philippines, the so-called “Queen of Perfumed Rice” commands an equally royal price tag.

There are quite a few types of basmati rice available for mass consumption, including a particularly drought-tolerant, bacterial-resistant variety called Basmati 334. Interestingly enough, despite the demand for this high-priced rice, we know little about its evolution, especially when it comes to why it developed such unique characteristics in the first place.

This lack of data prompted a team of researchers from the New York University (NYU) Center for Genomics and Systems Biology, including a Filipino-American scientist, to create a high-quality “genetic blueprint” of basmati rice. Their findings were published last month in Genome Biology, and can have major implications for rice growers worldwide.

“Genome sequencing is reading our entire genetic makeup, so we know the entire code that is important in making us an individual,” stated Dr. Michael Purugganan, senior author of the study, in an interview with FlipScience. “For rice, it means getting to read the entire genetic make-up of a rice variety.”

In this study, the team used nanopore sequencing technology, a procedure that makes fast sequencing of long single molecules of DNA possible. They focused on two basmati rice varieties: Iran’s aromatic Dom Sufid, and the aforementioned Basmati 334 from Pakistan.

“We focused on basmati for several reasons,” Purugganan, the Silver Professor of Biology at NYU, explained. Aside from basmati being an “iconic” group of rice varieties, the researchers wanted to help breeders discover how to unlock drought tolerance and resistance to bacterial blight diseases in rice.

This is especially useful now, as the world braces for the potential impact of climate change on food security.

Prior to the study, a different team from China used short-read sequencing for the same purpose. Short-read sequencing involves breaking DNA into smaller pieces, then reassembling it. However, this procedure results in missing gaps and sequences. Using the nanopore sequencing technique developed by their collaborator Oxford Nanopore Technologies, the team was able to fill in these gaps.

It took the team a few weeks to put the genome together, after spending about a week on obtaining the new set of sequence data.

“We actually had an original sequence done in the summer of 2018, but we weren’t satisfied with the quality, as it had a lot of gaps in the data,” Purugganan expounded. “So we decided to add another sequencing run, and our paper is based on combining the data from those two runs.”

According to Purugganan, the other team’s study prompted them to see if they could come up with a better genome sequence assembly. He also revealed that while other methods of long-read sequencing exist, they aimed to demonstrate that nanopore sequencing was the most efficient one.

“One of the reasons we did this project is we wanted to show that nanopore sequencing technology was good enough to do genome sequencing of plant genomes from scratch, and do it faster and cheaper—and in many ways, better than other technologies.”

Moreover, the findings proved that basmati rice is a hybrid of japonica rice (from East and Southeast Asia) and aus rice (from Bangladesh). Interestingly, they were also able to show the differences in basmati rice varieties based on which parts of Asia they came from.

Purugganan and the team aren’t stopping there, though, as they plan to take a closer look at other rice groups in the near future.

The rise of better rice?

With the newly assembled basmati rice genome sequence, the next step involves finding the “key” genes for resilient traits and incorporating them into new varieties.

Thus, the team is enouraging breeders and geneticists to download and study the data.

“We wanted to sequence basmati in part so that we could make its genome sequence available for free to the international community,” shared Purugganan, “and we have accomplished this.”

Back in 2012, the Department of Agriculture (DA) announced that it was supporting the development of basmati rice as one of the country’s flagship export products. Working with the Philippine Rice Research Institute (PhilRice), the agency approved regional evaluation and on-farm production trials of three basmati varieties, Basmati 370, 385, and CLS-1.

Despite this, it appears that sustainably growing basmati rice in the Philippines—or at least, growing enough to eliminate the need to import—remains a challenge, nearly a decade later.

“Hopefully, one can figure out how to breed a basmati variety that is adapted to the Philippines,” said Purugganan, who is optimistic that the genome sequence can help breeders in this area. “But that is a question for the breeders!”