Published on November 15, 2019 by Macy Añonuevo 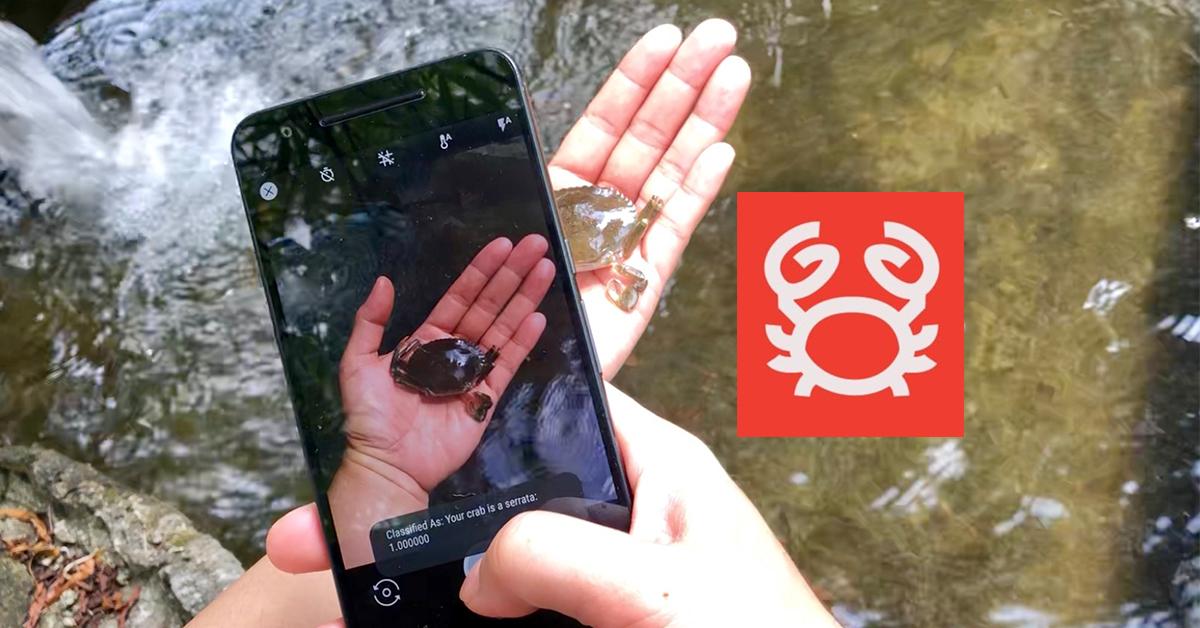 •The misidentification of Scylla (mud crab) species presents a major problem for Filipino fishers, as it severely affects their livelihood.
•To address this, researchers from De La Salle University developed Crabifier, a smartphone app for correctly identifying juvenile mud crabs.
•The app has the potential to positively impact the overall sustainability of the mud crab aquaculture industry.

Fishermen are some of the poorest Filipinos, with about 34% of fishers earning less than the ₱10,500 (US$ 210) a month minimum needed to sustain a family of five members.

Unfortunately, this leads to conflicts between livelihood and environmental protection; the marginalized fishers are more concerned about survival and eating today rather than preserving the environment and eating tomorrow.

Getting specific about crab species

Mud crabs are a 6.7 billion-peso (approximately US$ 128.5 million) industry in the Philippines. Filipino fishers typically catch juveniles from mangrove areas or buy them from traders, then fatten them up in grow-out ponds. The juveniles are available in various developmental stages, from instar to early juvenile and subjuvenile. Although they take one to three months to grow big enough to sell (at 8 to 11 cm across the carapace, depending on the species) and have a higher mortality rate, many fishers still choose to raise younger crabs because they are cheaper to buy.

Three mud crab species are cultured in the Philippines: Scylla serrata, Scylla olivacea, and Scylla tranquebarica. The king mangrove crab (S. serrata) is the preferred species, because it grows faster and 30-40% bigger than S. olivacea and S. tranquebarica.

At the juvenile stage, however, all three species look alike. The species identifying features, such as the frontal lobe spine shape and inner carpus spines, only become obvious when they reach marketable size.

Herein lies the problem: Crabs are priced based on weight and sex. As a result, the confusion between species leaves fishers vulnerable to unscrupulous traders who sell them the wrong species. To compensate for potentially lost income, fishers may also spend more on overstocking on juveniles and building larger fattening ponds.

This is where Crabifier comes in.

Identified in a snap

To accomplish this, the PLG team photographed the frontal lobe spine shape of sample crablets and identified the same crablets to the species level using molecular markers. The image analysis software then converted the spine shapes into Fourier components. These are mathematical values that can be analyzed using multivariate statistics to find similarities not easily seen. 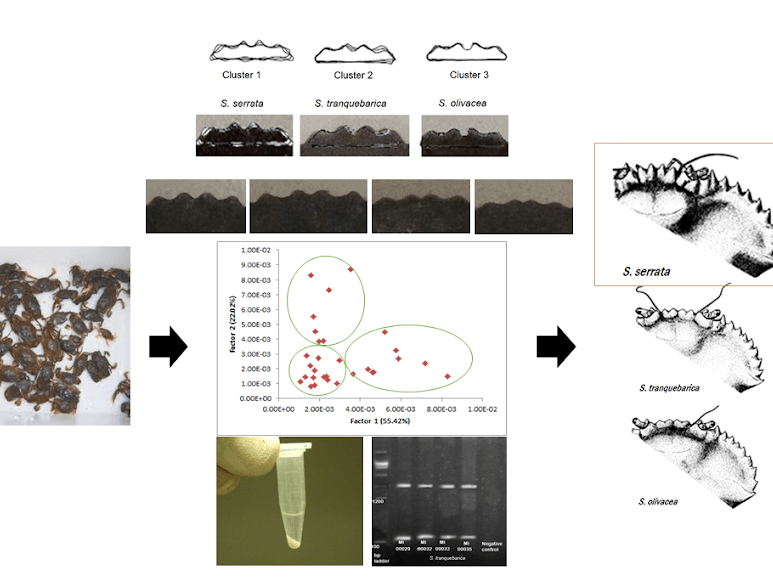 Discriminant analysis showed that the Fourier components assigned more than 90% of the S. serrata, S. tranquebarica, and S. olivacea crablets to the right group. The researchers then merged the frontal lobe spine shapes of the same species to create the reference shape for each of the species.

To test the program’s accuracy, they tested it against another group of pre-identified crablets. The result? The program correctly identified over 80% of the test instars and juveniles. To increase its usefulness in the field, the PLG team transformed their program into a mobile phone app.

“So far, we’ve deployed Crabifier in SEAFDEC (Southeast Asian Fisheries Development Center) Iloilo, where we used it alongside fishers who were sorting the crablets per size,” says Dr. Chona Camille VinceCruz-Abeledo, the project’s lead scientist. “From their initial feedback, the app was improved then deployed in Buguey, Cagayan, the mangrove crab capital of the Philippines. We’ve also tested the app in SEAFDEC Binagonan with traders from Bicol.”

While Crabifier has the potential to impact the lives of fishers around the country, its development was largely accidental.

As Dr. VinceCruz-Abeledo explained: “We actually set out to study population genetic structure, which needs the correct species identification of adults. This was already a problem, so we had to revise the identification key. While I was collecting adult crabs to create the revision, the fishermen I was working with asked me why I was worrying about identifying the adults when the juveniles were more problematic.”

According to Dr. VinceCruz-Abeledo, she searched the literature, but couldn’t find any references for the physical markers for juvenile Scylla. “That’s when I tried using image analysis software to find subtle differences in the shape of the carapace and cross-referenced them to identification done using molecular markers. Considering the tediousness of the process, we thought making a mobile app would make things faster and simpler. The current version of Crabifier can identify the Scylla species instantaneously, for as long as the crab is dorsal carapace up.”

The fishers’ feedback has been largely positive. “The concerns so far are to make the app faster and not need the internet to work,” Dr. VinceCruz-Abeledo shared. “We’ve already updated the app to address those concerns and we’re all set to deploy the app to more fishers in Luzon, Visayas, and Mindanao within the next three years.”

Aside from developing the app, Dr. VinceCruz-Abeledo and the PGL team are also working on mechanizing and automating the identification and sorting processes so that they can be done at scale. “We’re working with researchers from the Gokongwei College of Engineering in DLSU to possibly create a sorting mechanism that uses the app to identify crablets then automatically sorts them into separate piles. This way, you don’t need to take pictures of each crablet and sort them manually. This is in the earliest planning stage and we hope to have the proposal completed within the next six months.”

The increased income for some of the country’s poorest is just one of Crabifier’s potential impacts to the overall sustainability of the mud crab aquaculture industry.

The fishers also usually clear mangrove trees for their fattening ponds. By maximizing the output of their current ponds, there’s no need to clear more mangroves for more income.

“Having more mangrove trees near their area could also mean more opportunities for them to just catch their own crablets from the wild, instead of relying on traders,” added Dr. VinceCruz-Abeledo. –MF